Saying Yes Leads to Job at Duke for Theater Alumnus 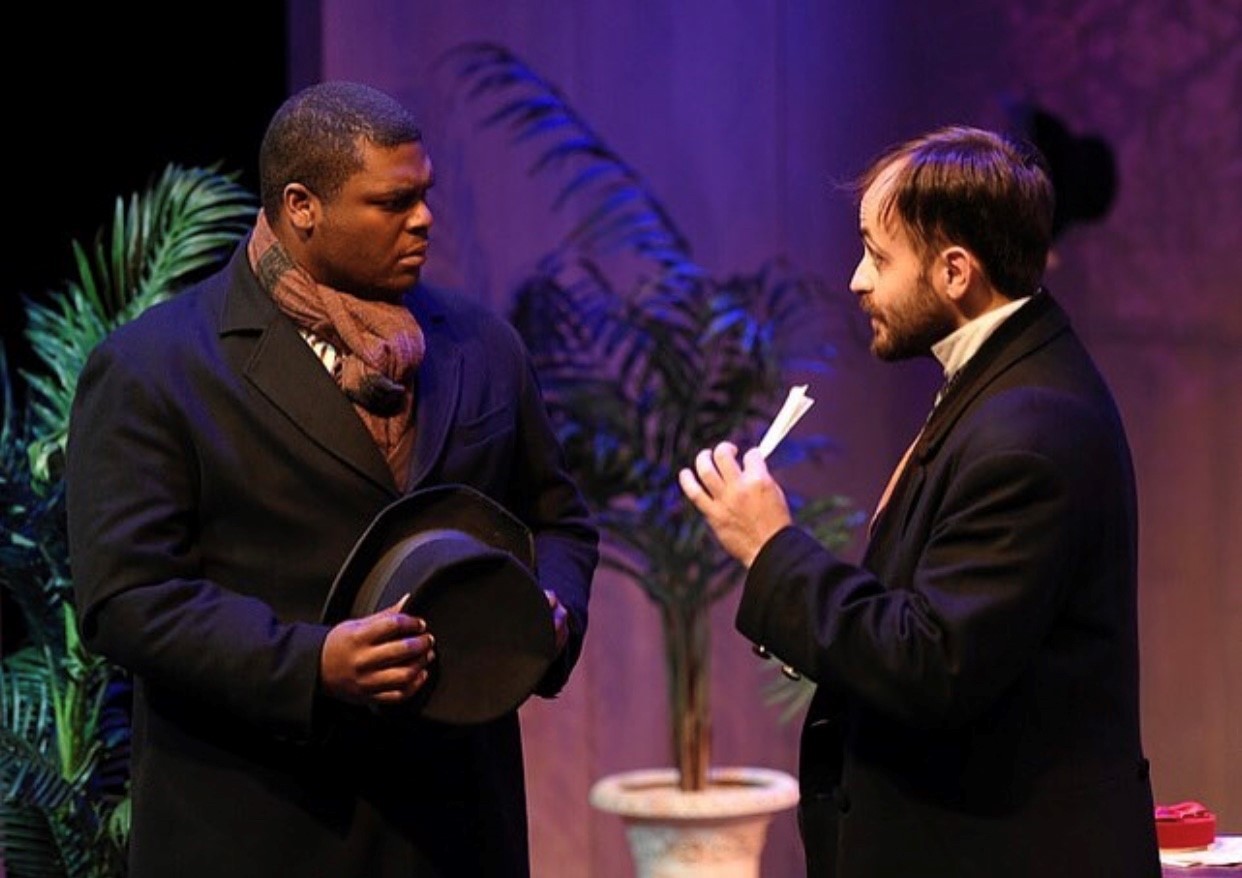 CSUSM theater alumnus Shaun Heard (left), pictured performing in a play, has been hired as a full-time artist in residence at Duke for this fall.

One of the foundational rules of improvisational comedy is to say yes. To use a common example, if you’re performing a skit with a partner and they point their finger at you and exclaim, “Freeze, I have a gun,” the scene won’t go very far if you observe that that’s not in fact a gun. You have to say yes to the idea of a finger for a gun.

Shaun Heard learned that bit of wisdom during an acting class somewhere along the line. But really, he has been applying it for most of his life, and continues to do so to this day.

As a high school senior in Pasadena, Heard was urged by his English teacher, who saw innate talent, to join the drama club, which would require him to arrive an hour late to football practice every day. Heard said yes.

As a freshman at Cal State San Marcos in 2009 planning to pursue a nursing degree, he spotted a bulletin board flyer seeking African-American students to audition for a campus play. He said yes.

As a master’s student in acting at USC, Heard was approached near the end of his program by his CSUSM mentor, dangling the opportunity to teach a class at his alma mater. He said no, then thought better of it and said yes. 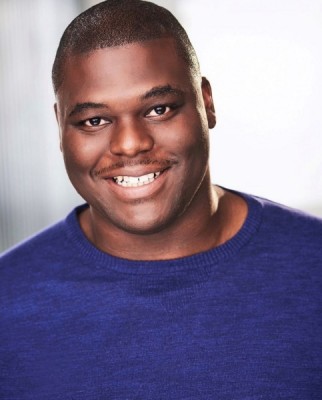 And when that initial lecturing gig led to a chance to teach an acting workshop at Duke University this spring, Heard said yes again. The net result of all of those affirmations is that, as of this fall, the 29-year-old will be an artist in residence in Duke’s Department of Theater Studies, teaching acting full-time at one of the nation’s most esteemed universities. He will also find time to continue as an online lecturer at CSUSM and Sacramento State, and squeeze in gigs as an actor and writer in TV, film and theater.

Of his impending move across the country to Durham, N.C., where he’ll be teaching four classes in person this fall, Heard said: “It’s all new and scary, and I’ve learned throughout my career that most things that are new and scary are great for me. So I’m jumping in there and crossing my fingers, closing my eyes and hoping I land on my feet.”

As with many openings in Hollywood and Broadway, Heard’s job at Duke came as much from who he knows as what he knows. During his graduate studies at USC, he formed a tight bond with David Warshofsky, who’s the director of the Master of Fine Arts acting program in addition to being a veteran character actor, with “Captain Phillips,” “Lincoln,” and “Born on the Fourth of July” among his notable credits. Through industry connections, Warshofsky discovered that Duke was seeking African-American instructors as a means of diversifying its theater faculty.

This spring, with more than two years of teaching experience at CSUSM under his belt, Heard led workshops in introductory and advanced acting, but he says he felt like he was really giving a Black perspective on theater study. This fall, one of his four classes will be tailored to Black students and will focus on the works of Black playwrights.

“Doing the workshops, it was warming to see a lot of African-American students who seemed like they were longing for that connection,” he said. “In my time at CSUSM and USC, I never once had a Black teacher. So that was inspiring for me to see that things are changing. I commend Duke and I am really excited to get the ball rolling.”

Heard grew up in Pasadena as the youngest of four kids, but his siblings were all at least 11 when he was born, so in many ways his experience was that of an only child. He was a voracious reader who would retreat to his closet to devour the plays of Shakespeare. He would make up stories and get lost in his imagination.

None of his siblings nor his parents cared much for the theater. His father was a high school football and basketball coach who superimposed many of his own dreams of athletic glory onto his son. Shaun indulged his father and grew to be an imposing football player at 6-foot-3 and 250 pounds, but his passion had been for theater since he saw “A Midsummer Night’s Dream” at the Pasadena Playhouse at age 8.

“It changed my life forever, and I knew that I wanted to be on stage,” Heard said.

Everything came to a head during his senior year at John Muir High School, when his decision to join the drama club first caused him to be late to football practice before he ultimately chose to quit the team altogether. His father, and coach, took the news so hard that he cut off contact with Shaun for several years (they have since reconciled, and Heard says his dad has become one of his biggest professional supporters).

The first person in his family to attend college, Heard went to CSUSM on an academic scholarship with nine of his Muir classmates through the support of a regional nonprofit. He intended to study nursing because it was the most lucrative career he could think of that wouldn’t require graduate school, but theater kept inserting itself into the picture. That fateful flyer he happened upon led to the lead part in a play called “Just Passing Through,” the first of more than a dozen productions he acted in over the next five years.

Through it all, his muse was theater professor Judy Bauerlein, who met Heard through the CSUSM New Play Festival when he was a freshman.

“Shaun is a really good comedian; he’s truthful and funny and very reliable. I think that’s what I was most impressed with initially,” Bauerlein said. “Later, during our Acting Shakespeare class where he played Othello, I realized that he was a great dramatic actor, too.”

Heard connected deeply with not only Bauerlein, but also her son Max, whom she and her husband adopted as a 2-year-old in 2010.

“I would go to her office and babysit her son for hours, and I would read Shakespeare to him,” Heard recalled. “Our relationship formed through the theater, but it was the love of her son that really brought us together. Judy and I kind of became family. She’s everything to me.”

“Students need to see that acting is a process; it’s not something that just happens overnight without great effort and commitment,” she said. “It’s a lifelong pursuit, and it just keeps getting better if you keep doing the work. As a recent graduate of one of the best MFAs in the country, Shaun brings a wealth of knowledge to our program. He’s living his life as a young professional actor, and he shares his knowledge and experience with our students.”

Heard’s first love remains the theater, but he understands that it doesn’t exactly pay the bills, so his team of representatives in Los Angeles and New York have been trying to secure roles in movies, TV and commercials. His IMDb page features 13 acting credits, with most of his work appearing in short films. He created two short videos during the pandemic that went viral, including one called “I Can’t Breathe” produced in the wake of the murder of George Floyd, and he also has written a TV pilot about a Black family and the supernatural that he’s currently pitching.

Whatever the future holds, he expects to keep saying yes.

Saying Yes Leads to Job at Duke for Theater Alumnus