Steps Magazine | CSUSM's Own Arena on the Horizon 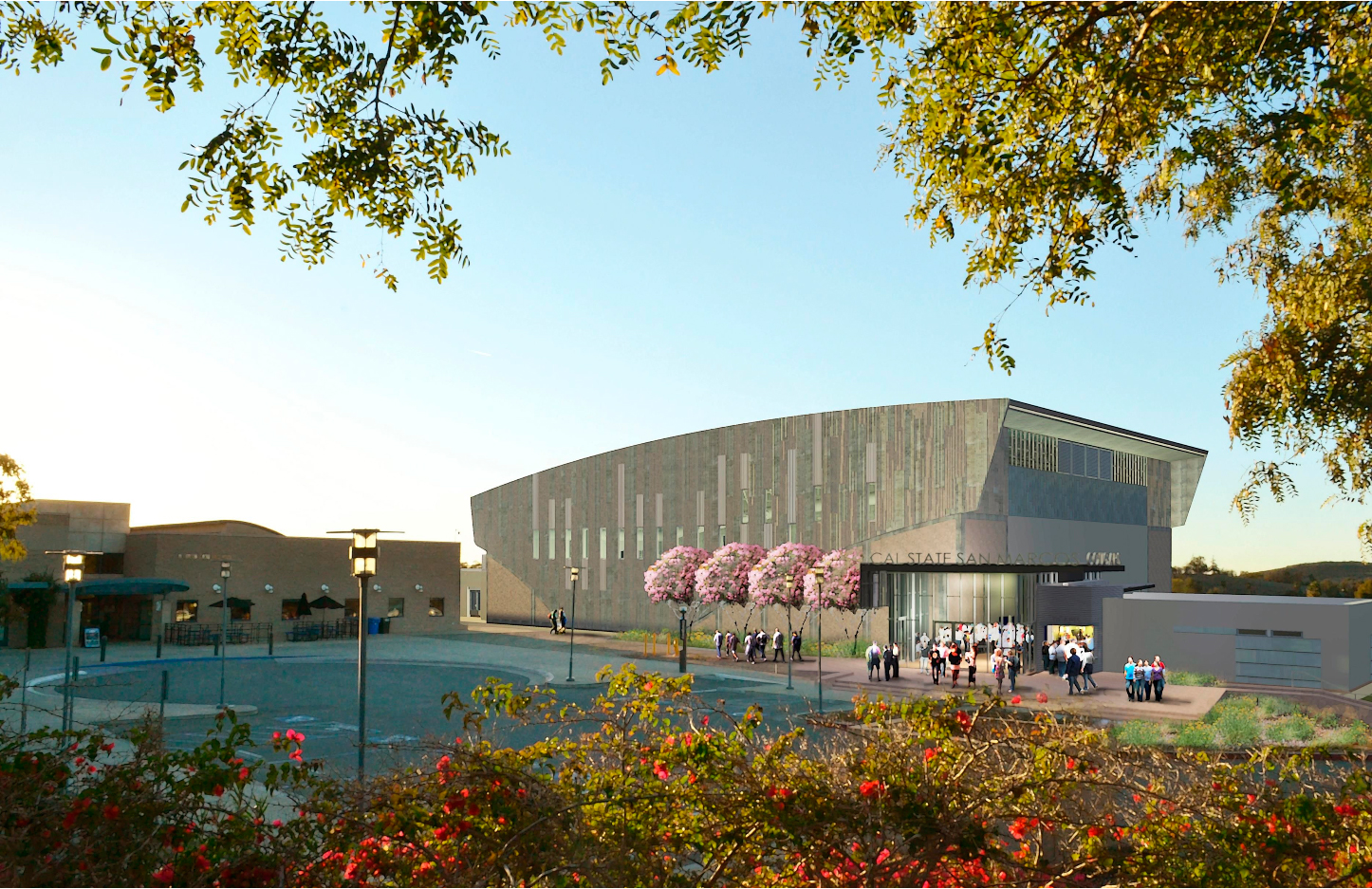 Potential Athletics Arena
For illustrative purposes only. Design to be determined.

Cal State San Marcos Athletics has two huge projects on the horizon. After 15 years competing in the NAIA, the University has applied for NCAA Division II status; in addition, plans are in place to construct a multipurpose arena on campus by the fall of 2016.

If accepted into candidacy for NCAA Division II in mid-July, the transition to full Division II membership would take place over three years. CSUSM would compete in the NAIA in 2014-2015, start playing a NCAA Division II schedule in the fall of 2015, and would have postseason eligibility and full NCAA DII state starting in the 2017-2018 season.

Moving to the NCAA will enable the Cougars to join the California Collegiate Athletic Association (CCAA), a conference That boasts 12 public universities in California,-including 11 CSU schools and UC San Diego.

"CSUSM Athletics is ready to take that next step in the department's competitive growth. That next step for us is becoming a part of the NCAA Division II as a member," said CSUSM Director of Athletics Jennifer Milo. "Our coaches, staff and student-athletes have worked extremely hard to build a strong foundation that will give us the opportunity to have an immediate impact in the NCAA and the CCAA. We are ready to take the next step. "

Plans are under way to build a useful state-of-the-art, on-campus arena to enhance the CSUSM student experience. The project will commence in the fall of 2014 with the goal of being completed in time for the 2016-2017 volleyball and basketball seasons.

In addition to hosting home athletic events, the arena will be utilized for campus recreation opportunities, lecture series and numerous at community events. Included in the project will be locker and team rooms for the volleyball and basketball programs, LED lighting, visitor locker rooms, an athletics lounge, media room, a full-service concession stand, a laundry room and an expanded sports medicine room.

CSUSM Athletics is ready to take that next competitive step in the department’s growth.

CSUSM's Own Athletics Arena is on the Horizon! @CSUSMCougars