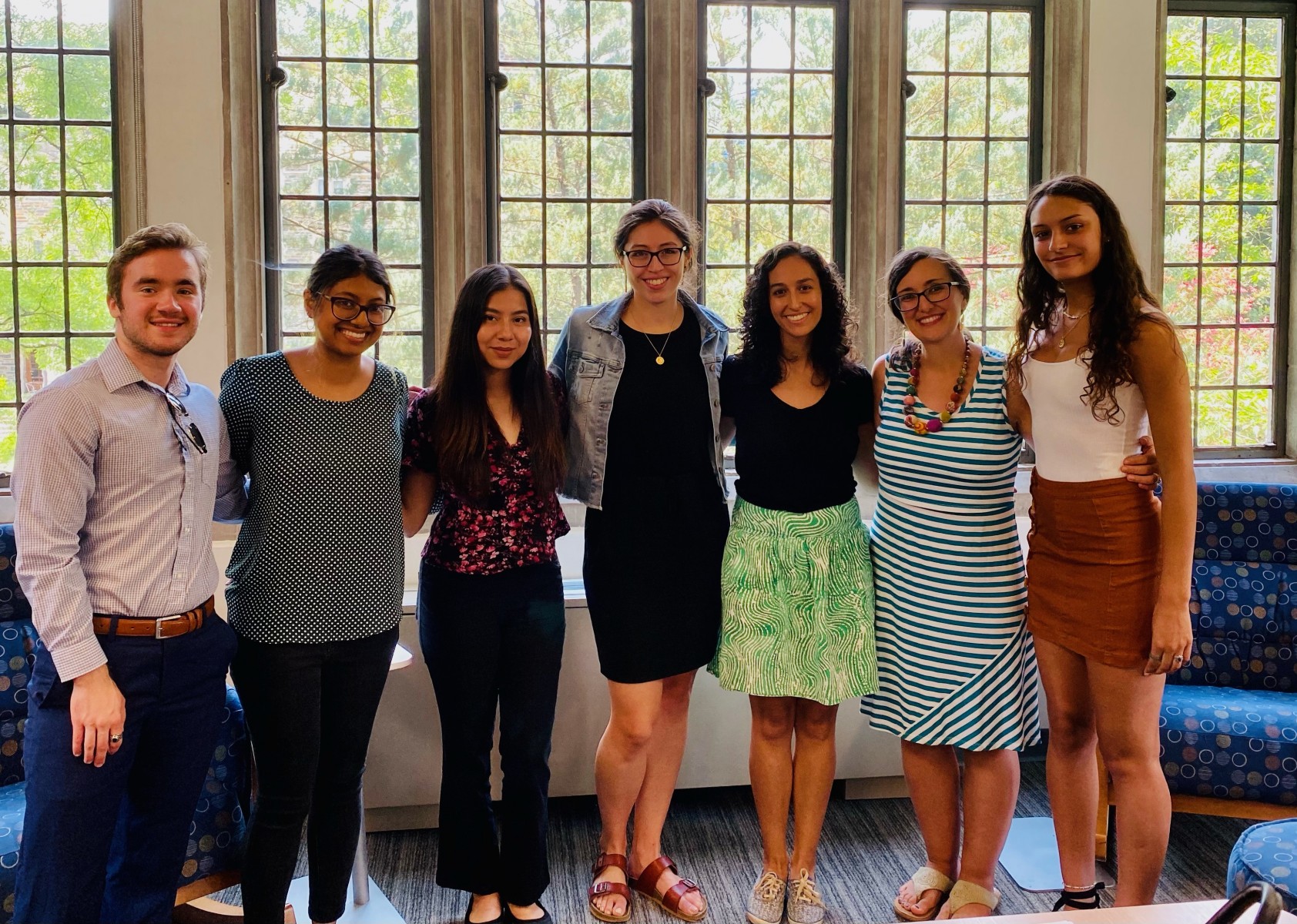 CSUSM student Ruby Reyes (third from left) is pictured with members of the Identity & Diversity Lab at Duke University, where she participated in a summer research program.

The end of the semester last spring was always going to be a challenge for Ruby Reyes. The Cal State San Marcos student had to juggle final exams and projects in her human development classes with her job working in the DREAMer Resource Office and several other involvements across campus.

Reyes, though, went and made her tasks even more difficult, though simultaneously more fulfilling. She wrapped up her semester duties from the other side of the country while acclimating herself for an unforgettable summer spent at one of the finest academic institutions in the United States.

Reyes, now in her final year at CSUSM, is back in Southern California after participating in the Summer Research Experience for Undergraduates at Duke University in Durham, N.C. The program through Duke’s psychology and neuroscience department is designed to provide underrepresented students with the “skills, socialization, connection and continuity to begin developing a scholar-researcher identity.”

Out of about 600 students who applied to the program, Reyes was one of only eight who were selected, and the only one from the West Coast.

“I was pretty shocked,” Reyes said. “Duke is a prestigious institute, and as an underrepresented student, I really didn't think I had a very good chance. I never thought I was going to be able to get accepted to that type of school. And once I got there, it was even more shocking. I was like, ‘Am I dreaming?’ ”

Reyes discovered the Duke opportunity through the TRIO McNair Scholars program, which supports low-income or underrepresented students in pursuing research that leads to graduate studies. When she traveled to North Carolina in early May, it marked her first time leaving California for another state. Her parents and two younger sisters live in Mexico, where Ruby also resided until she decided to come to the U.S. by herself midway through high school to pursue her education. 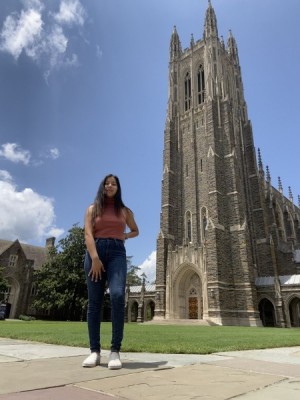 “Because my parents didn’t go to college, I thought they wouldn’t really understand the magnitude of this opportunity,” Reyes said. “I was like, ‘I got a job for the summer,’ just to simplify it for them. And they were like, ‘Oh, that’s amazing, have a good time over there.’ ”

Assigned to a dorm on Duke’s campus with several other students, Reyes spent most of her time working on her research project, either in her room or in the Identity & Diversity Lab, run by Duke psychology professor Sarah Gaither. Reyes’ two mentors for the summer were Analia Albuja, a postdoctoral fellow, and Brenda Straka, a doctoral student in social psychology.

Under their guidance, Reyes researched multiracial populations and the tendency for their racial identity to be denied or questioned. Using surveys and data analysis, she specifically focused on the predictors that a person will reassert their identity after it has been denied and questioned.

“We found that people who reported higher perceived benefits of reasserting also reported higher frequency of reassertion after they experienced identity denial and questioning,” she said. “If they believed that reasserting would be a benefit – maybe they think it will educate another person, it will make that person not deny or question in the future – then they were more likely to reassert.”

As a newcomer to that part of the country, Reyes appreciated the lush greenery and wildlife of North Carolina (she saw deer within the first week) and the beautiful Gothic architecture of Duke’s campus. She says she didn’t experience the culture shock that people warned her about, though she encountered few Mexican-Americans like her.

“I always felt welcome within the Identity & Diversity Lab,” Reyes said. “It was pretty diverse in the sense that we had students from different backgrounds, including students who were biracial. I think that really caused me to not feel like an outsider within that lab.”

The Duke experience wasn’t Reyes’ only recent research opportunity. Last April, she gave a presentation at the National Conference for Undergraduate Research on the role of family obligation and work experiences in college students’ career aspirations. As a senior at CSUSM, she continues to work as the media and data lead for the DREAMer Resource Office, and she’s also the president of two student organizations – one for McNair Scholars and the other supporting undocumented and minority students.

This semester, Reyes plans to apply to more than a dozen Ph.D. and master’s programs, with a goal of studying counseling psychology. She aspires to a career as a psychologist at a university or community-based center, helping underrepresented and marginalized populations.