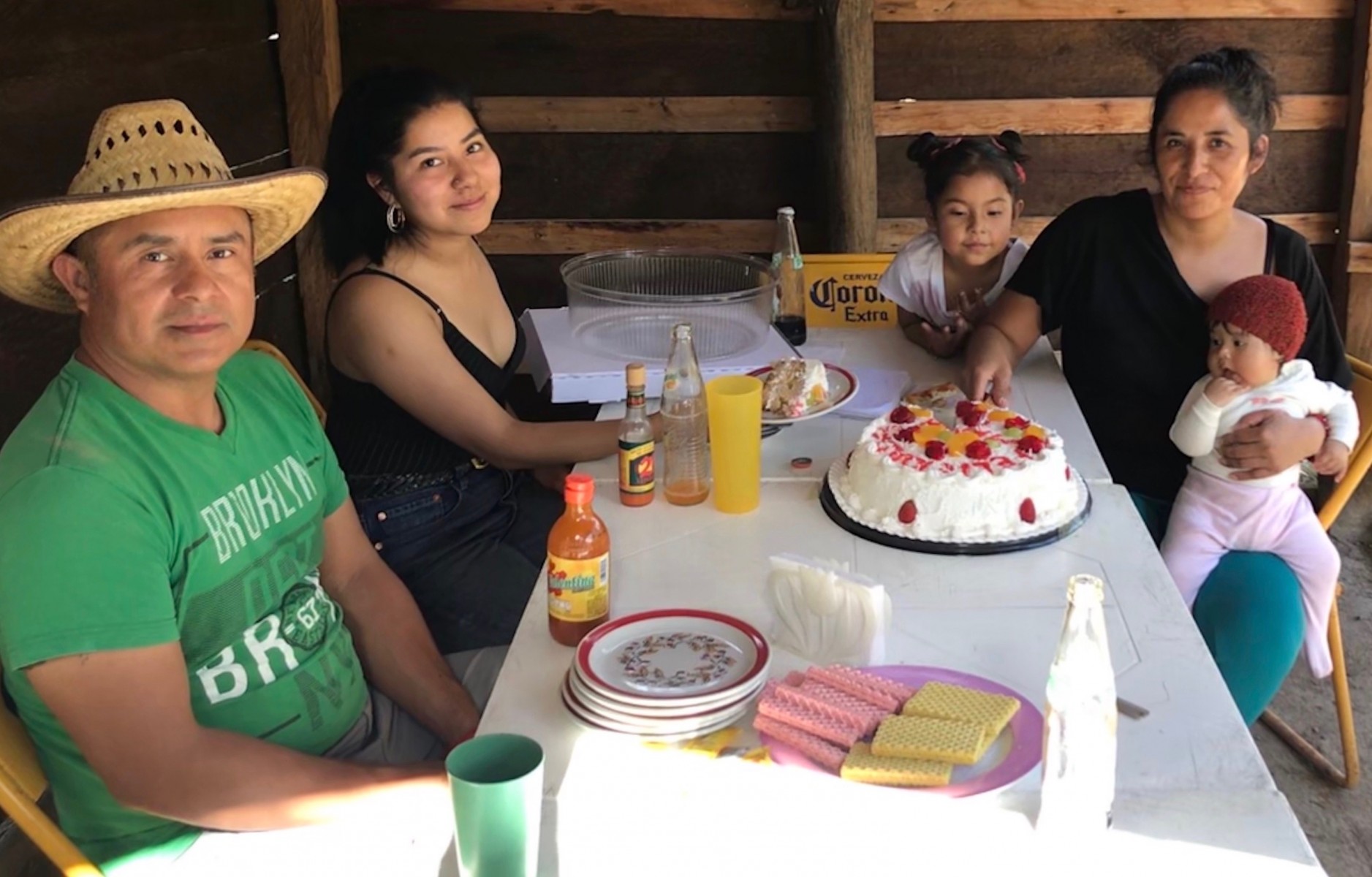 Ruby Reyes, who is majoring in human development, visited her parents and sisters in Oaxaca, Mexico, in December.

Ruby Reyes has only been able to see her parents and siblings twice over the past four years.

The first time came after Reyes got a job as a cashier and saved enough money to buy a plane ticket to Oaxaca, Mexico, surprising her family during spring break of her freshman year at Cal State San Marcos. She saved enough to visit again last December.

It’s the only face-to-face time she has had with them since moving by herself from Oaxaca to Escondido when she was 16. Reyes can’t even see them virtually – her parents don’t have internet access – so she has tried making daily phone calls part of her routine during the COVID-19 pandemic. Reyes was born in the United States but moved to Oaxaca with her family when she was 11, and the daily phone calls are a change from when she first returned to the U.S. 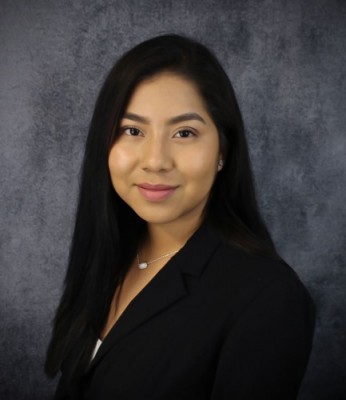 “Initially, I wouldn't call them too much when I moved back,” Reyes said. “I think just that sensation that I felt away from them made it difficult to engage in conversation, and it would just remind me that I wasn't with them. But now I’m definitely keeping contact and letting them know about everything that's going on.”

Reyes has much to share. She’s halfway to becoming the first person in her family to earn a college degree. She works as a student assistant in CSUSM’s DREAMer Resource Office, she’s part of the TRIO McNair Scholars Program and she’s an active member of the Human Development Club. She does all of this while completely supporting herself financially and, for the past year, contending with housing insecurity that had her bouncing around different living situations (including a month in emergency housing) before finally finding stability.

“She has such a big heart,” said Maria Chiem, coordinator of the DREAMer Resource Office. “I place so much emphasis on that because it's hard to find people like that. So when you do come across it, it gives you hope.”

The DREAMer Resource Office, which provides a safe space and resources for undocumented students, has become a vital part of Reyes’ life. Though she is a U.S. citizen, her parents are not. Their undocumented status and ongoing financial insecurity are what led them to return to Oaxaca when Reyes was 11.

The move wasn’t easy for Reyes. She spoke little Spanish at the time and was accustomed to the American educational system. In Oaxaca, she saw firsthand how numerous people were struggling, and her own family could only afford basic needs. Reyes’ parents even reached a point where they wanted her to drop out of school because of the financial burden.

After completing her sophomore year, Reyes made a difficult decision – she would move back to the U.S. by herself to complete high school.

“Pursuing my education here was going to provide me a better opportunity for myself, my family and my career goals,” she said. “So that really influenced me to come back, although that meant leaving my family behind and struggling at first to get used to it and navigating everything alone.”

Returning to the U.S. wasn’t as simple as completing her final two years of high school. Many of the courses Reyes took in Mexico didn’t transfer, and she had to make up eight classes in addition to her regular class workload. But Reyes never had second thoughts about her decision. She wasn’t just continuing her education for herself, she also wanted to be a positive role model for her younger sisters.

“There is a huge age gap (her sisters are 7 and 1), but once they get older, I want them to see that an education is possible,” Reyes said. “Both of my parents just went to elementary school, so I think that's just showing my sisters that going to higher education is possible for us. I'm one of the first in my extended family who is going to college, and I think making an impact within my own family is going to encourage more people from my community to pursue education and look at other opportunities available.”

Reyes is grateful for the help she has received while continuing her education at CSUSM. She has a strong support system that includes Chiem; Bianca Rodriguez, a retention counselor in the Educational Opportunity Program (EOP); and Bonnie Campbell, manager of the Campus Assessment, Response and Education (CARE) team.

Reyes wants to provide the same type of support to others as she has received from her mentors. While Reyes doesn’t have to worry about her immigration status, working for the DREAMer Resource Office has helped her understand the importance of assisting students who face endless worry because of their status.

“The work that we do is extremely sensitive, and it’s difficult and challenging at times. You really need to have that compassion and that open mind in order to really help the students that we help. And it's just been really cool to see her growth in the past year and to see how she dedicates herself to the space and the way that she advocates for everyone in that space in our community.”

Reyes is majoring in human development with a counseling service emphasis and a minor in Spanish. Being part of TRIO McNair Scholars has helped develop her interest in graduate school and pursuing a Ph.D. in psychological counseling. Coming from a mixed-status family herself and working in the DREAMer Resource Office has inspired her to pursue a career that will allow her to continue supporting undocumented students and assisting those with mental health struggles.

“The resources provided by the DREAMer Resource Office really came in handy for me,” Reyes said. “Without that support, I probably wouldn't have continued my education and my challenges would have overcome me. But just knowing that there's that space for students and for myself to feel supported and have a home have really impacted me. I have seen how it has really benefited other students, and it’s shown me that it is possible to continue your education and to not let these external challenges stop us from doing it.”