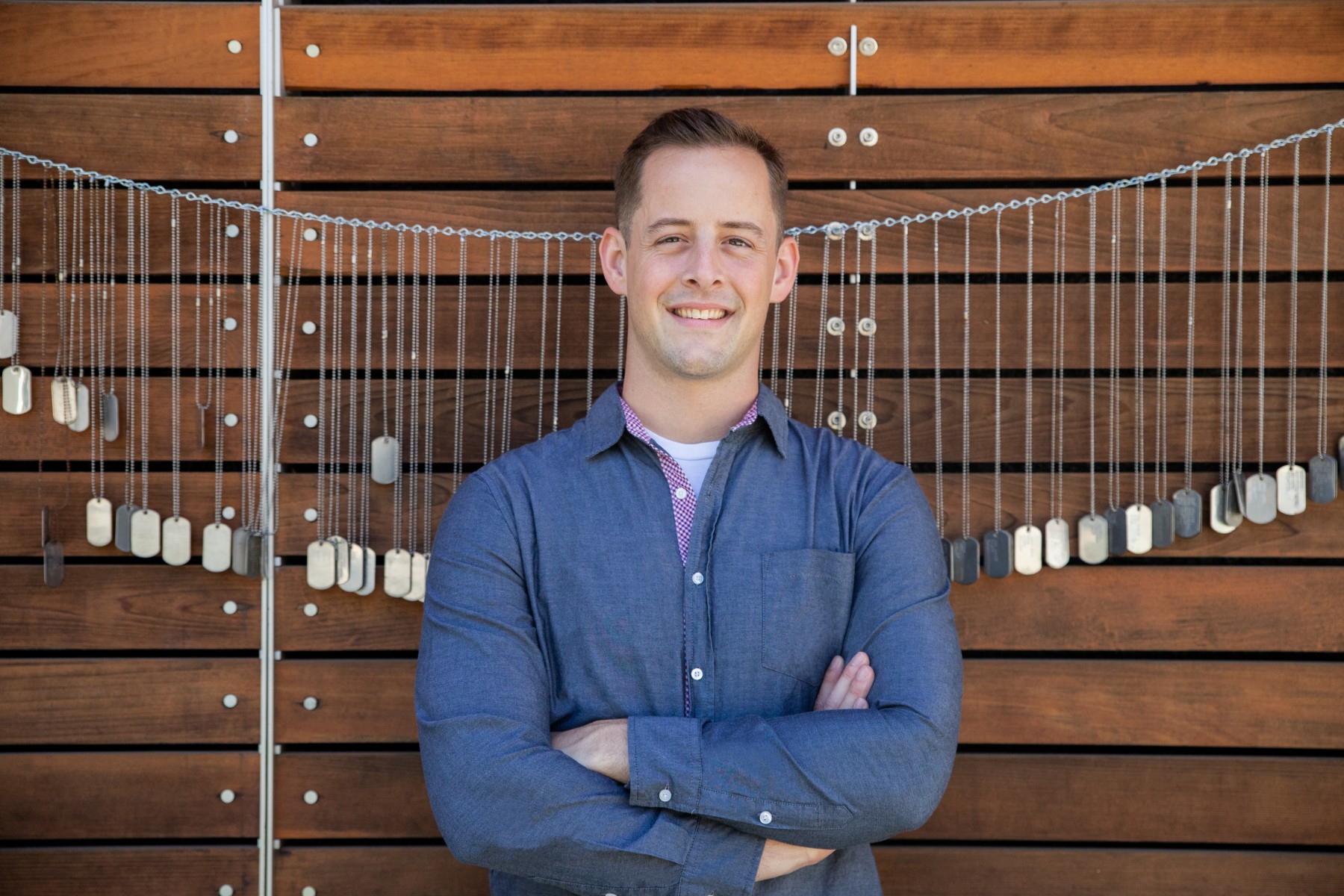 Johnathan Rodney is a student veteran majoring in biochemistry. Photo by Alicia Lores

Johnathan Rodney remembers the moment he failed a test in his precalculus class during his first semester of college.

He thought the only way to tell if he was cut out to be in college was to put everything into his next test. If he failed again, he would take it as a sign to pursue a different path.

“I studied obsessively, and ended up getting a B on that next test,” said Rodney, a biochemistry major at Cal State San Marcos. “It wasn't an A or anything crazy. But I thought maybe I can manage this if I keep studying. I learned what habits and what time of day to study that worked for me. It was really self-doubt because I felt like I was faking it. But that went away slowly.”

This wasn’t the first time Rodney felt like he didn’t belong in the classroom. He was diagnosed with ADHD in first grade, and was told to take medication every day with little explanation about his diagnosis.

“It kept me from thinking that I could do well in school,” Rodney said. “That's why I graduated from a continuation high school. I would think to myself, ‘I have ADHD, so, why bother?’ ”

Struggling academically wasn’t the only challenge Rodney faced while growing up. Early in Rodney’s childhood, his mother suffered from drug addiction, which led to the separation of his parents.

“My mom and I went through a phase where it was rocky between us because we never discussed it,” Rondey said. “I joined the Navy and we faded away and I sought counseling when I was at the University of Memphis. I talked to her about our relationship, and we got to have open conversations about it. And it's helped a lot. She's happily remarried and doing awesome now.”

Rodney persevered and he’s doing things he never thought he could as a child. Rodney was honored as the university’s  2022 Trustees’ Award for Outstanding Achievement recipient on Sept. 13. He is planning to apply to medical school and become a family medicine doctor or psychiatrist so he can help those with addictions after he graduates next spring.

Serving in the United States Navy for five years drew Rodney to the medical field. It gave him the opportunity to provide for himself and his family. It was also a way for him to thank the programs that helped his mother.

“Sexual assault is one of the most traumatic things somebody can go through,” Rodney said. “If I can be an advocate the rest of my life or somehow help people or figure out other ways to help, then that would be great.”

Rodney started his journey to becoming a doctor at the University of Memphis because it was near where he was stationed. But Rodney knew he wanted to move to California, and he felt the pandemic was the perfect time to transfer.

“I looked up good schools for veterans,” Rodney said. “And San Marcos was one of the top ones. I made the right decision because we have a really good veterans program here.”

Rodney has certainly made an impact at CSUSM. He has taken active roles as president of the Student Veterans Organization and he coordinates volunteer activities at Ivey Ranch, a nonprofit that helps with the recovery of children with disabilities and veterans with post-traumatic stress disorder.

Not only did joining the Navy find his passion, it also led him to his fiancee, Kurumi. He is planning on getting married later this year.

“I'm in a really good place,” Rondey said. “That's what I say every day, no matter what happens. I think things turned out way, way, way, way better than I expected. Overall, I'm always happy. I'm so happy I met Kurumi as well. She's just been a huge blessing that showed up out of nowhere.”