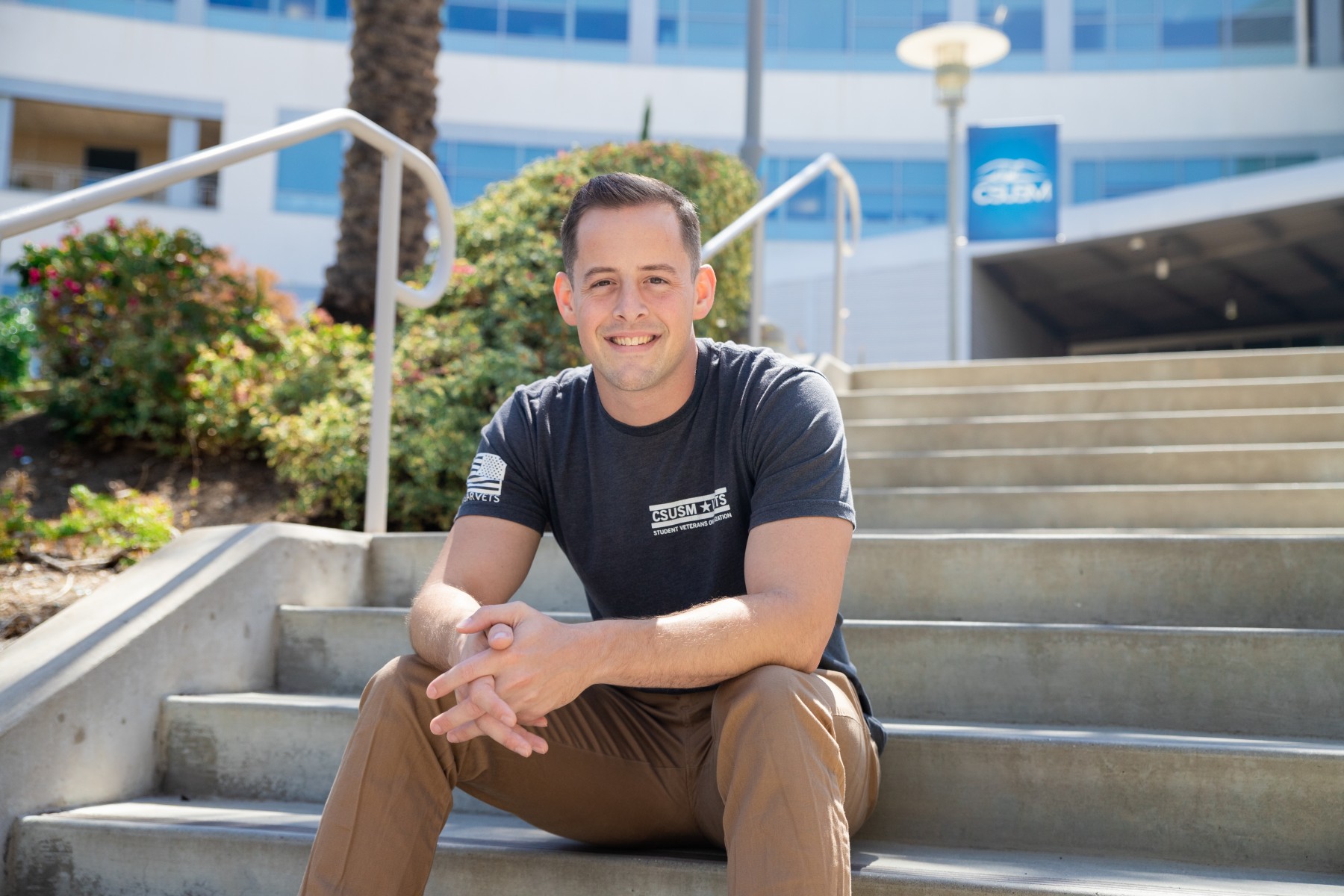 Johnathan Rodney is a student veteran majoring in biochemistry. Photo by Alicia Lores

Cal State San Marcos student Johnathan Rodney has been selected as the campus’ recipient of the 2022 Trustees’ Award for Outstanding Achievement, the California State University’s highest recognition of student accomplishment.

Students are selected for demonstrating superior academic performance, personal accomplishments, community service and financial need. Awardees have all demonstrated inspirational resolve along the path to college success, and many are the first in their families to attend college.

The CSU recognizes 23 students every year – one from each campus – with the Trustees’ Award. Rodney was named a Trustee Emeritus Kenneth Fong Scholar, which includes a donor-funded scholarship of $7,000.

Rodney and the other awardees were recognized during a ceremony as part of the CSU Board of Trustees meeting on Sept. 13.

“These 23 remarkable scholars wonderfully exemplify the ideals of the California State University,” CSU Interim Chancellor Jolene Koester said. “Their inspirational stories are connected by a common thread of intelligence, perseverance, resilience and the transformative power of higher education. Our communities, state and nation — indeed, our world — will long reap the benefits of their academic, professional and personal achievement.”

Rodney is a student veteran majoring in biochemistry. He has taken active roles as president of CSUSM’s Student Veterans Organization and he coordinates volunteer activities at Ivey Ranch, a nonprofit that helps with the recovery of children with disabilities and veterans with post-traumatic stress disorder.

After earning his bachelor's degree, Rodney plans to apply to medical school and become a family medicine doctor or psychiatrist so that he can help those with addictions.

More than 500 students have been honored with the Trustees' Award since the scholarship program was established in 1984 by the William Randolph Hearst Foundation. In 1999, the Hearst Foundation partnered with the CSU Board of Trustees to supplement the endowment with contributions from CSU Trustees, CSU Foundation board members and private donors. Each student scholarship bears the name of a donor.