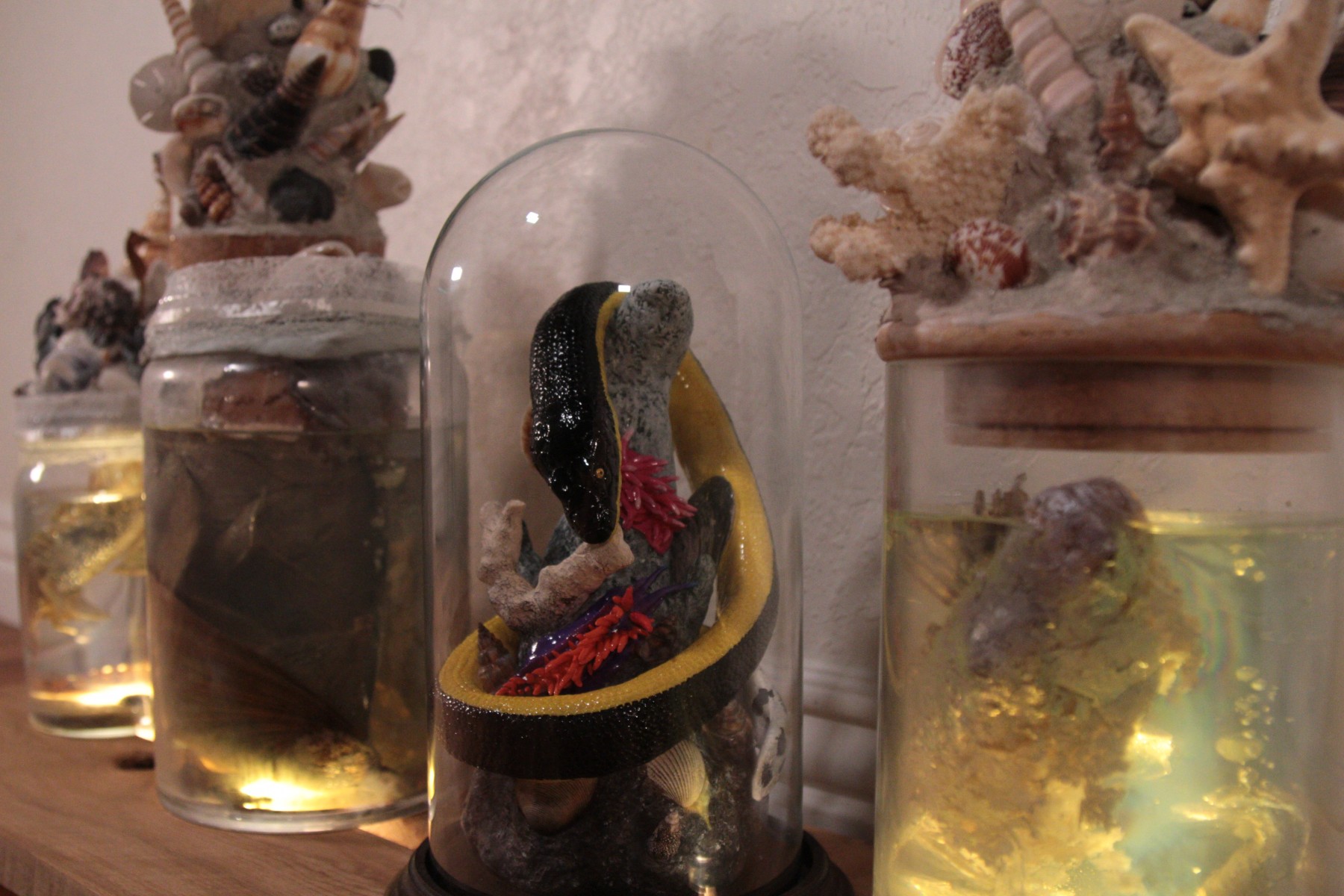 "Curios of the Future"
Recent CSUSM graduate Tiersa Cosaert will have her sculptural installation "Curios of the Future" on display at an exhibit titled Weather on Steroids: The Art of Climate Change Science, which opens Feb. 11 at the La Jolla Historical Society’s Wisteria Cottage.

Weather on Steroids: The Art of Climate Change Science opens Feb. 11 at the La Jolla Historical Society’s Wisteria Cottage and explores the consequences, challenges, and opportunities arising from the changing climate. The exhibit curator, Tatiana Sizonenko, is an art historian who serves as an adjunct professor at CSUSM. An installation featuring four sculptural pieces created by Judit Hersko, Associate Director at CSUSM’s School of Arts, is among those included, as is a sculptural installation by Tiersa Cosaert, a CSUSM student who just wrapped up her bachelor of art degree in visual arts.

“I’m very excited,” said Hersko, whose work has been featured in dozens of exhibitions in the United States and Europe. “It says a lot about our university and the impact we are having in both art and science.”

Two years in the making, Weather on Steroids: The Art of Climate Change Science evolved from discussions involving Sizonenko and Alexander (Sasha) Gershunov, an Associate Research Meteorologist at the Scripps Institute of Oceanography. Their vision developed into an exhibit in which 11 artists would work with nearly a dozen Scripps Institute of Oceanography scientists in creating pieces paired with findings from researchers. Hersko’s piece, 400 Parts Per Million, alerts the viewer about climate change and ocean acidification caused by the relentless rise in atmospheric carbon dioxide that has reached a dangerous global benchmark. 400 Parts Per Million is informed by the work of Ralph Keeling, the Principal Investigator for the Atmospheric Oxygen Research Group at Scripps, and is based on a multi-year collaboration with biological oceanographer Victoria Fabry (Professor, CSUSM Biological Sciences).

Cosaert is presenting a sculptural installation she calls Curious of the Future that illustrates the future endangered fish could face if ocean temperatures rise unabated.

“I'm excited that the exhibit will spark conversations and get people thinking more about the realities we face with climate change,” said Cosaert, who herself has accompanied researchers in oceanic excursions and who once considered a career in the sciences.

Hersko agreed, saying, “We’re aiming to raise awareness about a critical issue through art and through the findings from scientists who have spent a lifetime doing research in this area.”

This is not the first time Hersko has collaborated with scientists in creating a museum exhibit. Past collaborations include Shifting Baselines, which was included in the exhibition Weather Report: Art and Climate Change at the Boulder Museum of Contemporary Art, and also exhibited in Converg(ing)enuities, an exhibition on art and science at San Diego International Airport. In 2008 and 2009, she spent six weeks in Antarctica with the National Science Foundation Antarctic Artists and Writers Grant, where she also collaborated with scientists.

On Saturday, Feb. 11, Hersko and Gershunov will address the interaction of art and science at the Old Globe Theatre following the matinee performance of Steve Martin’s Picasso at the Lapin Agile, a play about a fictitious meeting between Picasso and Einstein. In addition, Hersko and Keeling will discuss the intersection of science, climate change and art during a March 11 NPR broadcast. 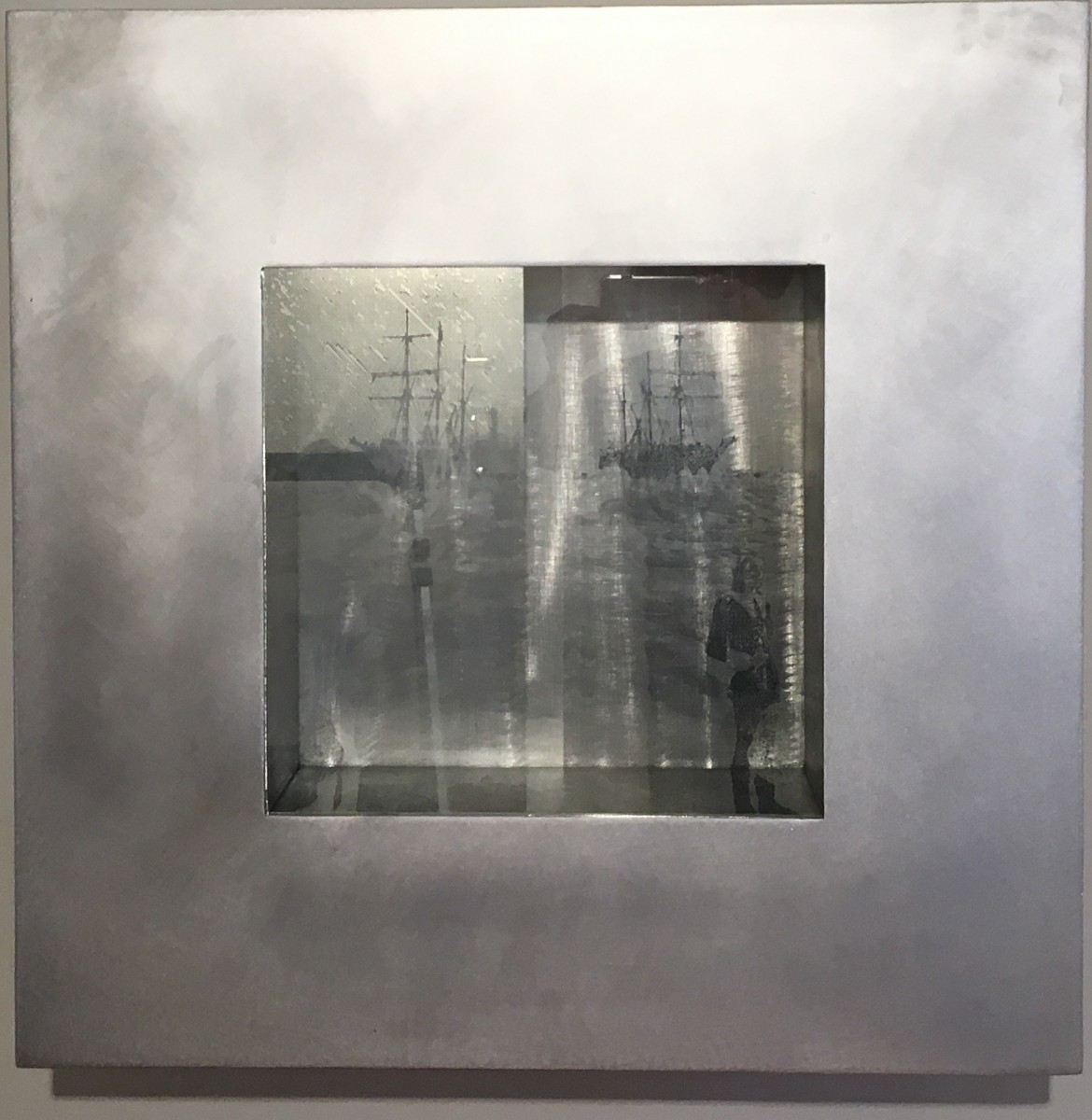 Judit Hersko
An installation featuring four sculptural pieces created by Judit Hersko, Associate Director at CSUSM’s School of Arts, is among those included in Weather on Steroids: The Art of Climate Change Science, which opens Feb. 11 at the La Jolla Historical Society’s Wisteria Cottage.
NewsCenter