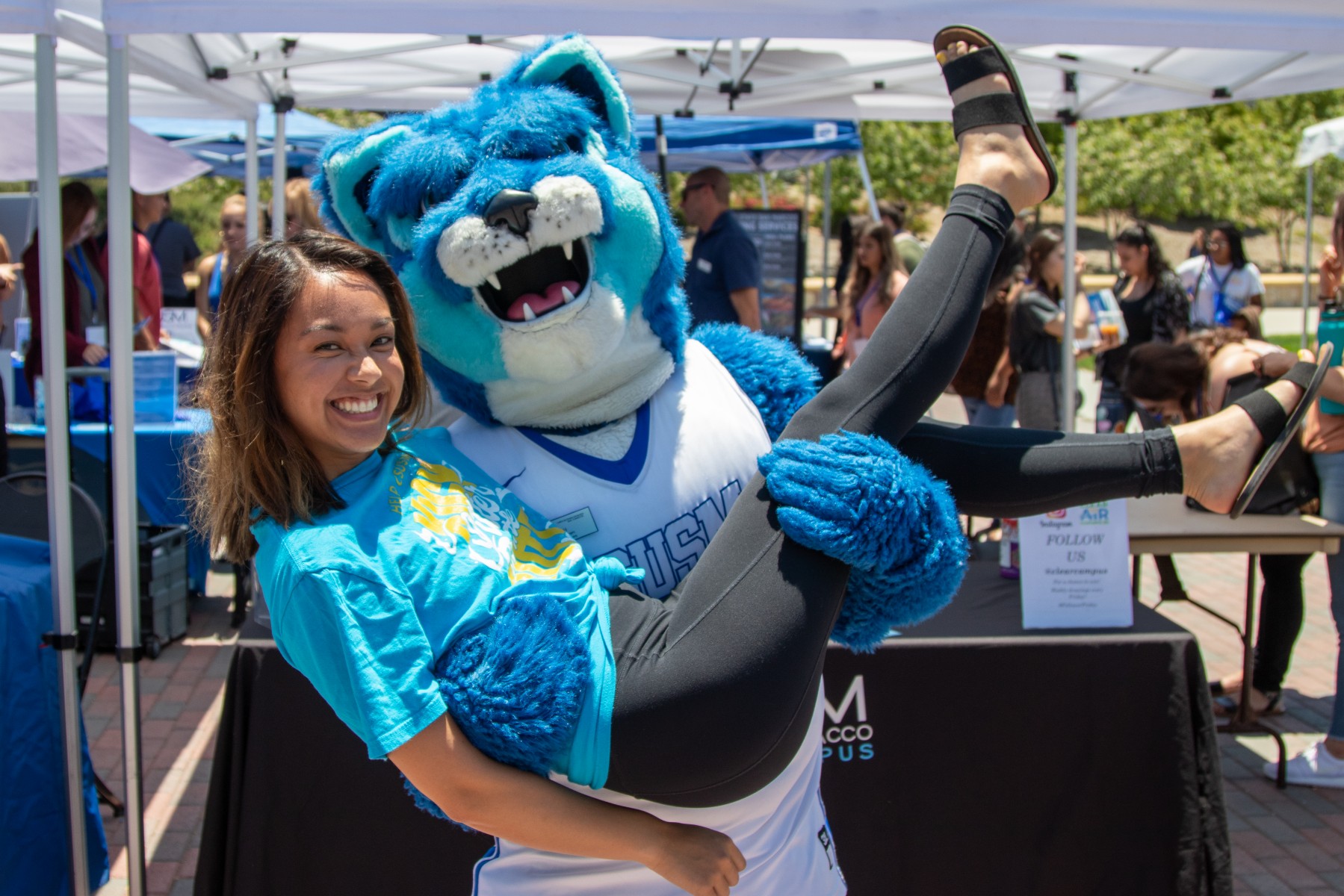 Ashley Reyes didn’t have an opportunity to participate in Clear the Air when Cal State San Marcos became a smoke- and tobacco-free campus in fall 2017. She knew about the program, but had graduated a semester earlier.

Ashley is making the most of a second chance to get involved. Not only is she back on campus as a graduate student as CSUSM marks its second anniversary of being smoke- and tobacco-free on Aug. 28, she is helping to educate the campus community about the policy and leading student efforts to support the initiative.

Ashley was hired as the Clear the Air student coordinator for the summer and was so inspired by the program that she is staying on through the fall before graduating with a Master’s in Public Health in December.

“I think what’s really cool about Clear the Air is that it’s something we’re embedding into our campus culture,” said Ashley, who received her bachelor’s in human development. “That’s why I want to stay on through the fall, just to see that vision spread throughout campus and hopefully mesh with our culture for years to come.”

Clear the Air was established at CSUSM to help the university implement an executive order from California State University Chancellor Timothy White calling for a system-wide smoke- and tobacco-free environment for all campuses. The program is led by psychology professor Kim Pulvers, who has done tobacco control research for 15 years, and funded through a $400,000 grant.

Now that CSUSM has been smoke- and tobacco-free for two years, Pulvers is able to provide data when she hears a common question around campus.

“People want to know how it’s going,” Pulvers said. “And we’ve got some compelling data.”

Among the most notable results, Pulvers said there has been a 54 percent decrease in cigarette litter on campus from spring 2017 to now. Exposure to second-hand smoke or vapor has decreased 36.3 percent. Results are based on environmental scans and campus-wide surveys of about 3,000 faculty, staff and students that have been conducted each fall since 2016.

While overall results show that the smoke- and tobacco-free policy is having a positive impact, Pulvers said there is still work to be done when it comes to cigarette litter. Clear the Air has implemented two techniques for helping in that regard: the ambassador program and an online reporting tool. 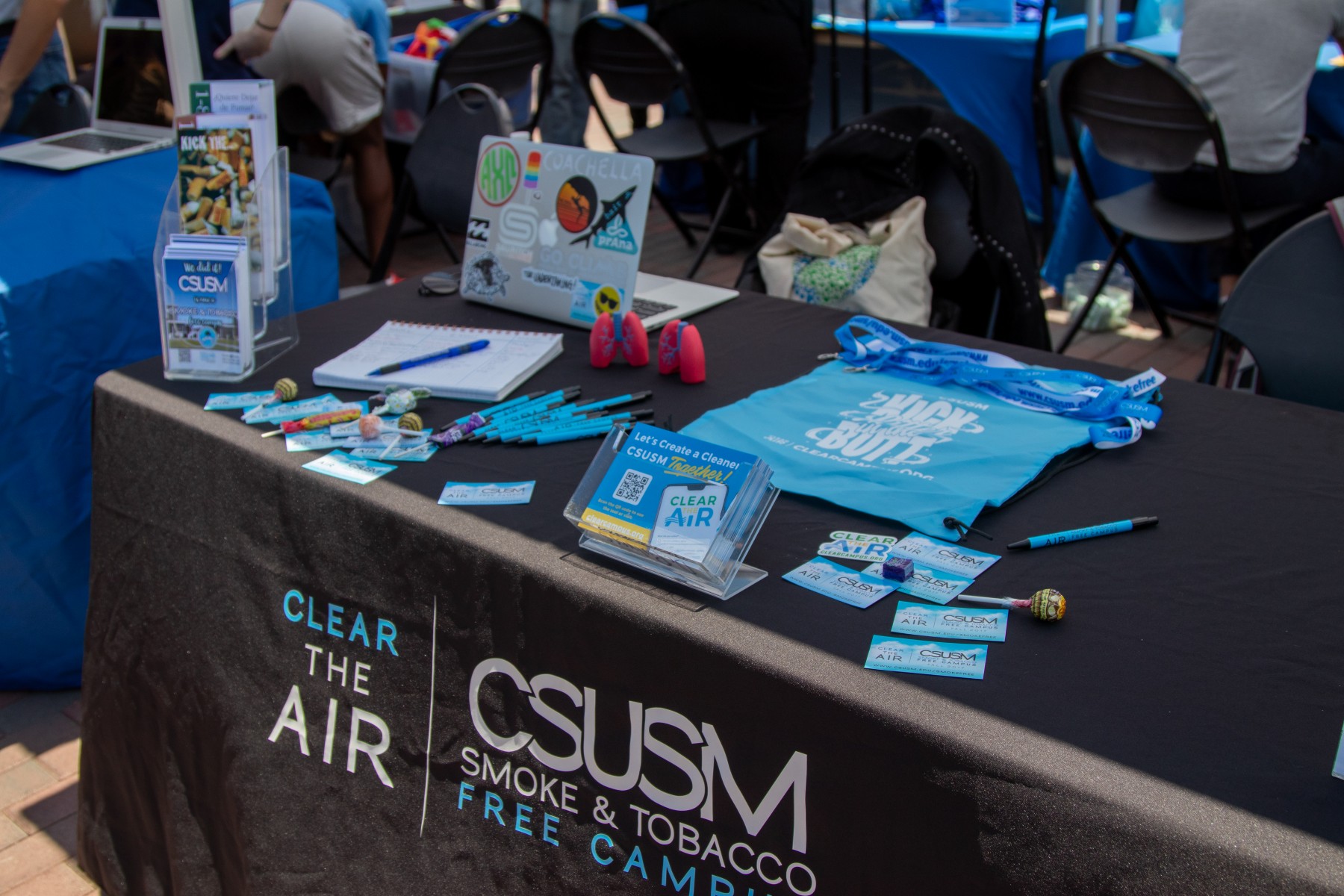 CSUSM celebrates its two-year anniversary as a smoke- and tobacco-free campus on Aug. 28.

The CTA online reporting tool, which launched in March, will also be available through the campus app this fall. It allows people to quickly and easily pinpoint on a map where they saw smoking/vaping or cigarette litter. One of Pulvers’ goals for the new academic year is to get more people using the reporting tool. As an added incentive, anyone who leaves their contact information after filling out the form is entered into a weekly drawing for a $10 Starbucks gift card.

“We’re partnering with UC Davis, and they have their own version of the tool,” Pulvers said. “They’ve had a higher utilization rate than we have. We’re trying to spread the word more about the tool so CSUSM students, faculty and staff can be more involved.”

The CTA Ambassador Program was established last fall and is staffed by student interns and volunteers. Ambassadors encourage compliance with the smoke- and tobacco-free policy through peer-to-peer interaction, engagement and education. The program is registered with the Office of Internships through the CSUSM Sustainability Program.

Ashley has attended on-campus orientations throughout the summer to help educate incoming freshmen and transfer students about the smoke- and tobacco-free policy, the online mapping tool and the ambassador program.

Students interested in being an ambassador can apply online. Interns undergo a comprehensive six-hour training to teach them about the policy, the data collection tools and how to appropriately approach and educate people on campus.

“It’s a great opportunity for students to develop their leadership and project management skills and get involved on campus,” Ashley said. “Just starting on our campus and making an impact on our environment and the overall health of our students and surrounding community is a great way for students to get involved.”

Visit www.csusm.edu/smokefree to learn more about Clear the Air. 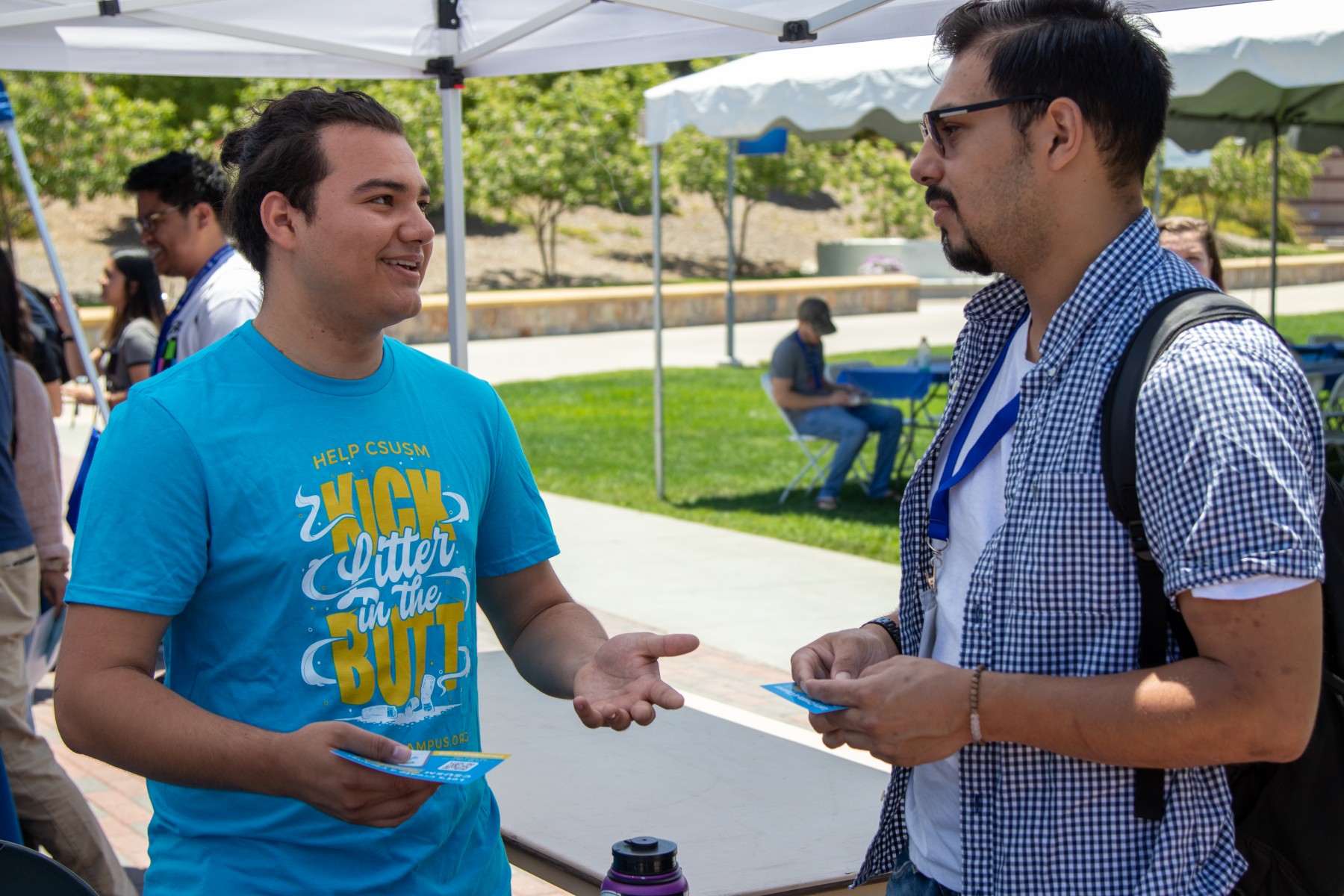 CSUSM celebrates its two-year anniversary as a smoke- and tobacco-free campus on Aug. 28.