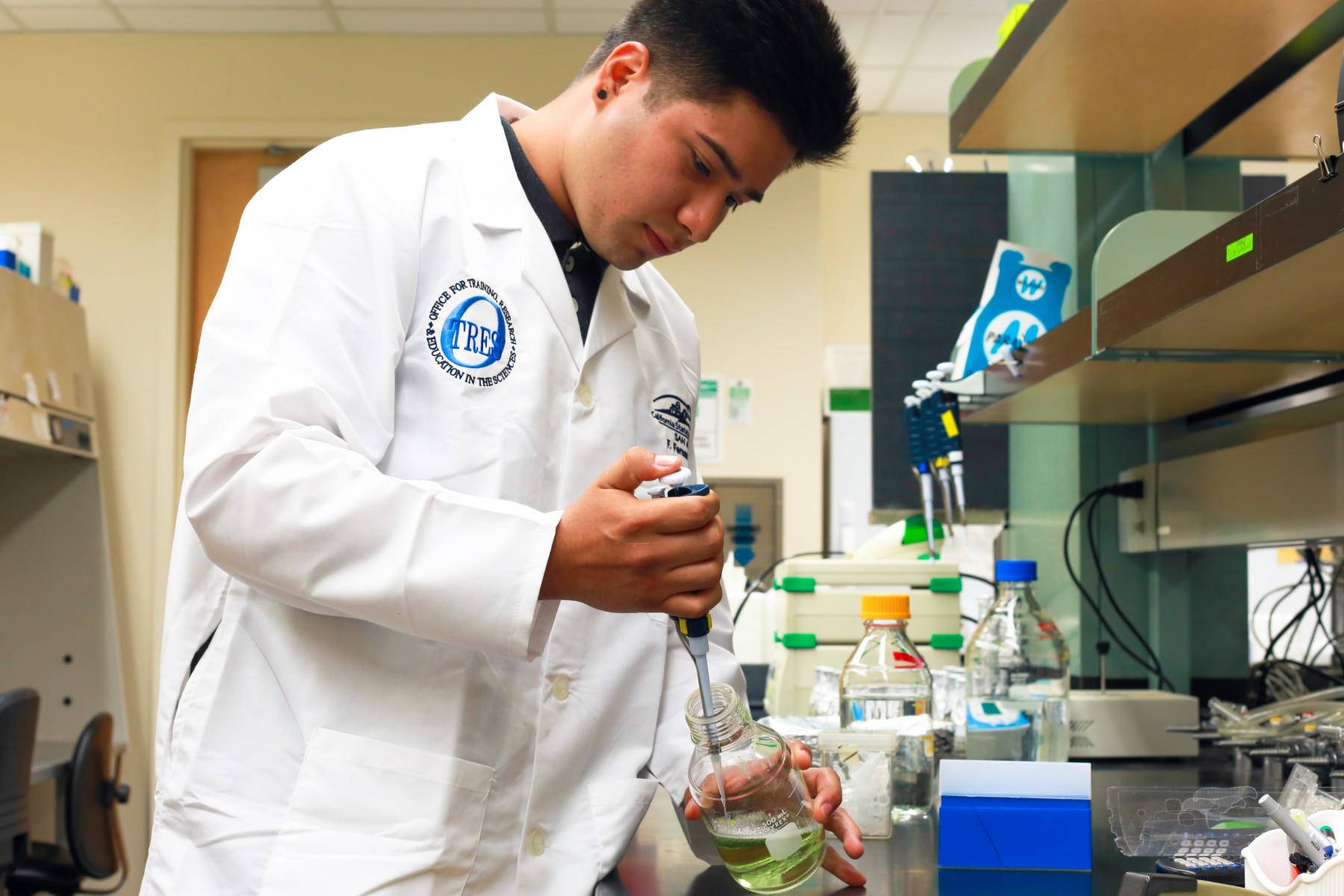 Francisco Fernandez arrived in the United States in 2011 with dreams of pursuing an education so he could help his family in Mexico.

Francisco took English classes, obtained his GED and enrolled in community college while working at a car wash to support himself.

While enrolled at Palomar College, Francisco participated in the North San Diego County Bridges to the Future Program, a partnership between CSUSM, Palomar and MiraCosta to help prepare underrepresented students for a seamless transition to a four-year university and a career in biomedical sciences. The program includes a stipend for students, which allowed Francisco to ease up on the number of hours he was working each week and spend more time focusing on his classes and research.

Now in his senior year at Cal State San Marcos, Francisco was recently awarded the CSU Trustees’ Award for Outstanding Achievement, which is given each year to students who demonstrate superior academic performance, personal accomplishments, community service and financial need.​​​

“I made my goal to help my family, and the best way to do that was by obtaining an education,” said Fernandez, who is a Trustee Emeritus Kenneth Fong Scholar.

Working in the lab of CSUSM professor of biological sciences Matthew Escobar, Francisco worked on a project focused on characterizing the role of class III glutaredoxins in Arabidopsis thaliana root development. Francisco has presented his work at conferences, symposiums and research competitions.

Francisco will graduate from CSUSM in May. He plans to pursue a Ph.D. in biomedical research and continue his mentorship of educationally at-risk students.

More than 340 CSU students have been honored with this award since the program’s creation in 1984.