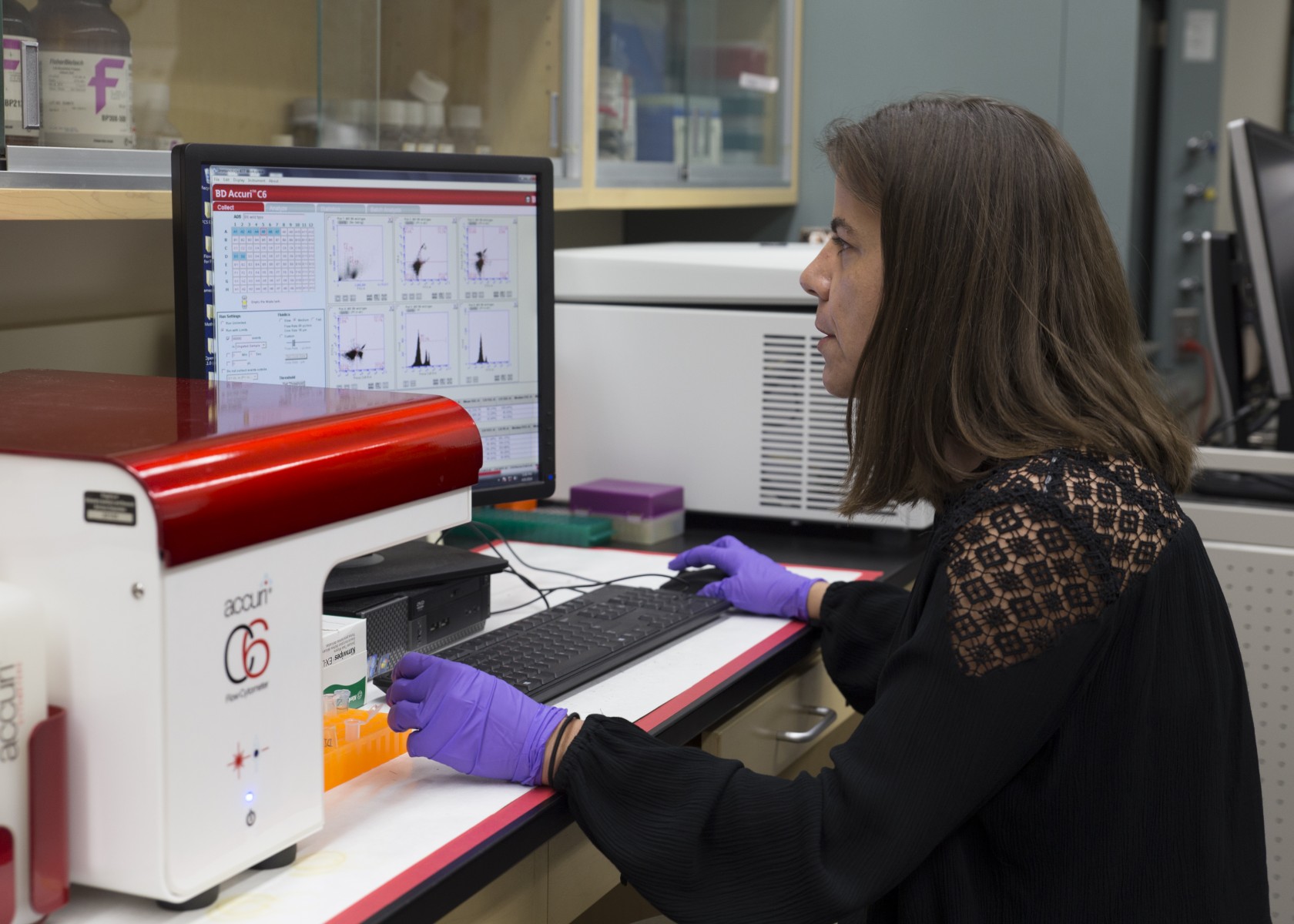 A prominent researcher who has helped design novel vaccines for rapidly mutating pathogens, including HIV, Mothé was named associate dean of Undergraduate Studies in January 2016. Her duties include overseeing the new Academic Success Center aimed at helping sophomores, especially those who may be struggling (or who at risk of struggling in their studies), receive support to achieve success.

Her new post leading academic support efforts at CSUSM is fueled from her background as the daughter of a single parent who had only an eighth-grade education.

“I’m very interested in helping students who may have struggled academically and helping them succeed at the college level,” said Mothé.

A professor of Biological Studies, Mothé earned a scholarship to Beloit College in Wisconsin, and was later accepted into medical school, but opted for a life in research. She has been at CSUSM since the fall of 2003. In 2014 she was appointed a permanent member of the National Institutes of Health Vaccines Against Microbial Diseases Study Section, a panel charged with reviewing grant proposals and making funding recommendations.

Her passion is CSUSM.

“Our students are really unique,” she said. “A lot of them come from community colleges and many had never thought about getting a college degree. Yet they come here and they are earning a bachelor’s or master’s degree as well as moving on toward their Ph.D. and doing great things.”