In 2015, Palomar Mountain was one of nine bucket-list rides highlighted by Bicycling magazine in a feature called “The Best and Hardest Climbs in the U.S.”

For some, it may indeed be a once-in-a-lifetime bucket-list ride.

Lawston has made the grueling climb up Palomar Mountain more than 200 times. Not even a 113-degree day this summer could deter her.

“I was pretty sure I was going to die on that one,” said Lawston, laughing.

Cycling has been Lawston’s passion for more than seven years. If she’s not on campus, there’s a good chance she’s on her bike, recording some of the 180-200 miles she aims to accumulate each week. And those miles usually include 15,000-20,000 feet of climbing.

“I love the challenge of Palomar Mountain,” Lawston said. “It’s never the same twice. There’s just something about it. I can’t imagine my life without it.”

Lawston began cycling in 2010. She and her partner were each working 16-18 hours a day and knew they needed to find more balance in their lives. He suggested cycling.

They bought mountain bikes and … well, it wasn’t an immediate hit. Lawston hated the mountain bike, frequently finding herself flying over the handlebars. But she purchased some skinnier tires for the bike and started riding along Pacific Coast Highway. She loved challenging herself to continually go farther and seeing how far she could push herself.

“I loved seeing the world from the bike,” she said. “You see it from a different perspective.”

Lawston soon switched to a road bike. Not only was she going faster, she quickly developed a passion for climbing.

It wasn’t long before Lawston started competing. She got a coach to help her train and entered a 40-mile road race. She had two goals.

“To not be last and to survive,” she said, laughing.

Having accomplished both goals, Lawston began entering other competitions.

In 2015, she won the women’s division of the Hoodoo 500, completing the 500-mile, three-day event that traverses multiple Utah national parks in 43 hours, 49 minutes. 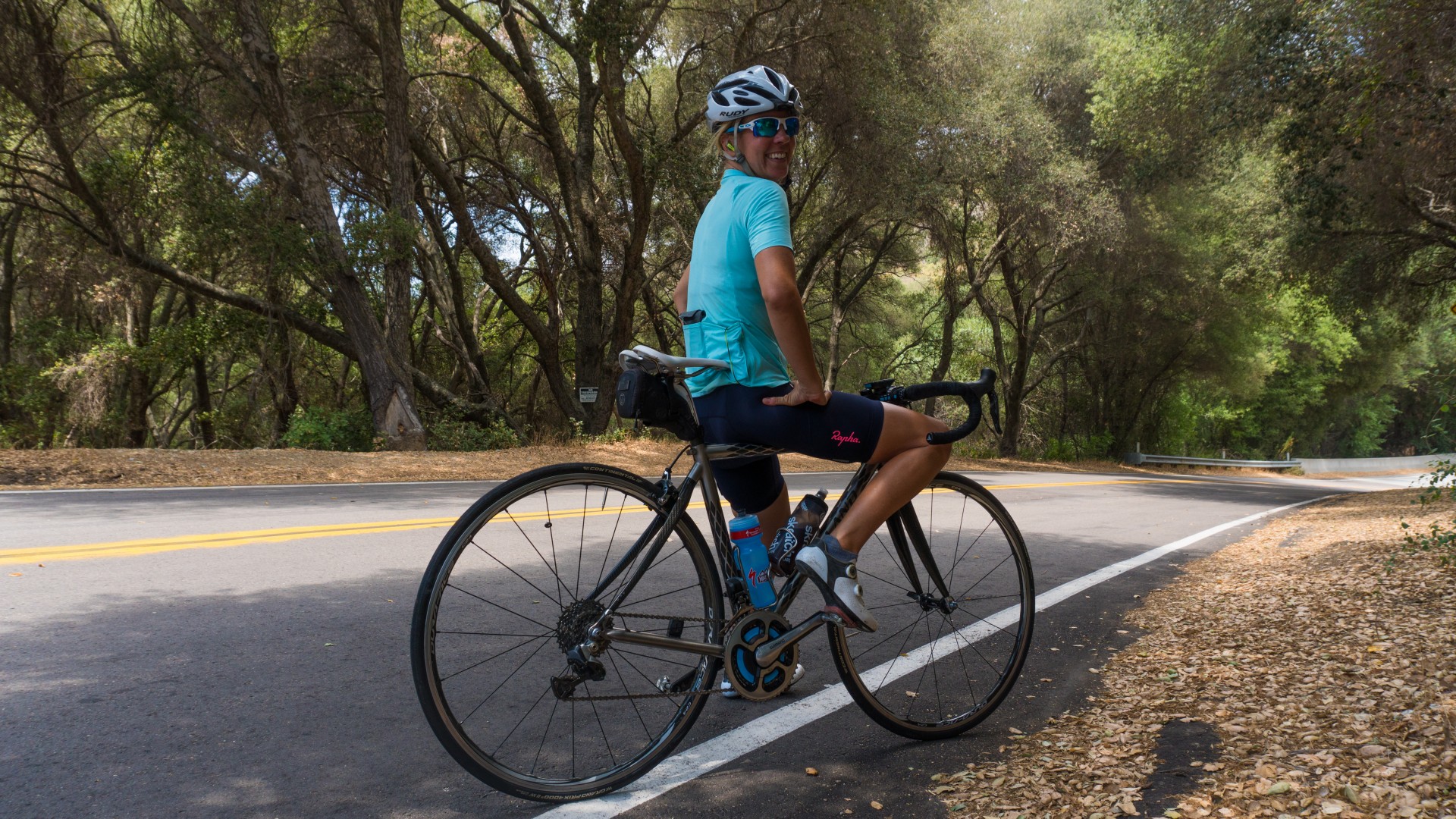 Lawston completed an arduous task of a different kind earlier this year with the publication of her sociology book “Sociology: Structure and Change,” becoming the first female sociology author for Pearson, the world’s largest textbook company.

While Lawston loved writing the book, completing the project meant spending less time on her bike.

Though she is still helping with marketing and sales of the textbook, she has been able to return to her normal cycling routine.

On July 31, four friends joined Lawston for a 50-mile ride that included 7,400 feet of climbing up Palomar Mountain. Lawston had burned 1,800 calories by the end of the trek, and she would have been happy to make another trip up the mountain if she had time that day.

Lawston has tried to convince some of her CSUSM colleagues to give cycling a try, but when they learn of her typical week, the response is often, “Why would you do that?”

But Lawston isn’t one to give up.

Justin Perron grew up like a lot of Canadians – he was practically born wearing ice skates and had dreams of a career in the National Hockey League.Not much has changed.“I still think I’m making the …
Read more

At the peak of Palomar Mountain, more than 5,000 feet above sea level, sits the house that Jim Hamerly built. Built, in this case, didn’t mean hiring a contractor and writing checks. Hamerly built …
Read more
NewsCenter