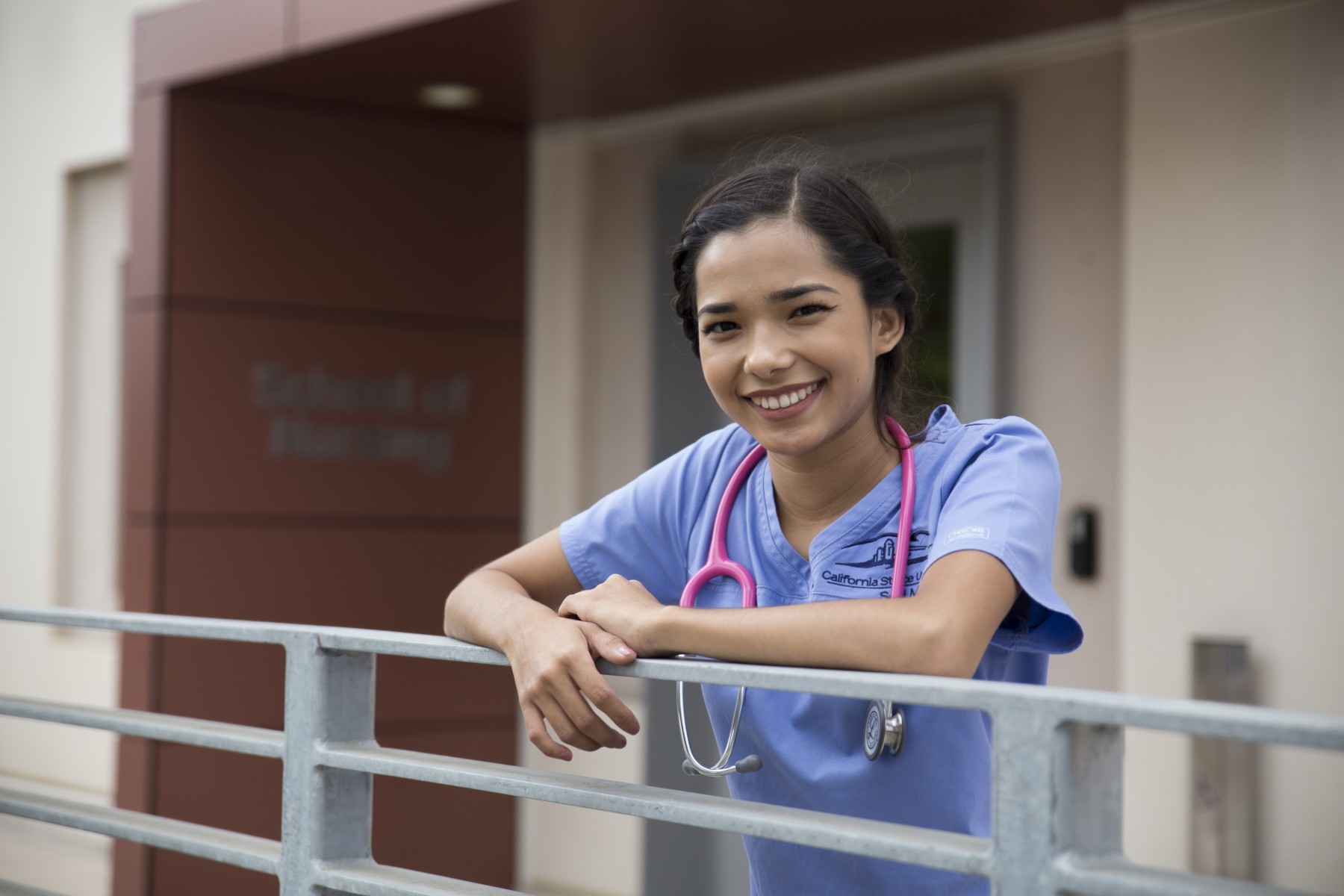 San Marcos, CA – Carolina Quirarte was inspired to become a nurse while seeing the care her grandmother received during a 14-year battle with breast cancer.

Carolina, a third-year student at Cal State San Marcos, has overcome difficult challenges – from her father’s death when she was 5 years old to growing up in a family that struggled with poverty – to become one of 24 students selected to receive the 2016 CSU Trustees’ Award for Outstanding Achievement. Carolina was named the Sycuan Band of the Kumeyaay Nation Scholar.

Carolina is part of the TRiO SSS program, which assists first-generation, low-income and/or students with disabilities toward the successful completion of their college degree.

“Carolina’s undergraduate work is truly impressive,” Rivas said. “Carolina is intelligent, highly motivated, humble, compassionate and has a strong commitment to gaining the necessary experience to build her nursing skills.”

Carolina has volunteered more than 250 hours with the Pioneers Memorial Healthcare District and the Pathmaker Internship at Palomar Medical Center. As an intern, Carolina has learned valuable clinical skills and has been exposed to the rigors of a nursing career.

“I saw first-hand the effect that having a positive attitude toward a patient who’s at the end stages of their life can have,” Carolina said. “Just being that comfort, that hug, holding their hand. I want to make that same difference my grandmother’s nurse made in our lives to other people.”

More than 340 CSU students have been honored with this award since the program’s creation in 1984.

The University enrolls over 14,000 students. With approximately 2,000 employees, the institution is a Great College to Work For® (The Chronicle of Higher Education). As a recipient of the annual HEED Award since 2014—a national honor recognizing U.S. colleges and universities that demonstrate an outstanding commitment to diversity and inclusion—CSUSM is committed to creating a diverse and inclusive environment.