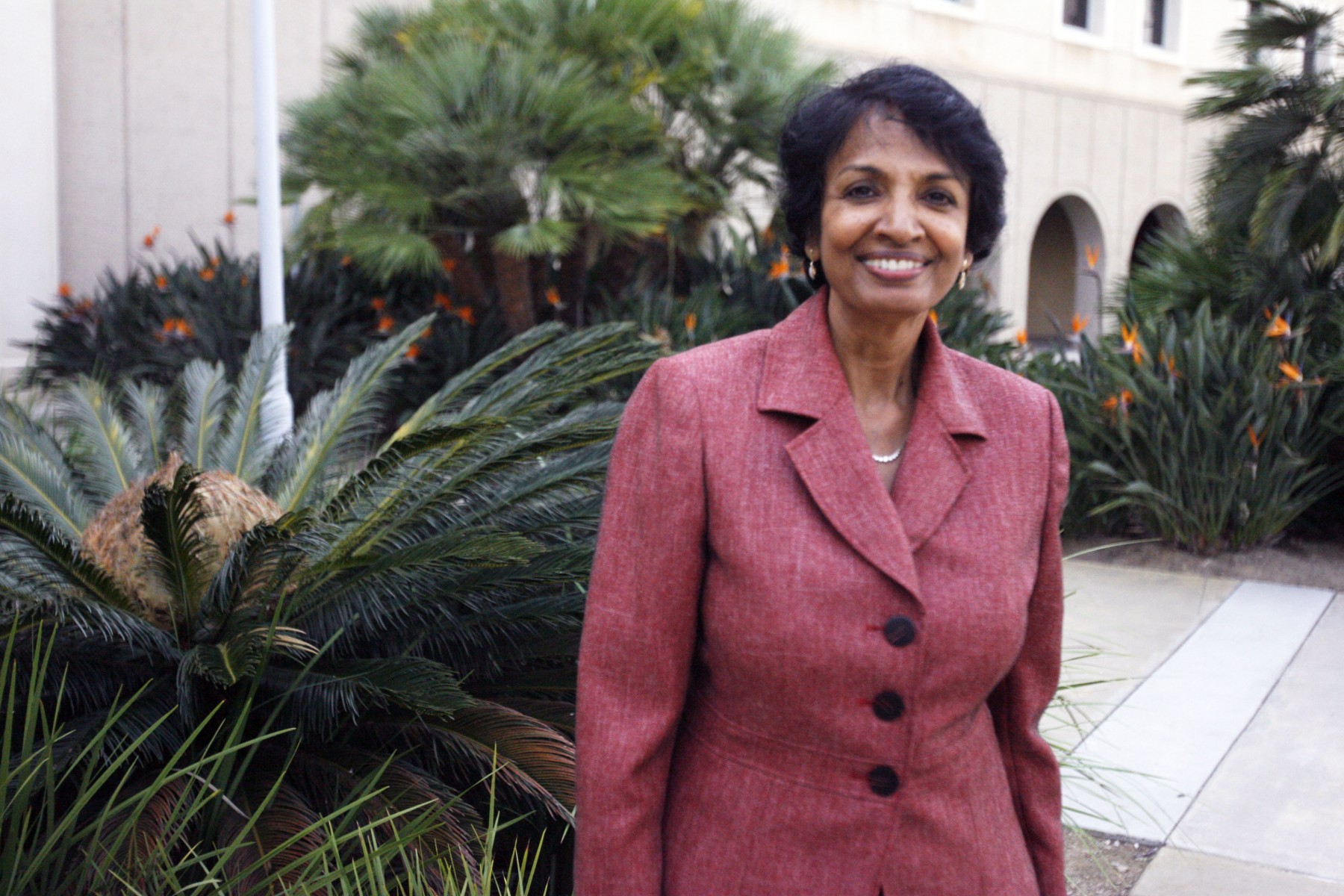 In November 2016 Americans will go to the polls to elect the next U.S. president based on nearly two years worth of wooing from hopeful candidates. But will it be winning policy ideas or a winning personality that influences voters the most? At Cal State San Marcos, Professor of Business Management Rajnandini “Raj” Pillai looks at how to predict the next U.S. president based on the power of his or her personality.

Charisma has unique power—its personal magnetism that allows individuals to connect with and influence others through a social relationship. Pillai has been studying charisma as it applies to presidential elections for almost 20 years, initially intrigued by the way the media described Bob Dole as “charismatically challenged” compared to Bill Clinton during the 1996 election season. She wondered, is there something akin to objective charisma where everybody agrees that a candidate either had charisma or lacks it?

Charisma during a Crisis

In the beginning, Pillai and her study co-authors measured party affiliation through robust and psychometrically sound measures to determine how charismatic U.S. presidential candidates were. Following the September 11 terrorist attacks and the Great Recession, additional traits such as personality, trustworthiness and authenticity were also measured. So far they have discovered that voters gravitate to those candidates that they find to be the most likely to reflect their values and lead them out of the crisis.

“Our theory is that when people are experiencing a crisis, generally they are looking for a savior, a knight on a white charger,” said Pillai. “This savior is seen as a charismatic leader who might inspire you with his or her vision and also have a solution to the problem.”

In the Eye of the Beholder

There’s a catch to everything though, and this certainly doesn’t escape that theory. Charisma, like beauty, is often in the eye of the beholder. Someone’s particular brand of charisma won’t always connect with everyone all the time. And while good looks may enhance the perception of charisma, an ordinary person may also be perceived as charismatic to some if they are able to convey their message and values in an inspirational way.

And, according to Pillai, charisma needs to be constantly revalidated with successes to be sustained over time. If a candidate makes a big mistake or fails to live up to the expectations of the followers, their perceived charisma can plummet because they have let their followers down.

For example, in 2008 President Barack Obama was exulted for his rock star ability to energize and inspire audiences around the world. “Obama’s speech in the 2004 Democratic National Convention about how we are not red or blue states, but we are the United States caught people’s attention and then their hopes and dreams became invested in him,” said Pillai. “Today our studies show that some of the shine has worn off.”

Her reading of the research also shows that people are often looking for someone who is different from the last person. Voters seek new qualities, especially when there are major problems or issues in the country and the last leader was seen as unsuccessful in solving them.

“These days, at least at this point in the election season, people want authentic leadership, someone who is seen as true to his or her values,” said Pillai. “They are gravitating toward Donald Trump and Bernie Sanders because they are tired of politicians and want someone who won’t hesitate to tell the truth.”

Charismatic people are known for high energy, symbolic actions and strong visions…but there can be a dangerous downside. Classic examples of ‘charisma-gone-wrong’ are Osama bin Laden and Adolph Hitler.

“There’s a dark side to charisma,” said Pillai. “Although Osama bin Laden came from a rich family, he was passionate about the cause in Afghanistan… so he set an example by living like the locals, sleeping in caves, and making sacrifices. His vision appealed to his growing number of followers many of whom were willing to give their lives for him.”

“As other researchers have argued, sometimes, charisma is latent and the right situation allows charismatic leadership to become manifest and emerge. Hitler and Bin Laden were not seen as charismatic until the right environment presented itself to a certain group of followers,” said Pillai.

Initially, ‘charisma-done-right’ may seem like an attractive option to voters, but making an election decision based off a personality may leave Americans with a lightweight leader.

“In general, people will vote for the leader who embodies their party’s values. Party affiliation is a strong predictor,” said Pillai. “However, if people are undecided, they will tend to vote for the more charismatic of the major candidates on the ballot. It is important to be aware of this tendency and dig deeper to find out everything one can about the candidate before casting a vote.”