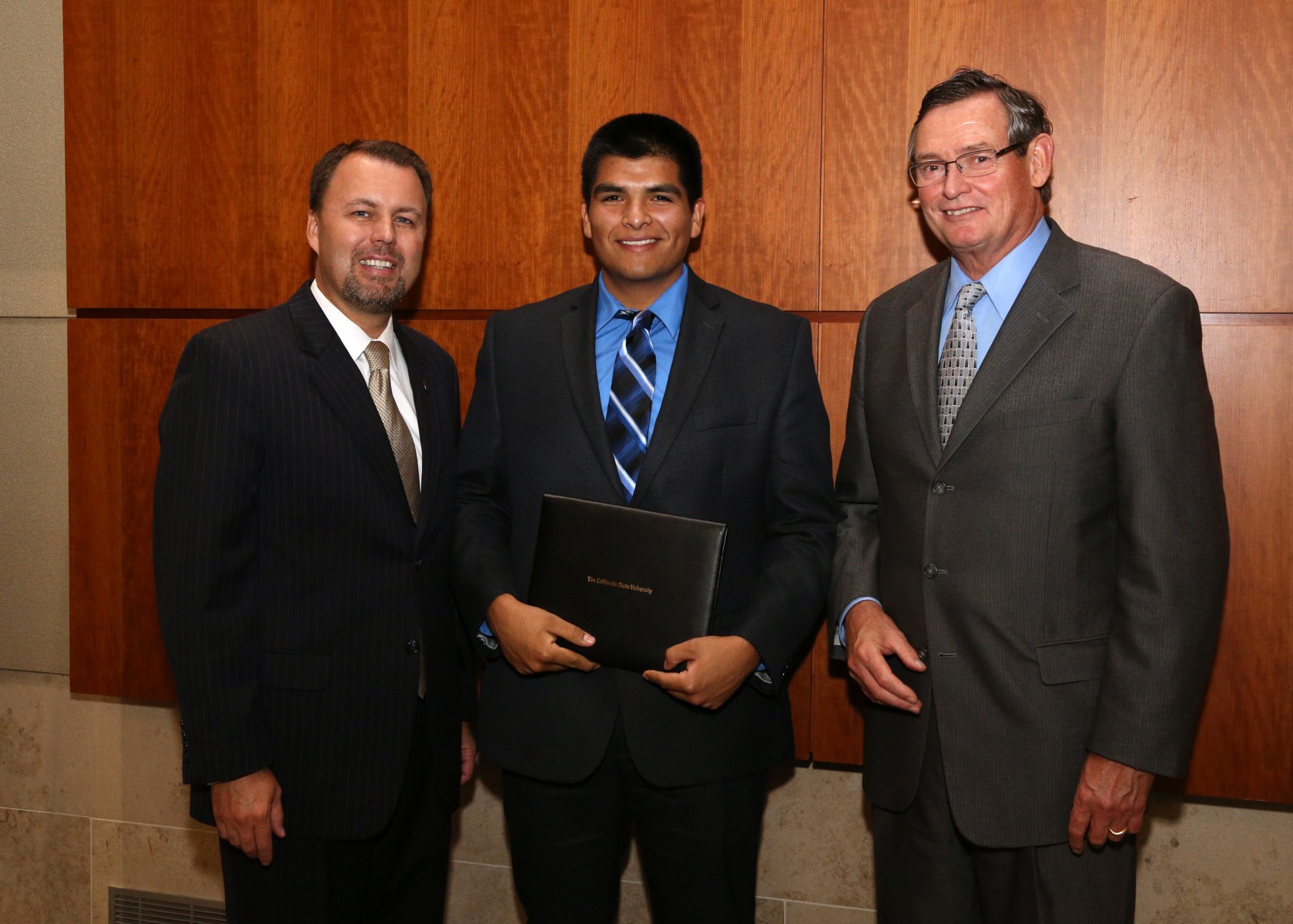 Carlos Betancourt, a first-generation college student majoring in biological sciences at California State University San Marcos (CSUSM), was honored as one of 23 California State University (CSU) students to receive the 2014/15 CSU Trustees’ Award for Outstanding Achievement at the CSU Board of Trustees meeting on Tuesday, September 9. The CSU Trustees’ Awards are among the highest student distinctions within the CSU system and are accompanied by scholarships to those who have a demonstrated financial need, experienced personal hardships and have attributes of merit including superior academic performance, exemplary community service and significant personal achievements.

“The compelling life stories of these extraordinary student scholars are a testament to the transformative power of public higher education,” said CSU Chancellor Timothy P. White. “Through the generous support of our donors, many of whom are first-time contributors to the Trustees’ Award program, we are able to help these scholars create a bright and successful future.”

As a child, Carlos Betancourt lived with his single mother in rural Mexico, spending his days helping his grandfather tend to their mango grove. At the age of ten, he left home to live with relatives in the United States and pursue a more formal education. After high school, Carlos attended a local community college before transferring to CSUSM.

Although his family discouraged him from attending college, he continued to pursue higher education to better himself and make a difference. In fall 2013, he began undergraduate research in an algal biomineralization laboratory under the direction of Dr. Betsy Read. Carlos is the second author of a paper related to the algal strain, emiliania huxleyi, which will be published later this year.

“I yearn to be part of an organization that works to better the lives of present and future generations,” he said.

This past summer he traveled to the UK for an internship at the University of Cambridge. Carlos looks forward to one day becoming a scientist and traveling the world. He will soon be applying to graduate schools abroad in order to earn a doctorate.

For more information about Carlos and the 22 other awardees, visit the CSU Trustee Awards website: http://www.calstate.edu/foundation/trusteesawards/