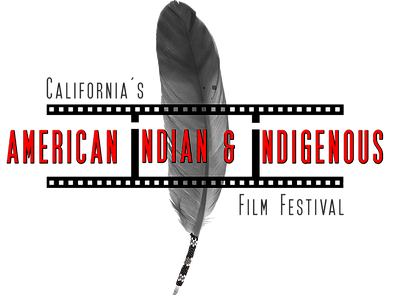 The 2016 CAIIFF will feature more than 25 films, shorts and documentaries by American Indian and Indigenous filmmakers, producers, directors and actors. It will offer several Q&A sessions with the stars and feature an exclusive invite-only reception to honor those making a significant impact in the industry.

Topics include Native American lives, interests and issues, as well as tribal culture, language revitalization, entertainment, empowerment and the preservation of natural and cultural resources.

The festival will also honor acclaimed actor and musician Wes Studi, who has starred in several award-winning films, including “Avatar,” “Geronimo: An American Legend,” “The Last of the Mohicans” and “Dances with Wolves.” The CAIIFF is planning a special screening of “Dances with Wolves” at Pechanga followed by a Q&A with cast members.

“With over 500 submissions to this year’s festival, we are truly showcasing the best film our indigenous communities have to offer,” said Joely Proudfit, department chair and professor, American Indian Studies. “We are delighted to showcase U.S. premieres of films, double features, A-list filmmakers and artists each evening and express our sincere thanks for the record number of submissions.”

This is the story of a woman’s 30-year fight for justice for 300,000 Native Americans whose mineral-rich lands were grossly mismanaged by the United States government. In 1996, Elouise Cobell filed the largest class-action lawsuit ever against the federal government. For 15 long years, and through three presidential administrations, Cobell's unrelenting spirit never quit. This is the compelling true story of how she prevailed and made history.

Te Ata (TAY’ AH-TAH) is based on the inspiring, true story of Mary Thompson Fisher, a woman who traversed cultural barriers to become one of the greatest Native American performers of all time. Born in Indian Territory, and raised on the songs and stories of her Chickasaw tribe, Te Ata’s journey to find her true calling led her through isolation, discovery, love and a stage career that culminated in performances for a United States president, European royalty and audiences across the world. Yet, of all the stories she shared, none are more inspiring than her own.

Buddy and Philbert leave the reservation to take a road trip across the Badlands of the American Midwest to save Buddy's sister from unjust imprisonment. On the way, they encounter truth, love, magic and healing. The journey across Badlands backroads also traverses the emotional territories of comedy, tragedy and existential mystery. “Powwow Highway” is a Native American cult classic.

In 1913 Nunavut, a community’s well-being hangs in the balance. After an elder senses a foreboding, four men are exiled for the misfortune and trouble they will surely bring to the small group of Inuit. Angry and dangerous, the men roam the snowy tundra with a sickness in their hearts and minds.

Farther away, a man and his son are hunting for caribou, having been shown the way by a spirit helper, Kallulik, the loon. While the pair had a successful hunt, upon their return the man finds his wife and daughter kidnapped, and the other members of his family murdered by the marauding exiles. Coming to his aid, Kallulik sets him on course to find his family and avenge the deaths of his loved ones.

There will be an additional lineup of films on Saturday, Nov. 19 starting at noon at Pechanga Resort & Casino. For the full program, visit the California’s American Indian and Indigenous Film Festival website.

Wes Studi will be honored for exemplary performances and career achievement in “Dancing with Wolves” as well as his other roles in American Indian films. A painting by celebrated artist and filmmaker Steven Paul Judd will be created that night and later auctioned off at the event.

What: The California’s American Indian and Indigenous Film Festival (CAIIFF).

Tickets: Purchase tickets online. Prices range from $7 to $10 per screening.