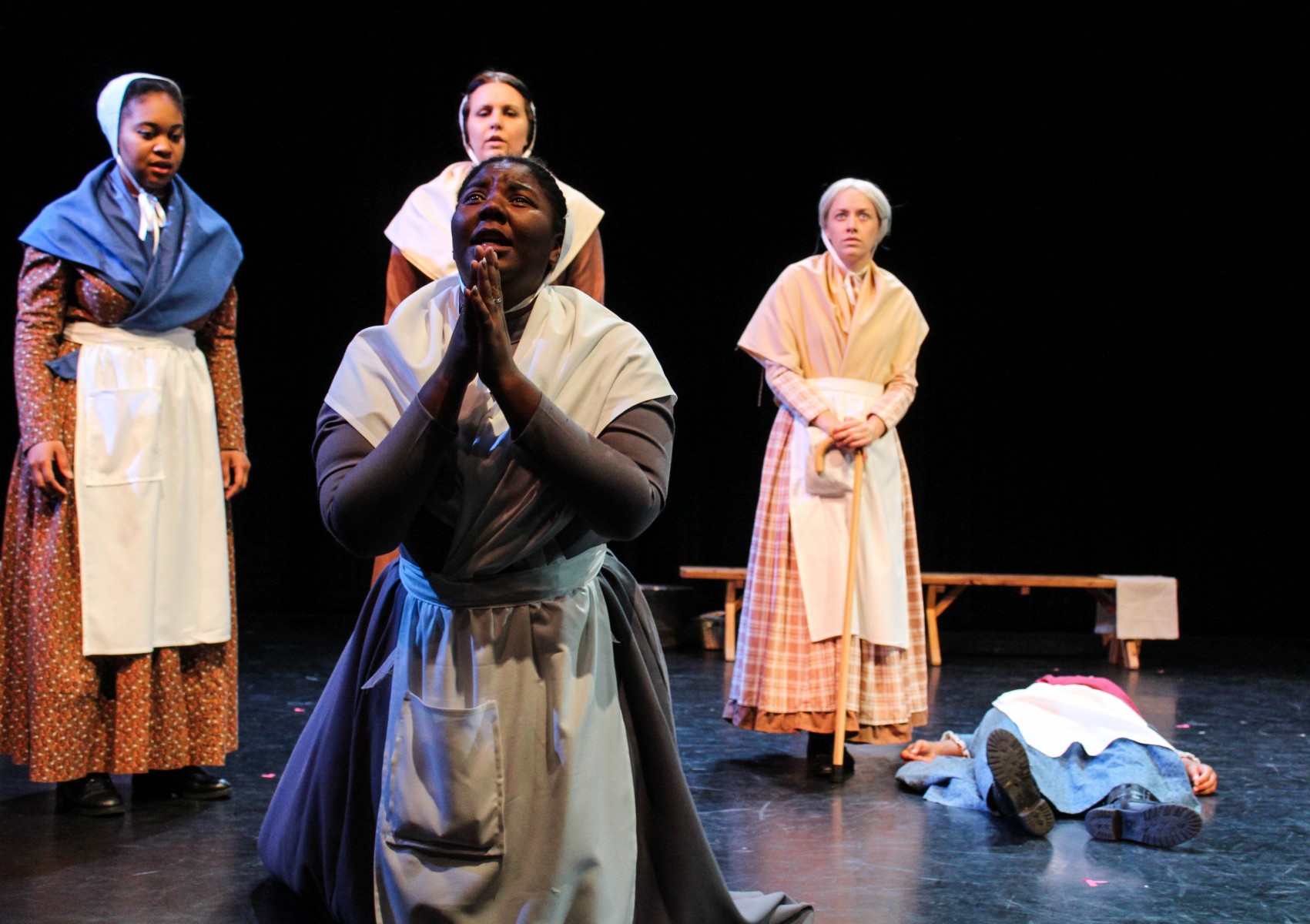 As it is in Heaven | Photo by Alexandra Quezada

The theatre program at California State University San Marcos (CSUSM) is pleased to present As it is in Heaven, a story of a religious community in crisis. Written by Arlene Hutton and directed by CSUSM School of Arts faculty Kaja Dunn in collaboration with CSUSM dance lecturer Anya Cloud, As it is in Heaven will run Wednesday, March 9 Sunday, March 13 in the Arts Building Performance Hall.

Set in 1838 in the Shaker Village of Pleasant Hill, Kentucky, the play explores issues of faith through the eyes of nine women. The Shakers are a religious sect founded in 18th century England, after branching off from a Quaker community. Shakers settled in colonial America and were known for their simple living, architecture and furniture. At the Shaker movement’s height between 1820 and 1860, the sect had expanded to the Midwestern states of Indiana, Kentucky and Ohio.

As it is in Heaven offers a fascinating glimpse into a turbulent time in Shaker history, when the Shaker’s orderly, Puritan modes of worship were being transformed into something more visionary and ecstatic. In the play, when a newcomer to the community begins experiencing visions, the older members begin to question their own devotion to “the Way,” as they haven’t had any such visions themselves. Alternately dramatic and comic, the play reflects the simplicity of the lifestyle it depicts and is punctuated by Shaker songs.

Admission is $12 for the general public and $10 for CSUSM students. Tickets can be purchased online.