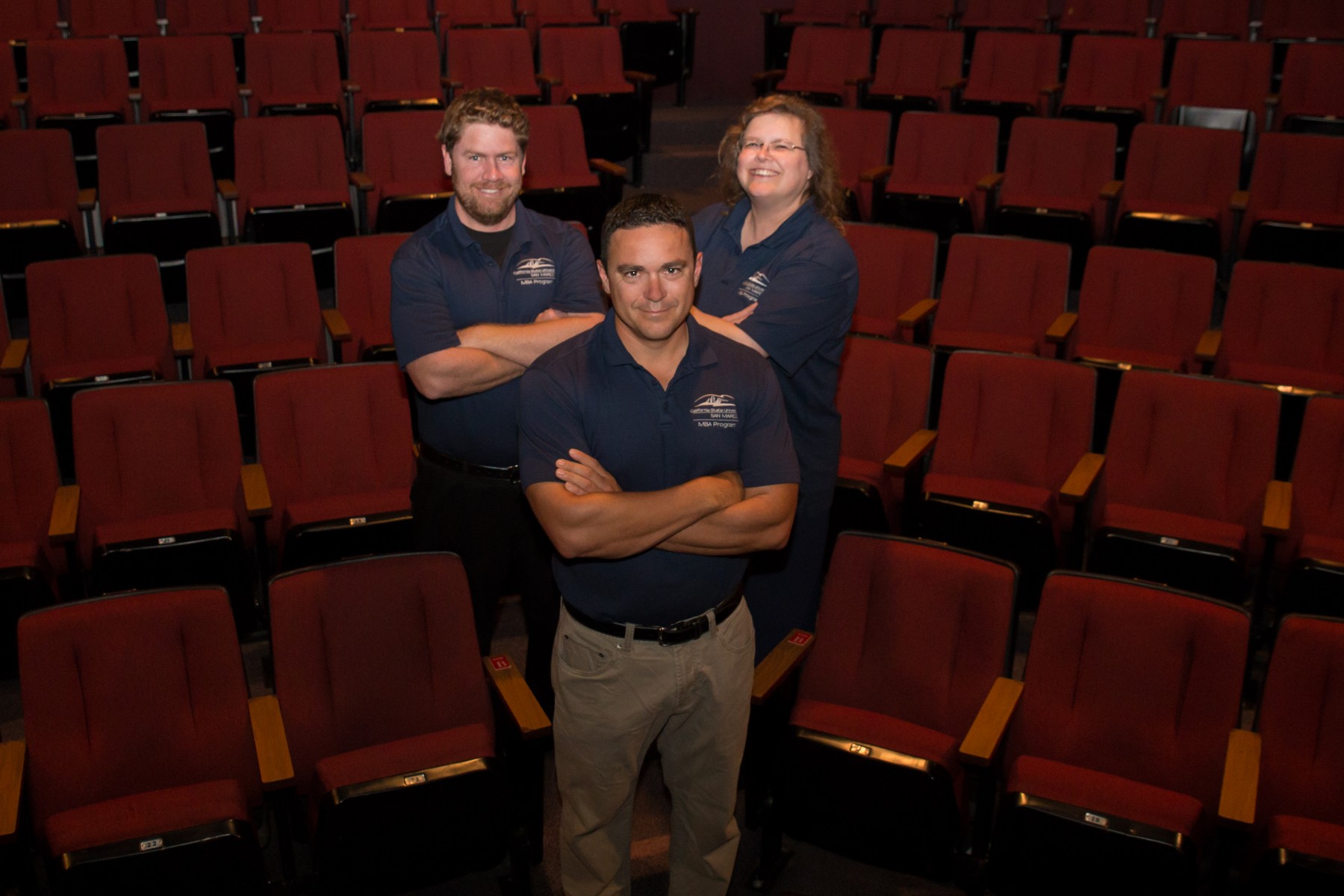 Students in marketing professor Don Sciglimpaglia’s Customer and Consumer Insight course this summer tackled a number of vexing challenges North County arts agencies are facing in growing their audiences, and their work is leading to new approaches already making a difference in building their customer base.

The class was offered through the Fully Employed MBA Program, and this was the first time it has been available at CSUSM. Clients have provided nothing but rave reviews.

“We received a very impressive, elaborate and very detailed report that has given us some ideas on expanding our social media presence and out-of-the box approaches we hadn’t thought about,” said Nancy Richards, director of marketing and public relations at the North Coast Repertory Theatre. “There was so much information. They delivered exactly what was asked.”

Sciglimpaglia, who previously taught in the College of Business at San Diego State University, was also pleased.

“Overall it worked well,” he said. “Our students worked hard, learned a lot and gained a lot of experience.”

Twenty-one students in the class were divided into seven, three-person teams matched with clients that included the North Coast Repertory Theatre in Solana Beach, New Village Arts Theatre in Carlsbad, and Moonlight Stage Productions in Vista, along with the City of Encinitas and others.

Among the challenges presented to the group working with the North Coast Repertory Theatre was attracting younger audiences. After meeting with Richards and others, students surveyed more than 7,000 customers. More than 900 responded, nearly 600 of whom said they discover their entertainment options via Facebook. The team also contacted and interviewed three advertising and marketing professionals for insights into how others in the industry are dealing with similar challenges. The sessions yielded suggestions such as making the Rep’s social media presence more compelling. “Likes” are not enough, said Ian Beavis, chief strategy officer at Automotive Marketing Consultants, Inc. Instead, provide content that people want to share and talk about. 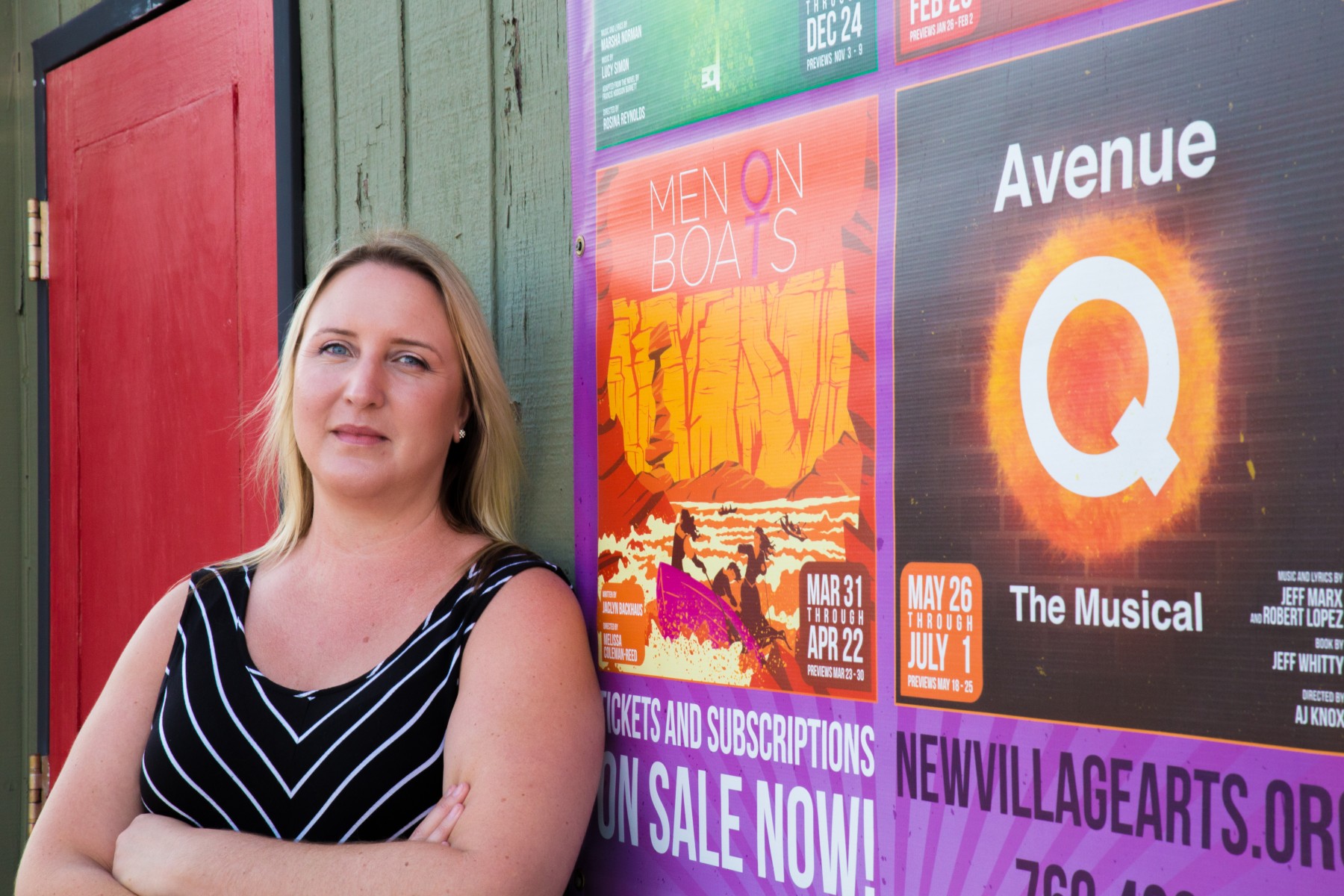 CSUSM Fully Employed MBA Program
Lorraine Ryglewicz led the CSUSM team tackling challenges facing the New Village Arts Theatre. Their project included surveying previous patrons to determine what led them to see a show. That helped them see what marketing channels worked and what strategies had not been tapped. Photo by Christine Vaughan

Lorraine Ryglewicz led the team tackling challenges facing the New Village Arts Theatre. Their project included surveying previous patrons to determine what led them to see a show. That helped them see what marketing channels worked and what strategies had not been tapped.

“The process taught me to know your audience,” Ryglewicz said. “At New Village Arts, you have an older audience and you’re working with an older demographic that is using more traditional forms of advertisement.”

A not insignificant percentage of patrons, Ryglewicz said, have discovered the theatre while strolling to a nearby restaurant. That led to suggestions of enlarging the signage on a theatre wall facing a parking lot and collaborating with local eateries to advertise upcoming shows.

“We really wanted them to focus on, ‘How do we get more people to know about us and get them to look into what we have to offer?’ ” said Kristianne Kurner, executive artistic director and founder of New Village Arts Theatre. “They came up with some really interesting marketing ideas that will be fun to play with.”

The Fully Employed MBA program is named so for a reason. It is open only to working professionals, and it requires 41 units of coursework that can be completed in 18 months. De Neef is an accounting manager at AMCI Global in Oceanside. Ryglewicz is the director of sales for a tech startup.

Ryglewicz said she was drawn to the program to gain the skills that could help further her career.

“I wanted to be a more rounded leader and prepared for opportunities that may arise in the future,” she said. “I could not be more impressed with the program. It is well resourced and the caliber of professors is remarkable.”

Companies or organizations interested in participating as a client in this program can contact Sciglimpaglia at dsciglim@csusm.edu.