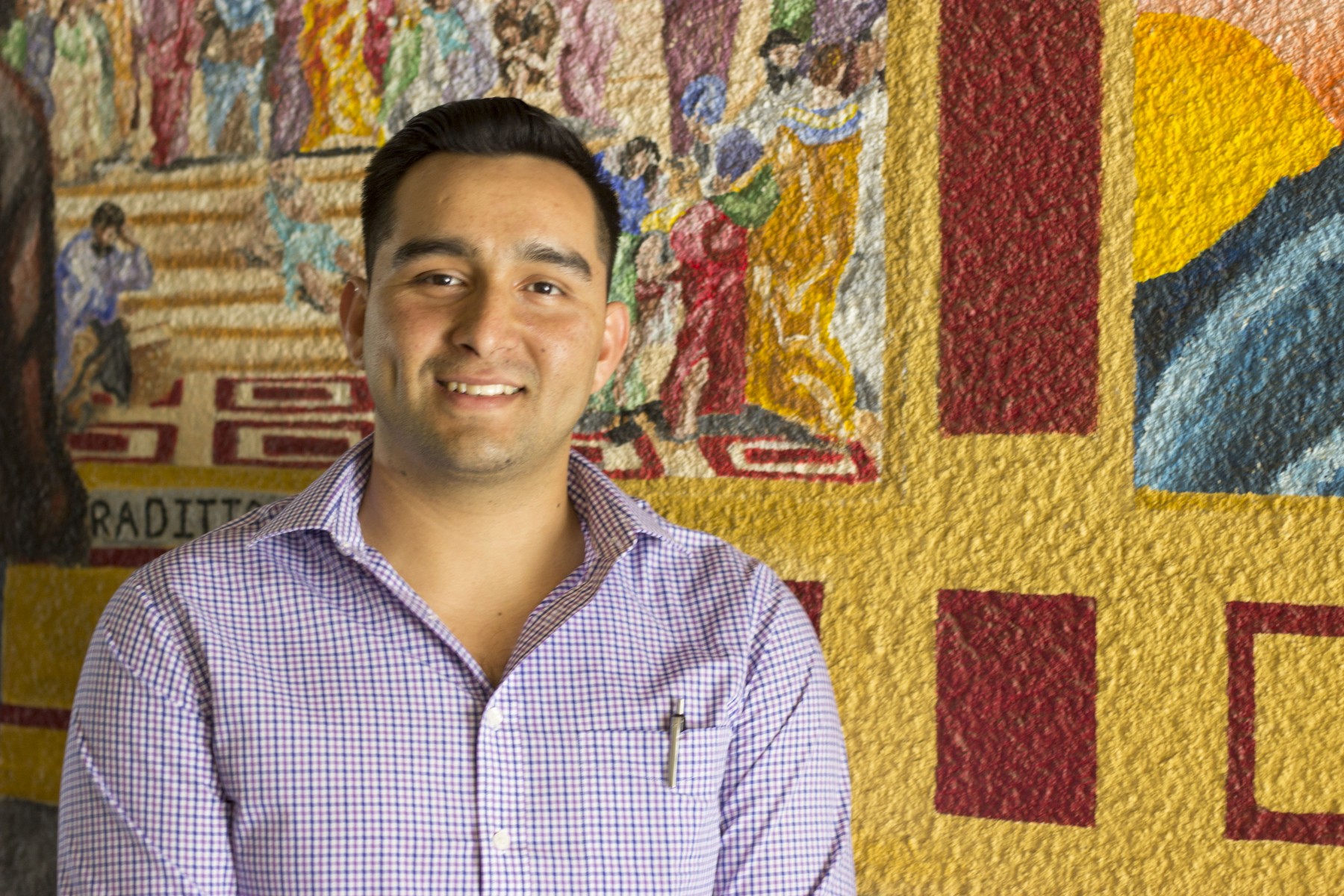 First Generation College Graduate Jose Nunez
Jose Nunez, graduating from CSUSM in 2015, is the first in his family to earn a college degree.

There are certain dates that will forever be ingrained in the memory of Jose Nunez Martinez. January 24, 2004, is when he arrived in San Diego aboard a Greyhound bus after emigrating from a small, impoverished town in the Mexican state of Guerrero. November 17, 2009, is when he became a United States citizen.

And on May 16, 2015, Jose will receive his bachelor of arts degree in psychology from Cal State San Marcos, becoming the first person in his family to graduate from college.

“It is a dream come true,” said Jose, who is already working as a sales representative for Primerica and has plans to return to CSUSM for his teaching credential. “My parents always wanted a better future for us.”

That better future came through perseverance, a family that doesn’t believe in quitting, and devoted faculty and staff at CSUSM.

“Mr. Martinez is very dedicated to school,” said Joe LeDesma, a coordinator and advisor with TRIO Student Support Services, a program that offers guidance and academic counseling to about 200 students from first-generation, low-income and disability backgrounds. “He’s had some challenges but he has overcome them. He’s a determined young man and it was important for him to get an education as a first generation college student.”

Nunez Family
Jose Nunez (far left) at approx. age 8 with, from left to right, his brother, mother, father and sister.
Jose Nunez in Kindergarten
Jose Nunez at the age of 6 in Kindergarten far left).
The Nunez patriarch
Jose Nunez as a boy sitting on his grandfather's lap surrounded by siblings and cousins.

Jose was one of seven siblings who lived with their parents in a cramped two-bedroom house on a small farm in Guerrero that barely provided enough food for the family. “We grew beans, corn, squash, sometimes peanuts,” Jose said. “It was the only way we could survive.” Making matters worse, Jose suffered from an epileptic seizure at school one day and it would take months before doctors could provide him with medication to control the condition.

Jose’s father wanted a better life for his children. He would move to Escondido and work a variety of jobs, from picking grapes to washing dishes to landscaping, sending much of his pay back home while arranging for his family to join him north of the border.

Jose arrived when he was 11. He didn’t know more than a few words of English when he settled in Escondido and enrolled in middle school. He struggled through class. His grades suffered.

“I knew I had to learn the language,” he said. “I started making sentences with the few words that I knew. It was hard. Then my brother came home with videotapes of learning English. I spent two or three hours after school everyday watching English language videos.”

Support at school, though, often was lacking. He recalls one teacher saying he wouldn’t amount to much.

But with the help of a couple teachers, Jose filled out his FAFSA form and applied to Palomar College. The Orange Glen High School graduate would earn associate degrees in three different subjects before transferring to CSUSM.

At CSUSM, Jose found a supportive network of administrators, counselors and professors who helped guarantee his success.

“They gave me so much help with tutors and personal counselors. And the library gives you all the help you need,” he said, adding that TRIO Student Support Services was especially helpful.

Student Support Services was authorized by Congress some 50 years ago to help Americans overcome class and social barriers to higher education. It has been hosted at CSUSM since 1993, and works in collaboration with other resources on campus to boost retention rates and ensure student success.

“First-generation, low-income students are coming from a background with a lot of challenges,” he said. “When we ask how a student is doing, we want to know how they’re doing outside of the classroom as well.”

Despite his challenges, Jose has been eager to give back to the community. He has been working with GEAR UP, a federally funded program designed to increase the number of low-income students who are prepared to enter and succeed in postsecondary education. Last summer, he served as a team leader at an Encuentros Leadership camp at CSUSM, an experience that led him to launch his own mentoring club. One of the high school students he’s been tutoring is set to go to college next fall.

His goal is to become a high school teacher.