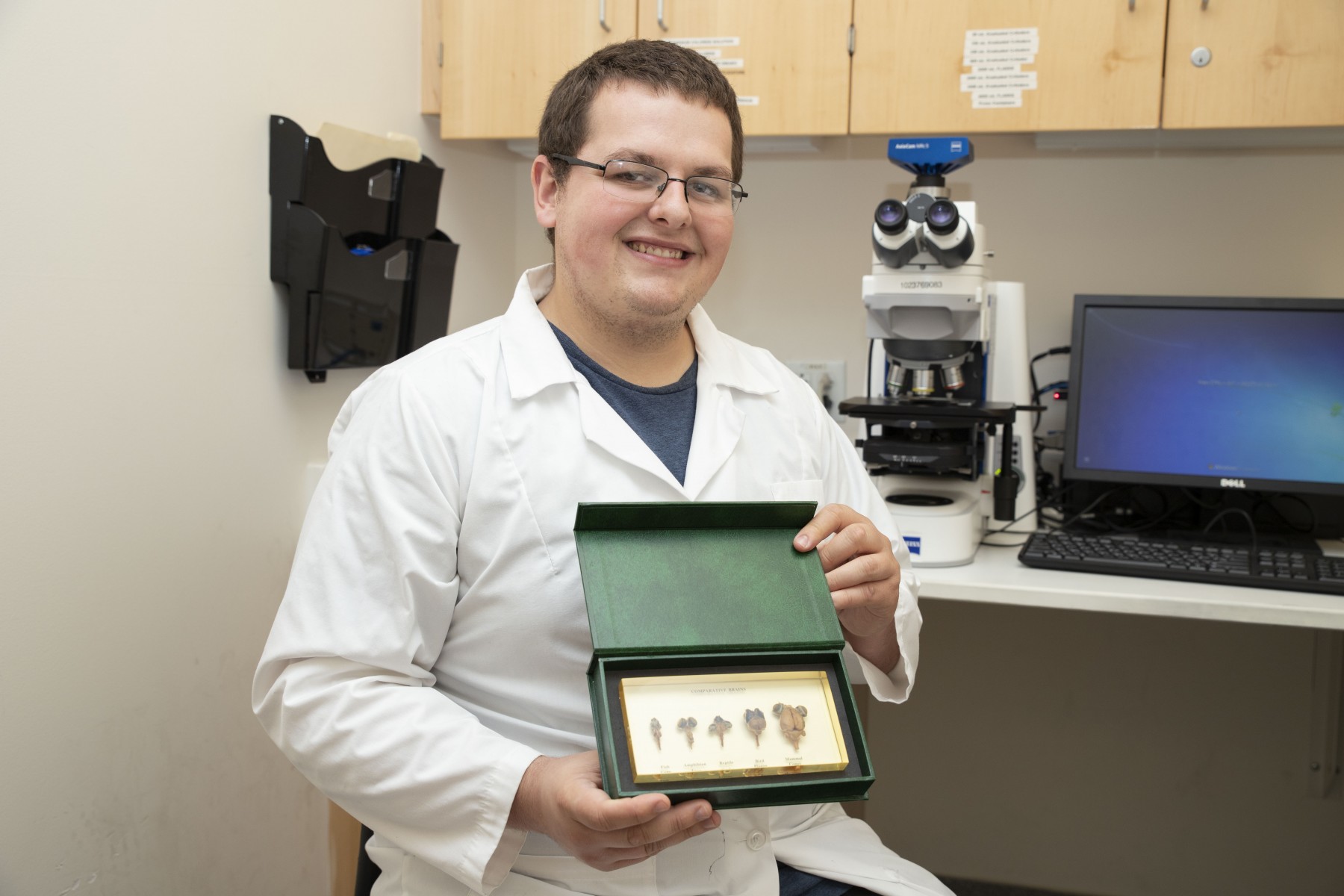 Conner Whitten
In May, CSUSM psychology student Conner Whitten will become the first in his family to earn a bachelor’s degree. He will begin a Ph.D. program in behavioral neuroscience in the fall. Photo by Andrew Reed

As the first in his family to attend college, Conner Whitten knows all too well the challenges faced by first-generation students.

For Conner, those challenges not only included helping his parents understand the often complex, painstaking process of earning a degree, but also his decision to continue pursuing higher education beyond a bachelor’s.

In fact, it was only a few years ago that Conner’s father figured his son had it made when he was promoted from busser to bartender at a sports bar and grill at Pechanga Resort and Casino.

Today, Conner is just a few months away from crossing the commencement stage at Cal State San Marcos, the proud recipient of a bachelor’s in psychology. He will continue his education in the fall when he begins a Ph.D. program in behavioral neuroscience.

The journey is about more than fulfilling his own dreams. It’s about creating opportunity for other American Indian children.

“He very much pays it forward to other students, just talking about how he got there and how he can help them,” said Kimberly D’Anna-Hernandez, a CSUSM psychology professor and one of Conner’s mentors. “He’s really dedicated to outreach.”

Conner is from the Pechanga Band of Luiseño Indians and has lived on the Pechanga reservation since moving to Southern California from Spokane, Wash., when he was 13. His family relocated in part to help care for his grandfather, who suffers from short-term memory loss due to a brain injury sustained in a car accident.

After graduating from high school, Conner spent his days in class at Palomar College and his nights and weekends working as a busser at Pechanga. While his eventual promotion to bartender meant more money to help his family, it came at the expense of his schoolwork.

Conner’s grades hit a low point when he learned that his father had glioma, a tumor on the brain. Fortunately, the tumor was benign, and seeing the neurological issues that plagued his father and grandfather inspired Conner to pursue neuroscience. 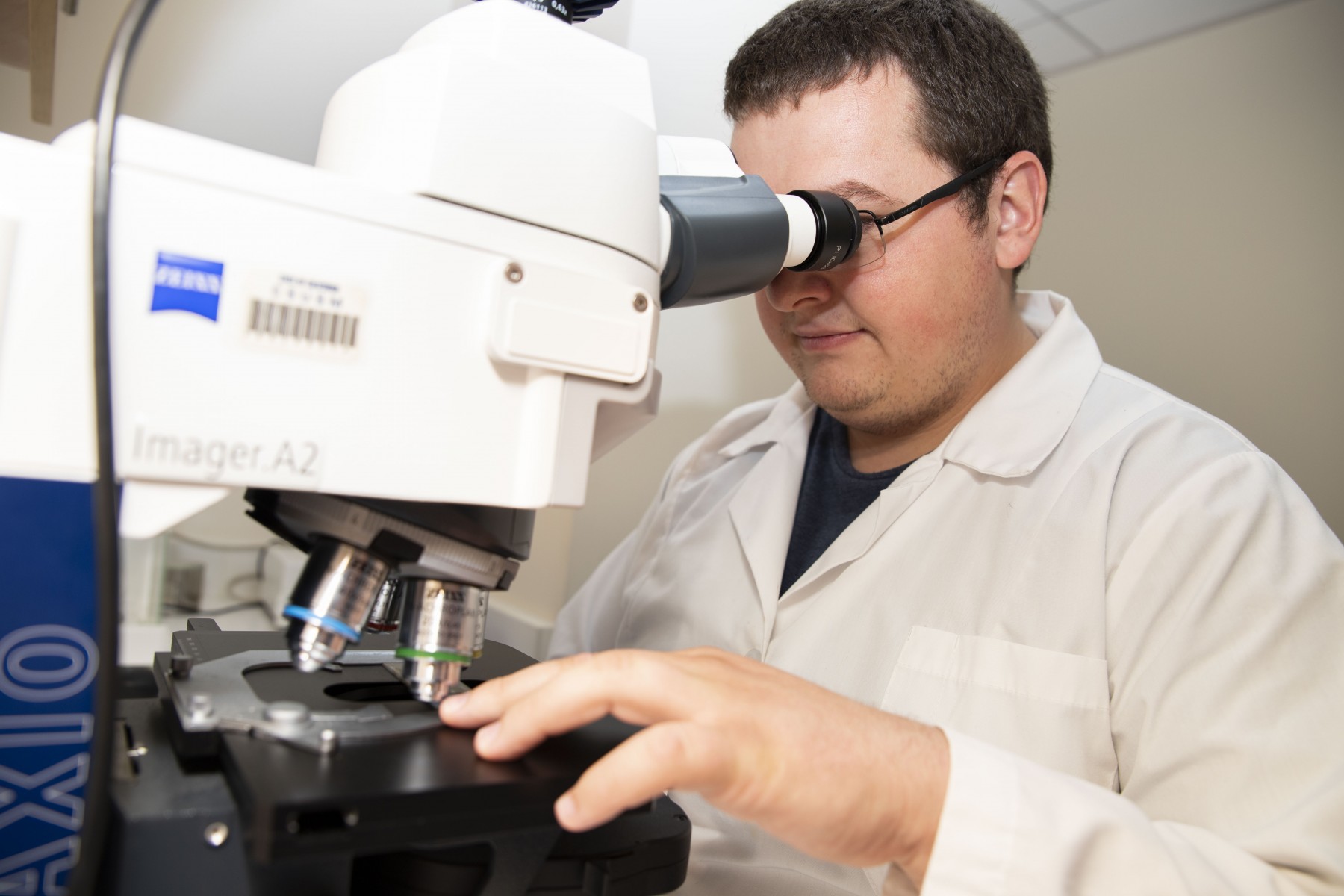 Conner Whitten
In May, CSUSM psychology student Conner Whitten will become the first in his family to earn a bachelor’s degree. He will begin a Ph.D. program in behavioral neuroscience in the fall. Photo by Andrew Reed

After he transferred to CSUSM in 2016, one of Conner’s cousins recommended that he look into the Native American Research Center for Health (NARCH), a partnership between Indian Health Service and the National Institutes of Health to increase research on health and health disparities in American Indian communities.

Conner also began working in the lab of CSUSM psychology professor Kim Pulvers, who introduced him to the Office for Training, Research and Education in the Sciences (OTRES), which helps students’ career development in biomedical sciences and related disciplines. Conner’s involvement in OTRES led to him being accepted into CSUSM’s Maximizing Access to Research Careers-Undergraduate Student Training Research, better known as MARC U*STAR. The program, which admits just five students each year, prepares underrepresented undergraduates majoring in the sciences to pursue doctoral studies.

Being part of those groups introduced Conner to a wealth of mentors. In addition to D’Anna-Hernandez and Pulvers, Conner is quick to praise Keith Trujillo, the director of OTRES; Angelica Rocha, OTRES’ assistant director for student support; and Richard Armenta, a kinesiology professor who is involved in NARCH.

“I’m grateful for these programs and to have these mentors,” Conner said. “Without them, I wouldn’t be where I’m at or where I’m going.”

Those connections also helped Conner earn enough money in work related to his studies – he worked with the Indian Health Council in Valley Center, and his participation in MARC includes a monthly stipend – that he was able to quit his bartending job.

Being able to focus on his studies has helped him raise his grade-point average to 3.9. He has already been accepted to doctoral programs at West Virginia University and the University of Tennessee, and he has an interview lined up at Georgia State later this month.

“He’s incredibly motivated and shows a lot of initiative,” D’Anna-Hernandez said. “He has independently designed experiments. He really dives into the literature and really tries to understand the deep meaning behind the work he’s interested in, which I really appreciate.”

Conner’s goal is to become a university professor with his own lab so he can provide other American Indians with opportunities similar to those he has enjoyed at CSUSM.

Education has become one of his passions, and he is fond of a quote from the 17th century writer Sor Juana Ines de la Cruz: “I don’t study to learn more, but to ignore less.”