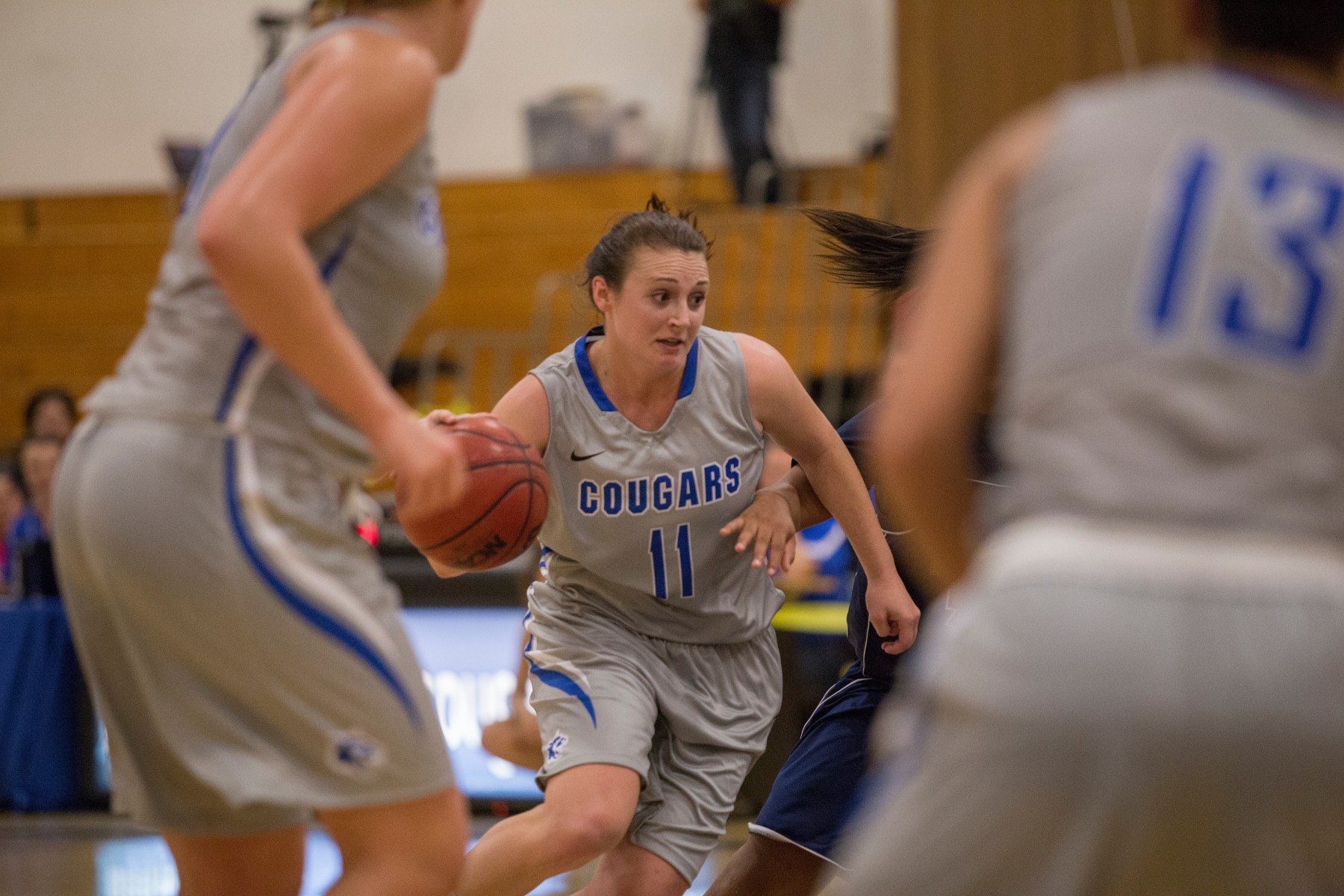 Mackenzie Harnett is a fourth-year graduating senior from Fullerton who has been shooting her way towards success at CSUSM.

As a student-athlete and leader, Mackenzie is majoring in economics and continues to be a valuable member of the University's women’s basketball team. She is also the president of the Student- Athlete Advisory Committee and works hard to achieve every goal that she sets in place.

1. Why did you choose CSUSM?

I decided to come to CSUSM because it was a really good opportunity to be a part of the first women’s basketball team ever at this University. We made our season debut during my freshman year and I’ve been on the team ever since. I just thought it would be really amazing to be able to come back here 30 years from now and see myself in the very first team picture. I also chose CSUSM because of its location and the fact that it’s not too far from home.

2. What do you like the most about this University?

My favorite part of CSUSM is the campus aesthetics. I really love the way that this school looks and how there are new buildings being added regularly. Also, when you are walking through campus you have these amazing views of the entire city.

3. How did you start playing basketball and what made you want to continue in college?

I was involved in many different sports as a kid, but I fell in love with basketball when I started playing in third grade. By the end of my senior year in high school, I decided that I was not done playing and I was not ready to give it up yet. So I chose to come to CSUSM and continue playing the sport that I love so much.

4. What are some of your basketball career stats at CSUSM?

I originally played guard and forward, but I have played all in all five positions on the court. I was the 2014 A.I.I. Defensive Player of the Year where I played in 28 games and averaged 19.4 minutes and 4.8 rebounds per game. In the A.I.I. Championship finals against Lindenwood-Belleville last year, I scored a career-best 17 points in addition to eight rebounds, two assists, two steals and two blocked shots. Currently in this season I have played in 31 games and averaged 29.1 minutes, 6.1 rebounds and 9.5 points per game.

5. What is the Student-Athlete Advisory Committee and what are your responsibilities?

The Student-Athlete Advisory Committee (SAAC) is comparable to ASI but for athletes specifically. We represent student-athletes and are a huge voice for what they want from the athletic department. We make up the leaders of our sports teams and we also initiate and participate in many community service activities. We had a dodgeball tournament on March 24 at the Clarke Field House, and all of the proceeds are going to the Make-A-Wish Foundation, which is one of our partners as an NCAA Division II school.

7. How do you find balance?

It is definitely very difficult to find balance between school, basketball and a social life. A big part of it is just time management. I am very accustomed to a fast-paced life because I’ve been doing this since I was really young. It is all a matter of staying focused and breaking everything down, rather than trying to look at the bigger picture and getting stressed out. Being a basketball player at a Division II university has also been helpful because unlike Division I teams, there is a much bigger emphasis on being a complete student-athlete. They understand that we are also in school and that we need to balance these things.

8. When you aren’t playing basketball or doing schoolwork, do you like to attend other campus events?

I participate in a lot of activities during U-Hour and I also really love to go to movie nights at the USU. I always feel as though I’m at a drive-in movie theater and I really love being able to have that experience.

9. What are your future goals?

I plan on using my economics degree to work within corporate finance, with hopes to one day run a finance company. I am also interested in returning to school in the future to get my MBA.