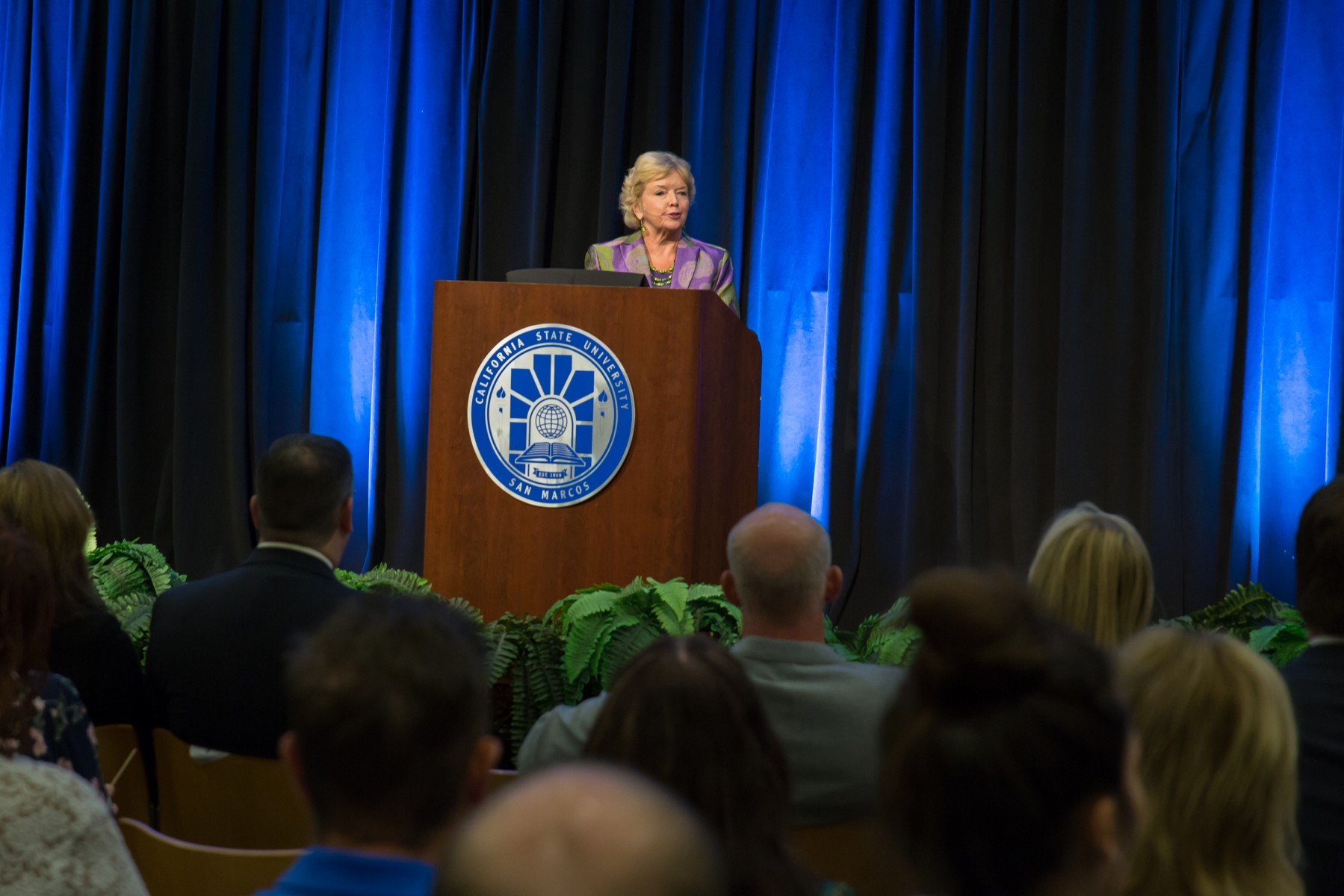 Speaking to hundreds of CSUSM faculty and staff members, she highlighted recent University achievements and set the tone for the new school year.

“Now, on the cusp of a new academic year, with all of the excitement, energy and new possibilities it brings, I’m proud of all that we can do and all that we will do to challenge the status quo, disrupt the traditional models of higher education, and propel our students and our region forward,” Haynes told attendees.

Haynes, CSUSM’s longest-serving president and the most senior president in the 23-campus CSU system, said the University has become a vital cultural and intellectual resource for the region. The myriad milestones Haynes noted at Convocation included:

Haynes also shared an update on CSUSM’s first comprehensive fundraising campaign, Forward Together, an ambitious effort to raise $50 million in support of students, community engagement initiatives, research and other programs.

Individuals, corporations and foundations have contributed more than $38 million since the campaign was publicly launched in September 2015, putting CSUSM more than 77 percent of the way toward its goal.

Haynes highlighted a number of campaign gifts, including a recent $1 million pledge from the Epstein family to physically expand the University’s Veterans Center.

“Together, we are empowering our students to achieve a better life not just for themselves, but for their families and communities,” Haynes told Convocation attendees. “Upon graduation, they are not just fulfilling a life goal but, for many, a goal that has been many generations in the making. Goals — thanks to your teaching and mentorship — that are building on an important regional legacy. Goals that are only the beginning of imagining the possibilities of ones’ life trajectory!”