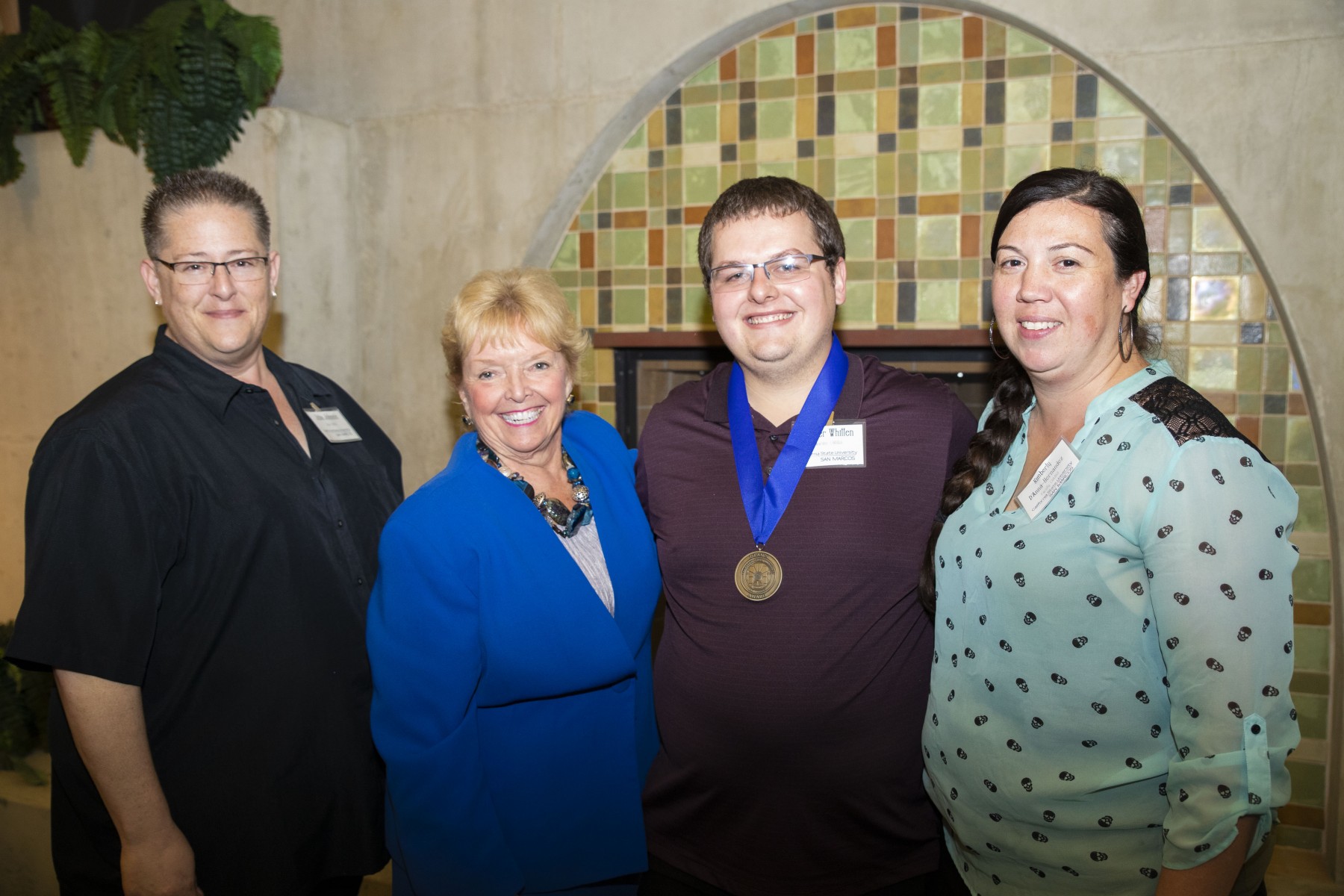 Nearly 3,800 students are expected to graduate from Cal State San Marcos this month. On April 29, six standouts from the Class of 2019 were honored at a special awards dinner to celebrate their achievements.

Honorees were nominated by faculty or staff and endorsed by their college’s dean. Here is a closer look at each award recipient:

Conner is a first-generation college student and American Indian whose academic interest lies within the field of neuroscience. In his time at CSUSM, he has held the role of research assistant four times, and he’s currently conducting an independent research study on the role of neuropeptides on the performance of maternal behavior in mice.

Two of Conner’s research projects – the Pill Take Back Program on opioid abuse and Ready Set Go! on fetal alcohol spectrum disorders – directly affected the American Indian community. He already has been accepted into the Ph.D. program for experimental psychology at the University of Tennessee. 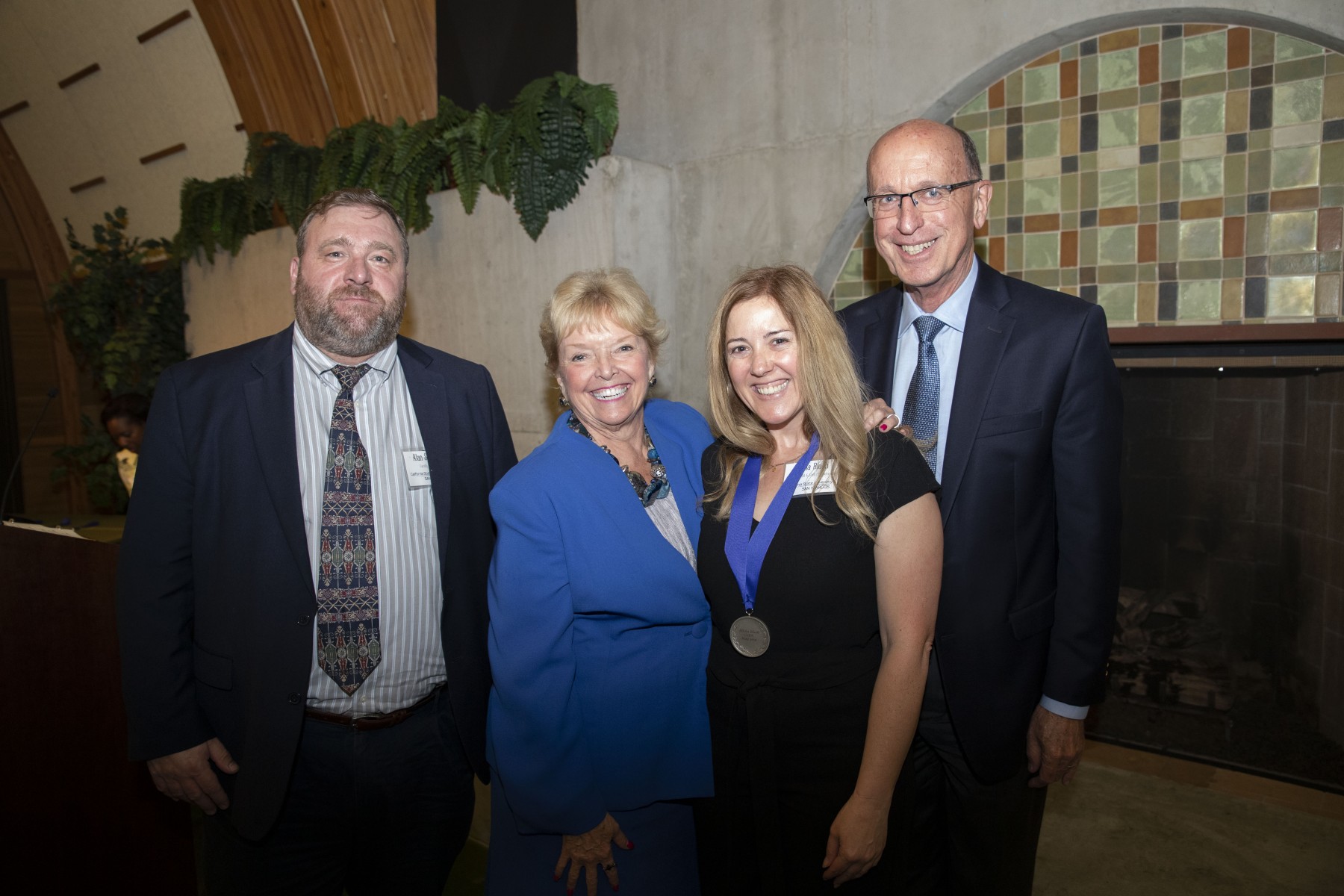 Alisha transferred from MiraCosta and Palomar colleges after a successful 17-year career in management and after overcoming some challenging life experiences, including two bouts with thyroid cancer.

She not only excels academically, but she also motivates other students to achieve their academic potential. She was appointed by faculty to roles as head tutor of the accounting lab, supplemental instructor for Introduction to Managerial Accounting and teaching assistant for the junior-level cost accounting class. She also is external vice president of the Accounting Society.

Alisha has been accepted to the Master of Professional Accountancy program at UC Irvine and plans to pursue a doctorate. 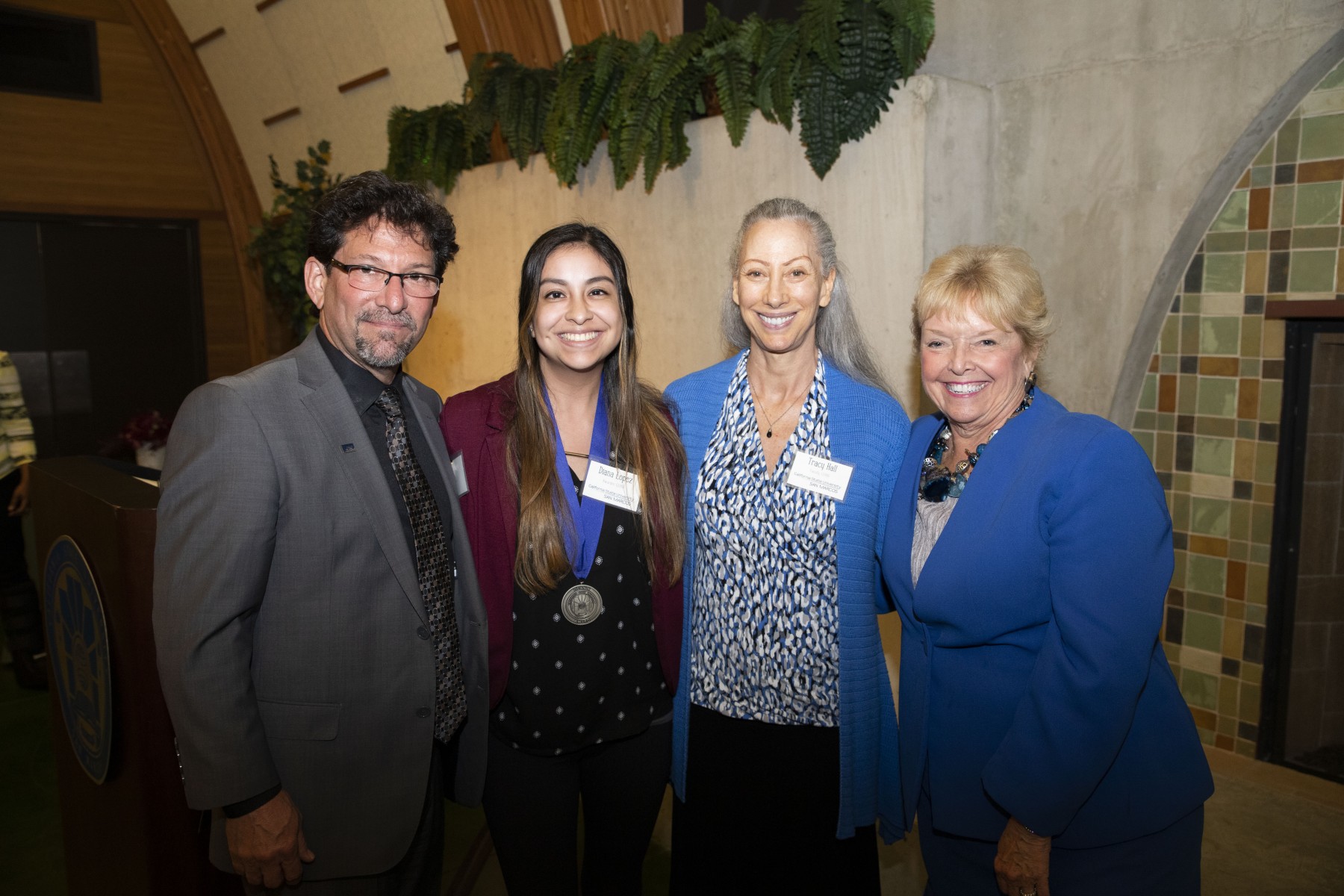 A first-generation college student struggling with her cultural identity, Diana was embarrassed to speak Spanish in front of her friends until her second year at CSUSM. Helped by the university’s and the department’s celebration of diversity, she built her fluency in English and demonstrated a drive and sense of leadership.

Last year, she served as the president of the student-led Human Development Club, and she has volunteered many hours to local community organizations helping culturally diverse youth and their parents, all while working to put herself through college.

Diana plans to continue her education and is applying to master’s programs in social work. 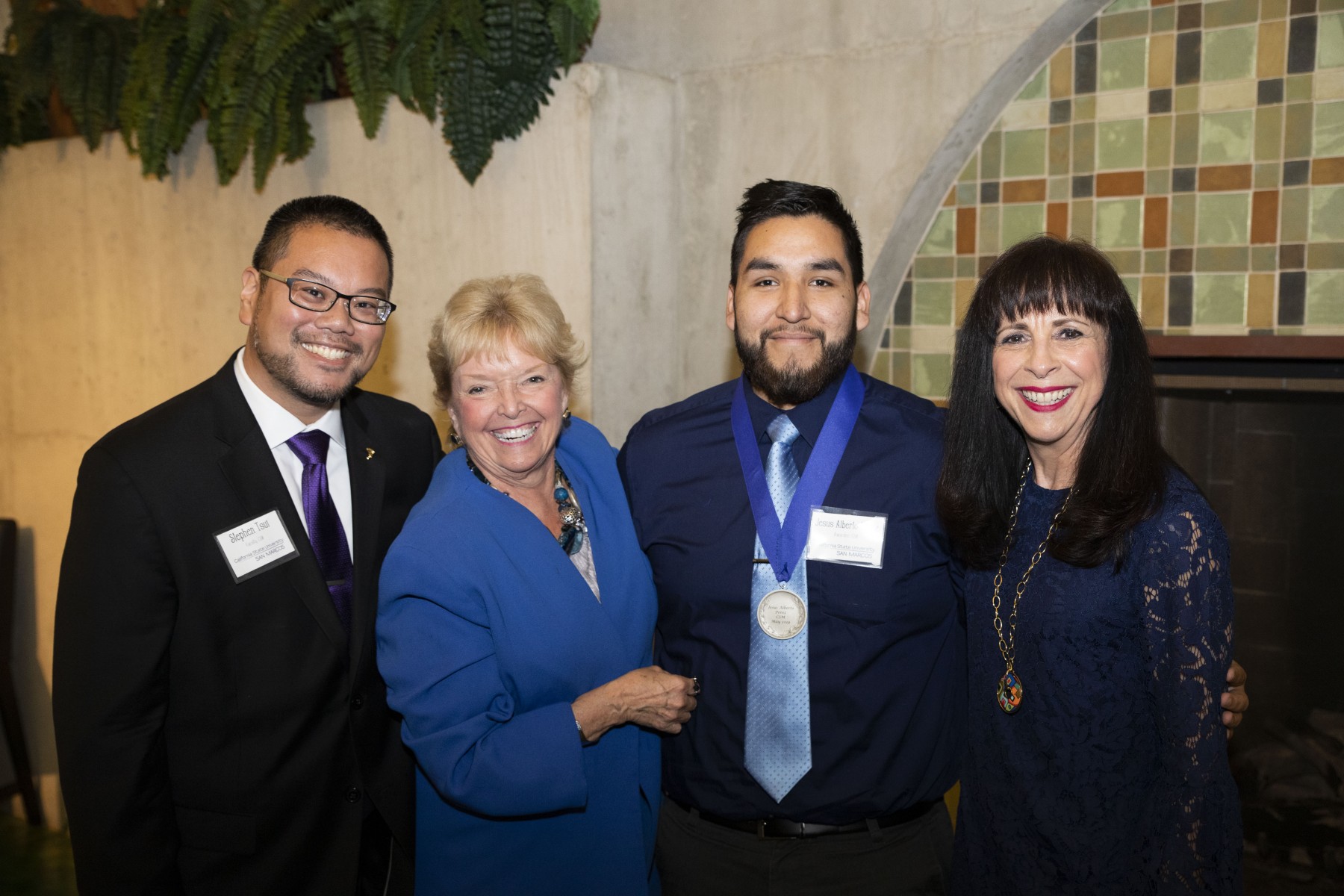 Though he has not yet received his bachelor’s degree, Jesus is already an accomplished physicist. He has been accepted into UCLA’s doctoral physics program and was awarded the Eugene V. Cota-Robles Fellowship, which will provide him with a graduate stipend of $100,000 over four years.

Jesus’ undergraduate research began in 2016 with a semester-long internship at the Princeton Plasma Physics Laboratory, and he since has proven to be an outstanding member of the CSUSM physics research lab. And his involvement in the university chapter of the Society of Physics Students has led to increasing roles of leadership and service to the community. 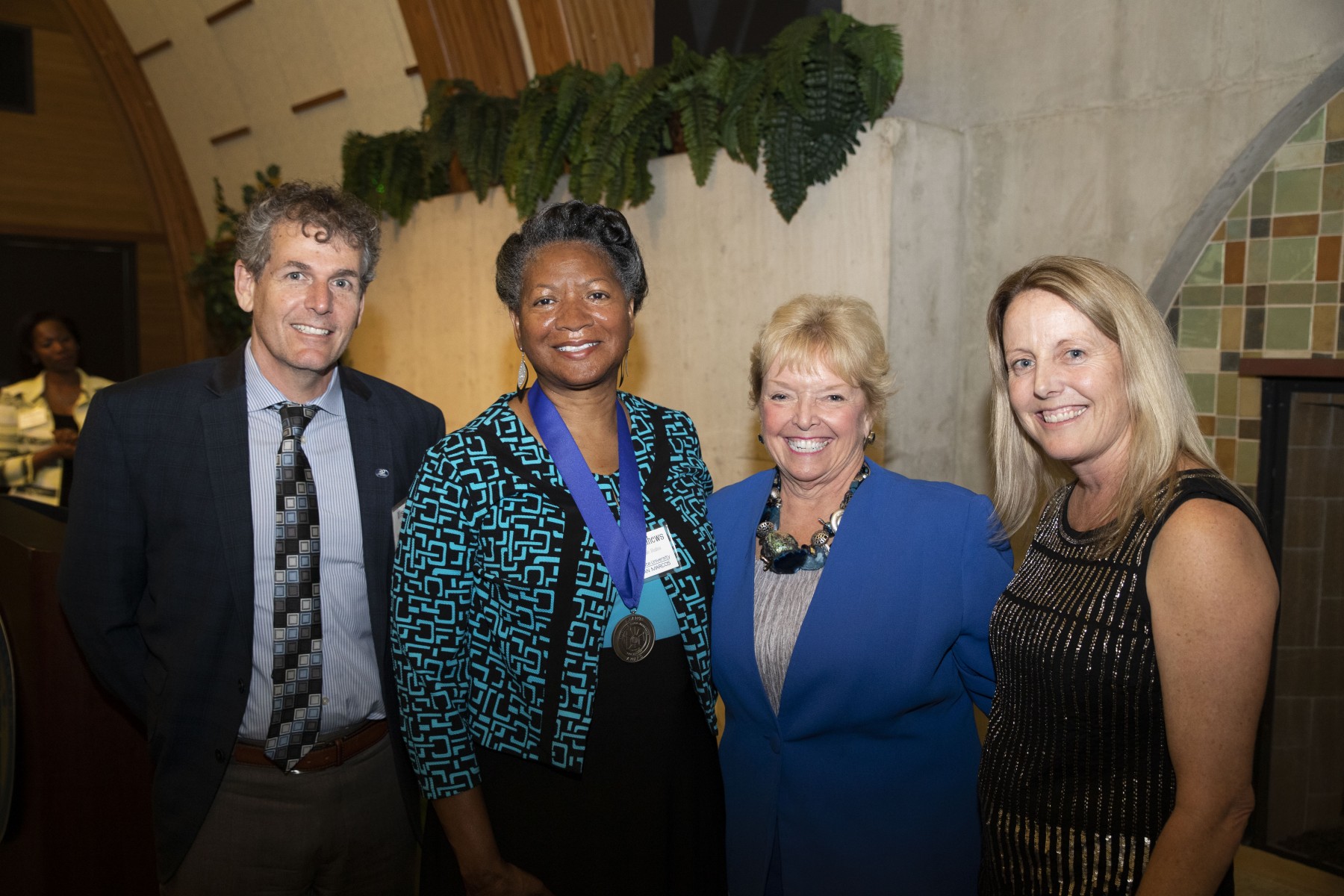 After Carolyn earned a bachelor’s in biological sciences, she promised herself that one day she would return to school for her graduate degree. She worked as a teacher and then a clinical lab scientist for many years, starting a family and supporting her husband while he served in the U.S. Navy. This spring, she will finally achieve the goal she made for herself.

Carolyn is currently working on a research project studying the roles played by the immune system in the skin during wound repair. Her findings are being compiled and written into a manuscript that will be submitted this summer, with Carolyn as the first author.

In pursuing her master’s degree, she has played the role of mentor for many young scientists, including training seven undergraduate students. She now plans to pursue her dream of obtaining a research position in biotechnology while continuing to teach at the community college level. 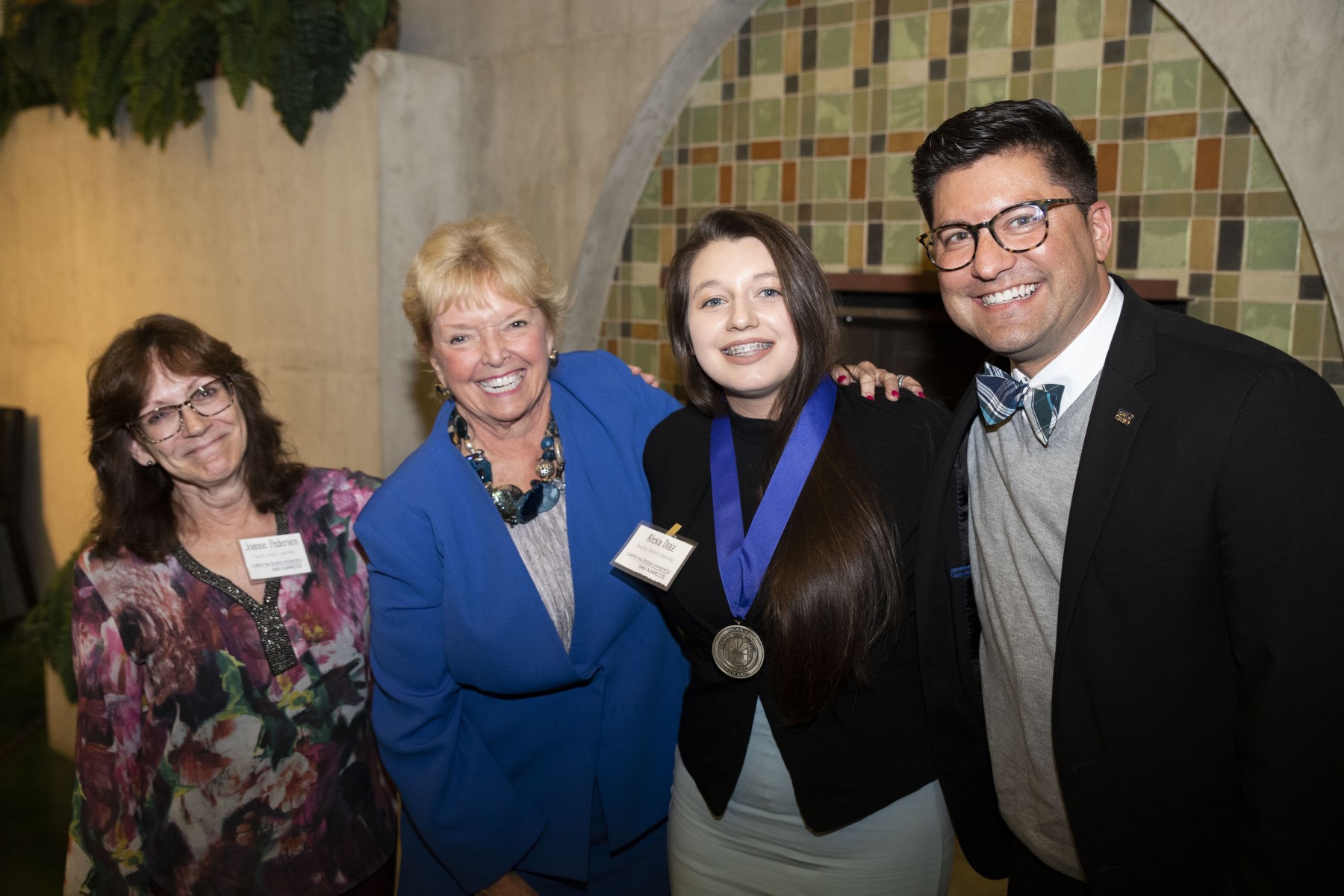 Alexa is an outstanding scholar whose true passion is helping others. During her first year, she was initiated into the Alpha Lambda Delta honor society, and later elected president of the CSUSM chapter.

During her second year, she joined the Tukwut Leadership Circle, the campus’ leadership certificate program, and her service has been recognized by UNESCO for the last three years. Last year, she because the lead for the TLC Peer Leadership Team; in total, she has served over 3,000 hours in support of TLC students.

Alexa also has begun to explore the world of teaching at the college level. After receiving training covering student development theory and research on first-year student college success, First-Year Programs hired her as an instructional student assistant to serve as a GEL 101 peer educator. 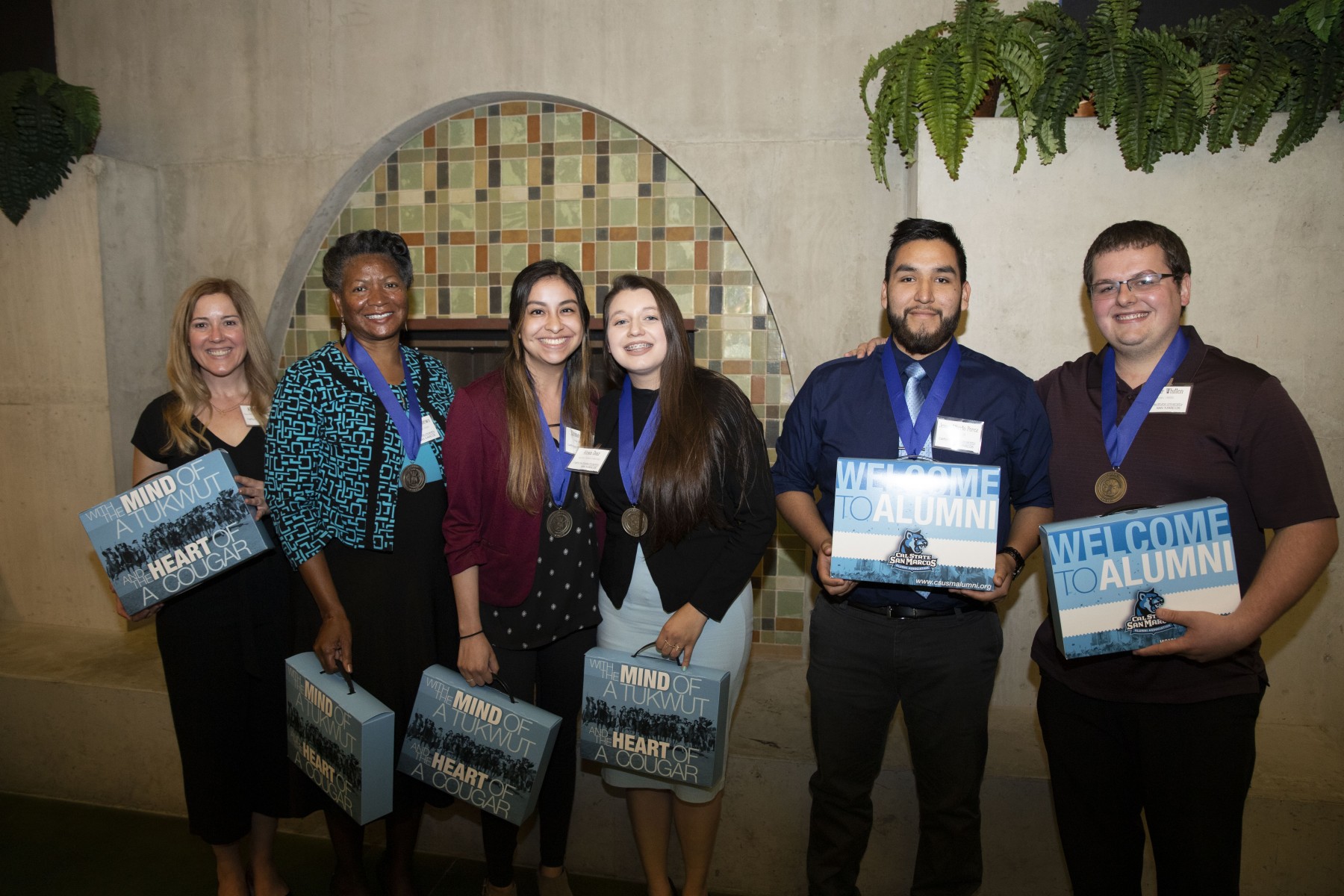 2019 Outstanding Graduates
The graduates received membership in the Cal State San Marcos Alumni Association for the next year. Photo by Andrew Reed

Cal State San Marcos electrical engineering student Sean Resor (he/him) walks into each of his many roles with a kind heart, helpful hand and open-minded ear, which allows him to pave his own path to success and build steady foundations for future …
Read more