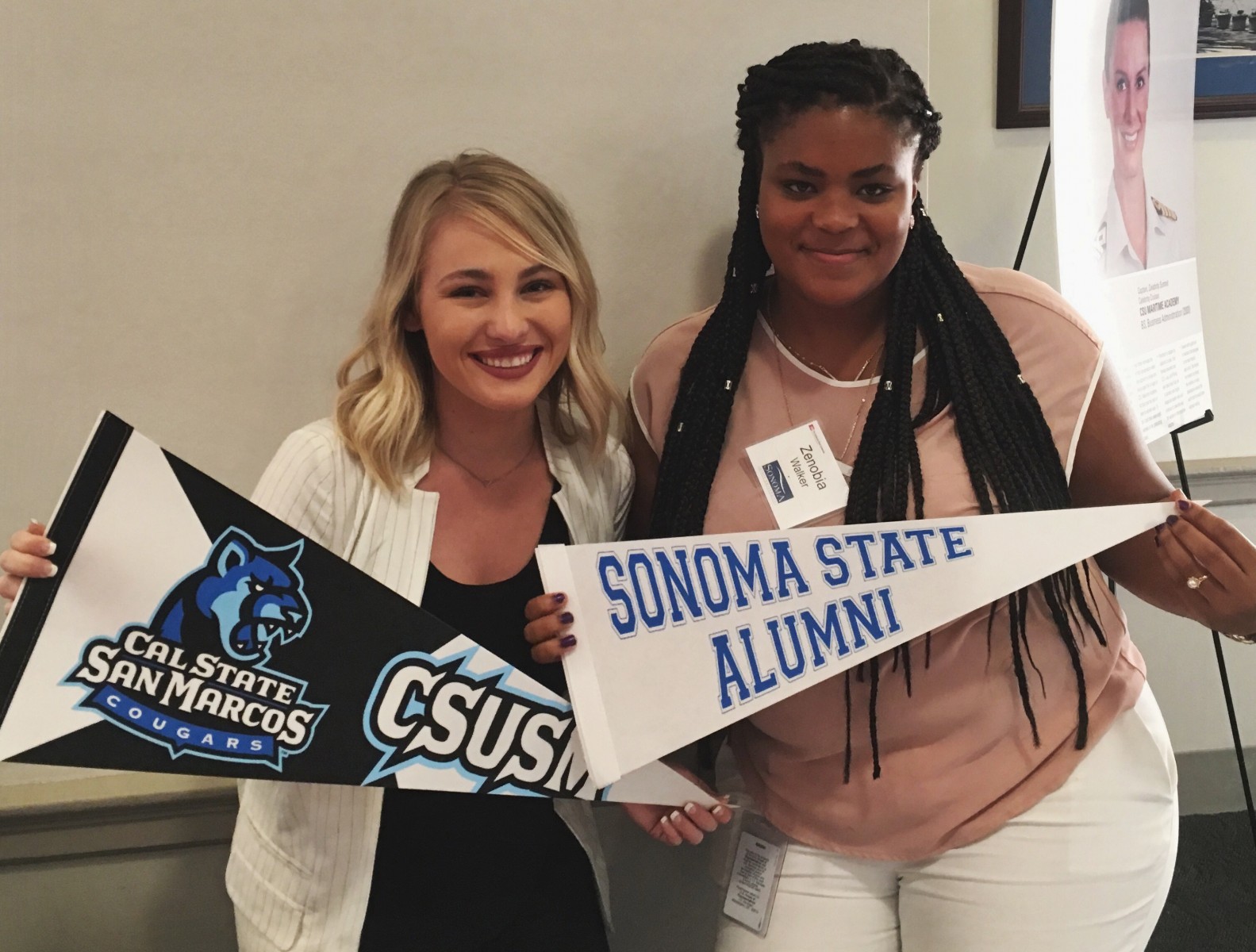 Jessica Dockstader was understandably nervous heading off to participate in the Panetta Institute’s Congressional Internship Program in August.

Jessica, a human development major at Cal State San Marcos, knew she would be surrounded by political science students and was concerned about being behind in her knowledge of the political landscape.

She quickly learned there was no need to worry.

The internship started with an intensive two-week prep period at the Panetta Institute, which was founded in 1997 by former CIA Director and Secretary of Defense Leon Panetta and his wife Sylvia. Then it was off to Washington, D.C., for a 2½-month stint working on Capitol Hill.

Panetta interns are assigned to work in the office of a member of the California congressional delegation while also attending weekly seminars on policy issues and various aspects of government.

“This experience got me even more interested in politics,” said Jessica, who was assigned to the office of Rep. Steve Knight of California’s 25th district, which includes parts of northern Los Angeles County and Ventura County.

Jessica and the other 25 students who participated in the program, including one from each California State University school, were exposed to a wide array of speakers, including former Vice President Dan Quayle.

However, it was Panetta himself who really resonated with Jessica.

“We had a lot of exposure with him,” she said. “We know what a big deal he is, but he’s such a down-to-earth person. He’s so knowledgeable on so many different things, and I think that’s why we had so much time with him because he could talk to us about everything from foreign affairs to how a bill gets passed.”

Jessica went through a rigorous process to obtain the internship. It first piqued her interest when she read about it in one of CSUSM’s campus announcements. She then made an appointment with Joshua Galea’i, a counselor in CSUSM’s career center, to work on her resume and interviewing skills.

Jessica said Galea’i and Shannon Nolan-Aranez, coordinator of student involvement in Student Life & Leadership, were instrumental in helping her land the internship.

“Jessica’s persistence and follow-through is what allowed her to maximize our services and resources at CSUSM,” Galea’i said. “And I am sure those are qualities she brought to the internship.”

In addition to the application, Jessica had to make it through an intensive interview process to earn CSUSM’s recommendation to the Panetta Institute. Even after passing those hurdles, she had one final interview at the Institute with a panel that included Sylvia Panetta.

“That was really nerve-racking,” she said. “I just tried to be myself.”

Not only are all costs associated with the internship covered by the Institute, but students each earn 20 semester credits. Jessica is in the process of completing a 20-page policy paper – she chose to focus on campaign finance reform and the impact of Citizens United – and will also submit a 20-page journal about her daily experiences.

The experience also changed Jessica’s future path. Though she had been interested in attending law school before the internship, she now plans to pursue a double master’s after she graduates from CSUSM in May – one in peace and conflict studies and another in public policy.

“I’ve always tried to stand up for the underdog,” she said. “I’ve always wanted to figure out how to solve problems and how to fix things. And I like to be able to make sense of things.”

Jessica is also planning to begin another internship, this time in the San Diego office of Rep. Susan Davis. She said the internship with Davis wouldn’t have been possible without the connections she made through her Panetta internship.

Jessica said there weren’t a lot of applicants at CSUSM for the Panetta internship when she went through the process and she’s hoping more students pursue it in the future, especially after seeing the impact it has had on her own life.

“It’s such a great opportunity,” she said. “It’s such a huge steppingstone. The connections I made there are going to last a lifetime.” 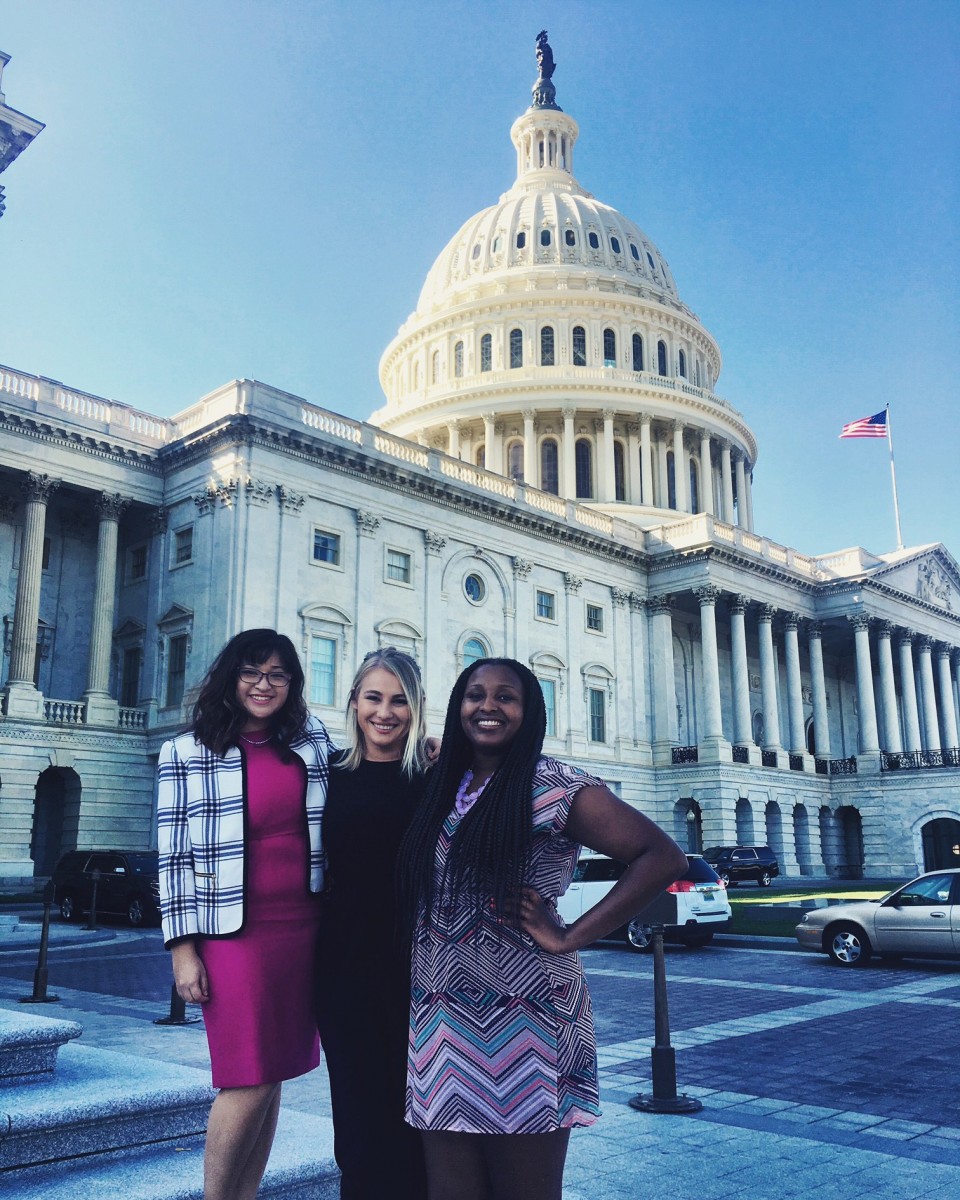