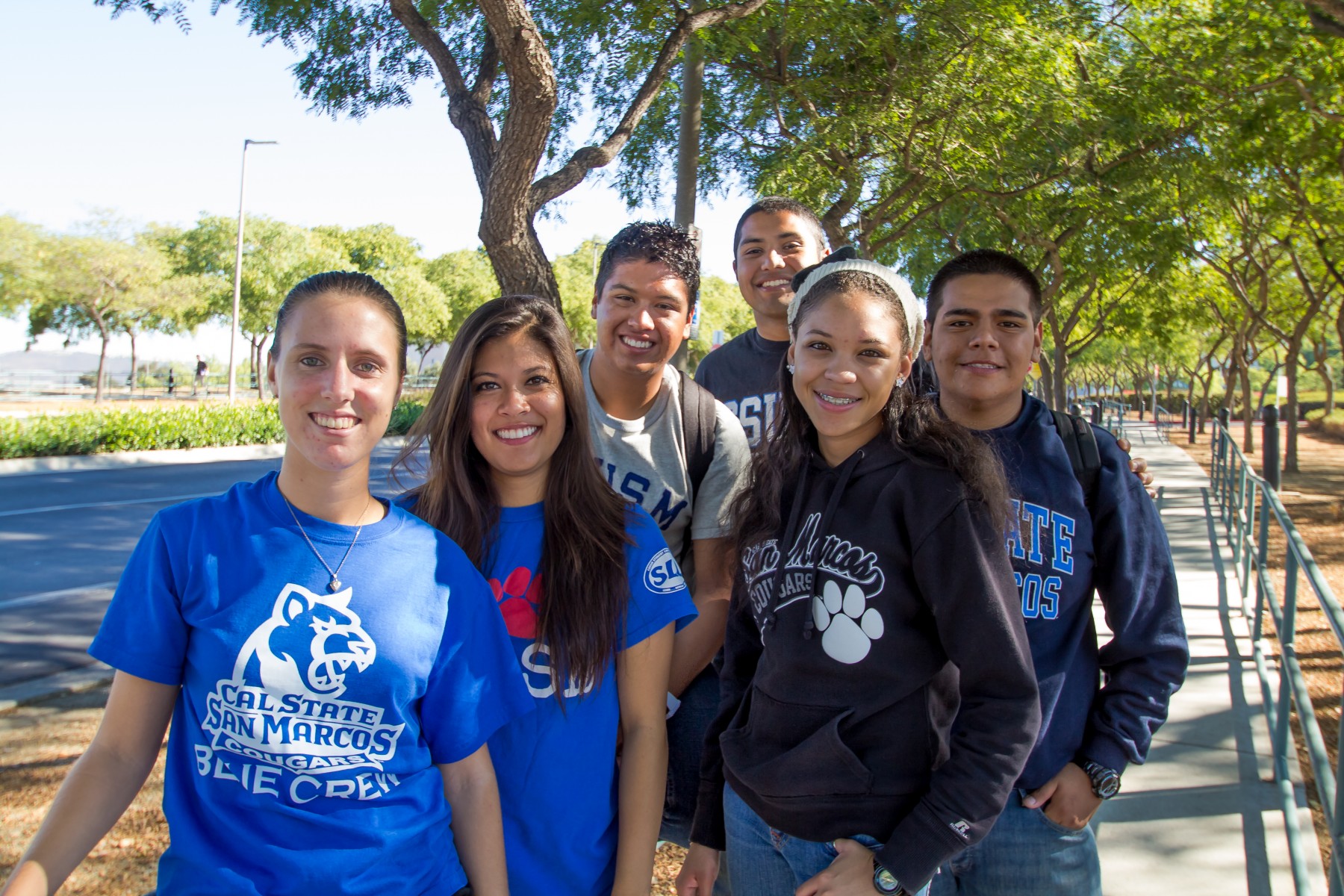 California State University San Marcos (CSUSM) was recently awarded $2.5 million by Governor Brown in recognition of innovative efforts to serve first-year undergraduate students, particularly the most at-risk, on their pathway to a college degree.

Of the 58 public colleges and universities that applied for the Awards for Innovation in Higher Education, only 14 of the highest scoring candidates were selected to share in the one-time $50 million from the General Fund. Institutions were selected based on activities and programs that change existing policies, practices or systems to achieve the following priorities: significantly increase the number of bachelor’s degrees awarded; allow students to complete bachelor’s degrees within four years after beginning higher education; and ease transfer through the state’s education system by better recognizing learning that occurs across the state’s education segments and elsewhere.

“The innovations we are celebrating today are already helping to maintain and expand access to higher education for California’s students,” said Michael Cohen, chair of the Committee on Awards for Innovation in Higher Education and director of the Department of Finance, in a statement on Friday, March 20. “Today's action recognizes the hard work, innovation and creativity of our higher education campuses in improving the success of their students.”

CSUSM’s application received high marks in particular for its strong focus on first-year remediation and retention. While many students arrive at CSUSM underprepared for college-level courses, the university’s First Year Program has found success with summer programs, first-year courses and learning communities that strengthen students’ academic and life skills.

Figures like these are examples of the long-term goals outlined in CSUSM’s application to boost the number of bachelor degrees awarded by increasing the four- and six-year graduation rates, closing the six-year achievement gap between at-risk and non-at-risk students, and maintaining the institution’s impressive retention rates.

“CSUSM will continue to realize these goals by working with first-year and transfer students to increase the average number of units they complete toward their major, and by increasing the number of high-impact practices (HIPs) students complete,” explained Formo. “Data confirms that HIPs will continue to be foundational to our students’ academic success. Our focused attention on all first-year students, including our most at-risk, tells an important success story. In Cesar Chavez’s words: ¡Si se puede! It can be done!”

In addition to receiving praise for CSUSM’s first-year innovations, the submission was noted for its assessment plan. With First Year Program’s continued success, CSUSM expects to exceed the Graduation Initiative 2025 goals established by the California State University Chancellor’s Office.

CSUSM was also noted for its well-established collaborations with AVID for Higher Education, regional tribal communities, the North County Professional Development Federation and the North County Higher Education Alliance to increase college attendance and graduation rates among regional students. Furthermore, the university’s partnership with the County of San Diego, Health and Human Services has been essential to its collective academic support of former foster youth.

“For 25 years Cal State San Marcos has been the place where dedicated and talented faculty and staff facilitate the success of students—our region’s future leaders and change-makers,” said President Karen Haynes. “Together, with our community partners, we are proud to be enhancing and elevating our vibrant region.”

Additional information about the Committee on Awards for Innovation in Higher Education can be found here.