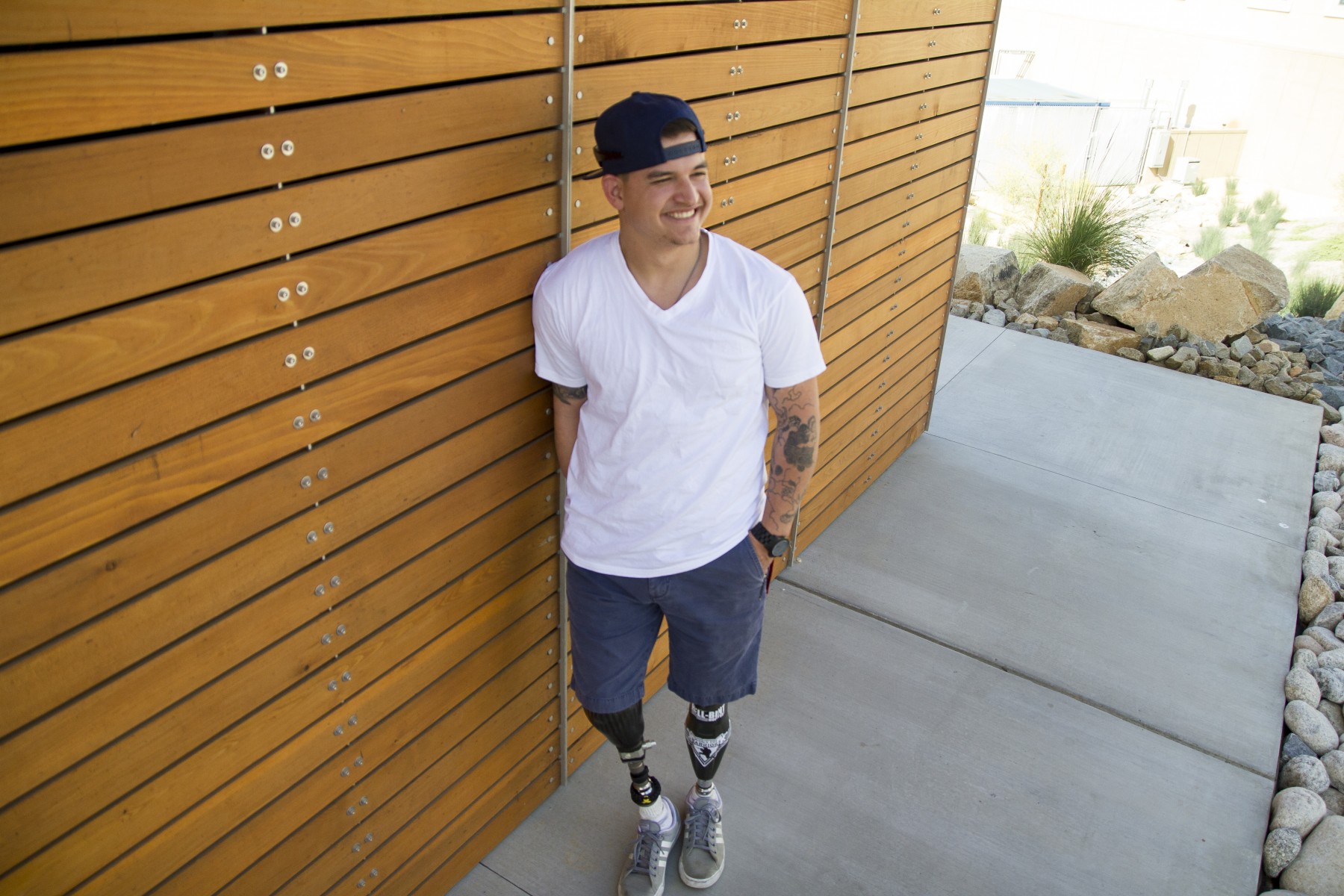 He was awarded a Purple Heart for wounds received in service to his country, and now Marine veteran Erik Galvan hopes to further his education and help other veterans like him transition back to civilian life.

After an improvised explosive device (IED) took both of his legs and part of his right arm, Lance Corporal Erik Galvan has had a long road to healing. Now he is a sophomore at Cal State San Marcos majoring in human development with an emphasis in counseling and plans on a career in social work.

Erik was 19 years old when he deployed to Afghanistan in 2011. Three months into his deployment he stepped on an IED while out patrolling with his unit and suffered debilitating injuries. Recently Erik shared his story, alongside his quad leader, Sergeant Daniel Wheeler, with StoryCorps’ Military Voices Initiative as they looked back on the day that war tore apart their friendship and how they found forgiveness.

Erik has faced challenges both academically and emotionally, as a result of his injuries and his transition back to civilian life. He credits the Veterans Center staff for providing help and support to him during his transition to college.

“Veterans Services helped me get my classes organized and obtain the accommodations I needed for my disabilities,” said Galvan. “I strongly feel that without the incredible staff I wouldn’t have made it this far in my studies.”

Following his human development degree, Galvan hopes to pursue a Master’s in social work. He says he chose CSUSM because of the outstanding veterans program and has found the campus atmosphere to be a great place for learning and support.

“The Vet Center has been an oasis for me,” said Galvan. "I know as soon as I walk through that door I can be myself without trying to conform to what a normal college student should be.”

Listen to StoryCorps conversation between Erik Galvan and Daniel Wheeler.

About the Veterans Center at CSUSM