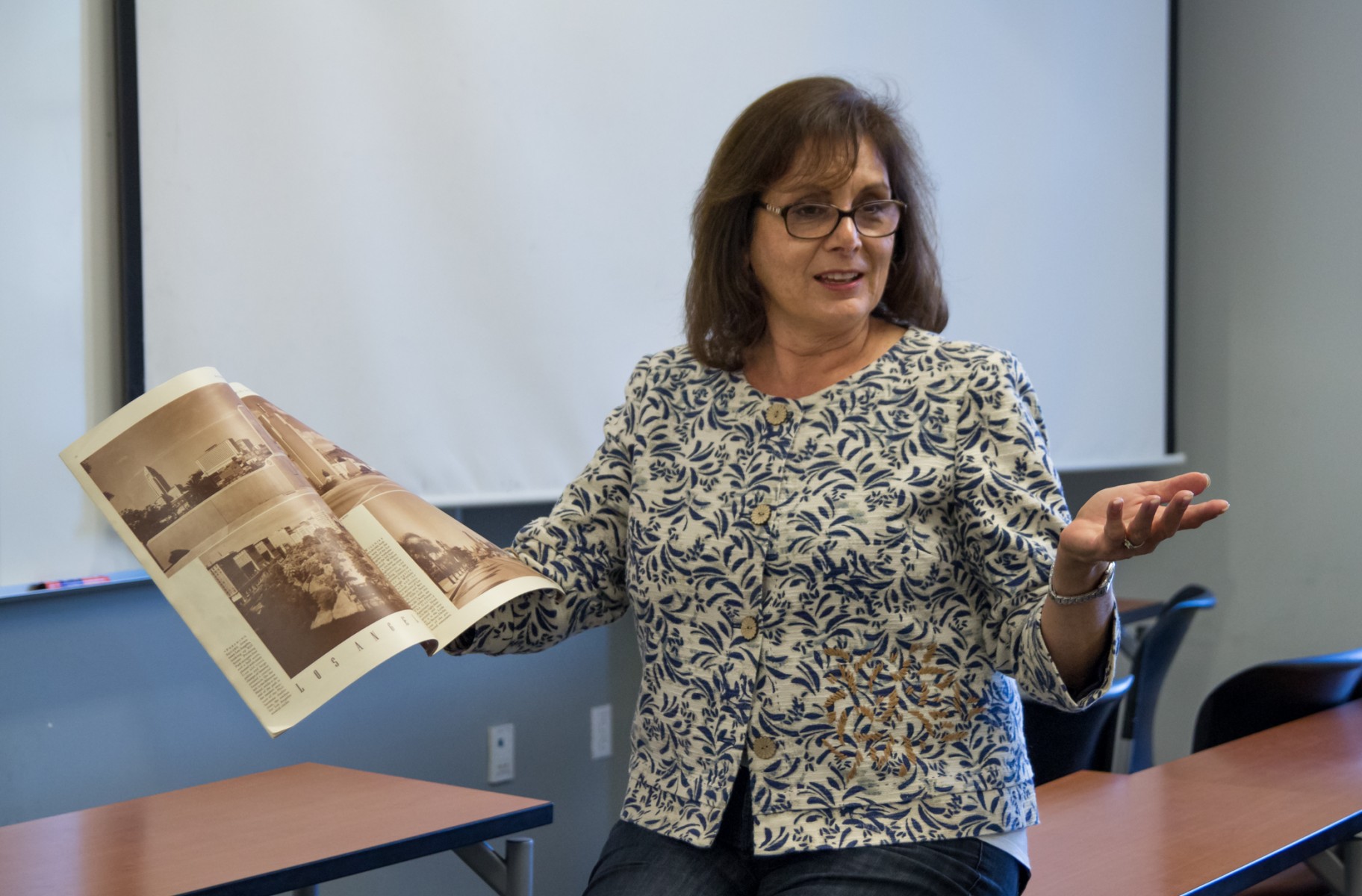 Dr. Carmen Nava has lived history, which makes her a perfect fit as the chair of the history department at Cal State San Marcos.

Nava grew up in Los Angeles, part of a large Mexican American family that valued public service and public education. Her father, Dr. Julian Nava, was the first Mexican-American elected to the Los Angeles Unified School District’s Board of Education, and he later served as U.S. Ambassador to Mexico.

“I saw my dad break a lot of barriers,” said Nava. “And today, more than ever, we need to encourage young people to become leaders in their communities.”

Nava said she is especially proud to be teaching at CSUSM.

“Cal State San Marcos was my first choice for a job after completing my Ph.D.,” she said. “I wanted to be a part of building a new CSU campus. I am deeply committed to the mission of the CSU, having had an excellent educational experience at Cal State Northridge.”

She added: “We are providing a high-caliber higher education to the larger community, and Cal State San Marcos is serving a fundamental need in the North County region.”