Dr. Gerardo Dominguez: CSUSM Professor is Reaching for the Stars 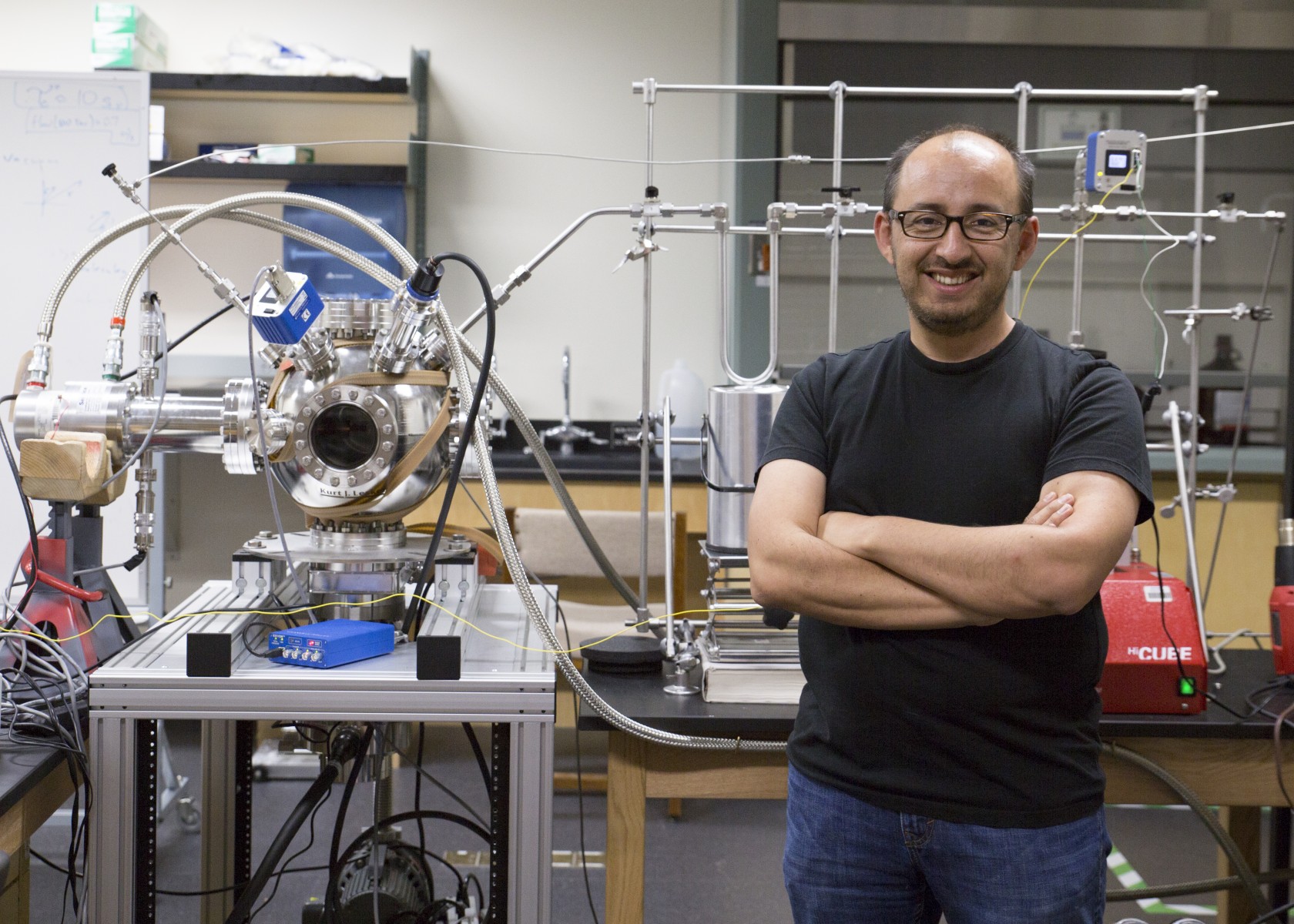 Dr. Gerardo Dominguez is trying to unlock the secrets of the universe.

An associate professor of physics at Cal State San Marcos, Dominguez has been recognized by the National Academy of Sciences, NASA, and Diverse: Issues in Higher Education as a top researcher in planetary astrophysics and atmospheric chemistry.

“I’ve always enjoyed figuring out the ‘why’ of the world,” said Dominguez. “It brings me peace and satisfaction, and it drives me to stay up at night thinking about the mysteries of our age, including the origins of life, water and the terrestrial planets. Who else is going to answer these questions?!”

Dominguez grew up in the San Pedro community of Los Angeles and earned his bachelor’s, master’s and Ph.D. in physics from UC Berkeley. His awards and recognition include earning a NASA Graduate Student Research Fellowship, a NASA Group Achievement Award and the Cozarelli Prize from the National Academy of Sciences. He also was named an Emerging Scholar by Diverse: Issues in Higher Education.

He currently is conducting research on the isotopic composition of molecular clouds to understand how the Sun and the planets of our solar system were formed. He is also conducting research in the application of nano-optical techniques for mapping the chemical composition of primitive planetary materials such as meteorites and cometary dust grains.

Dominguez couldn’t be happier with what’s in store at CSUSM.

“Our department is young and the opportunity to make an impact here is therefore greater than at more established places,” he said. “It is very exciting to be part of an organization that is in the process of growing and evolving and having the opportunity to shape the culture here.”

Dr. Gerardo Dominguez: CSUSM Professor is Reaching for the Stars