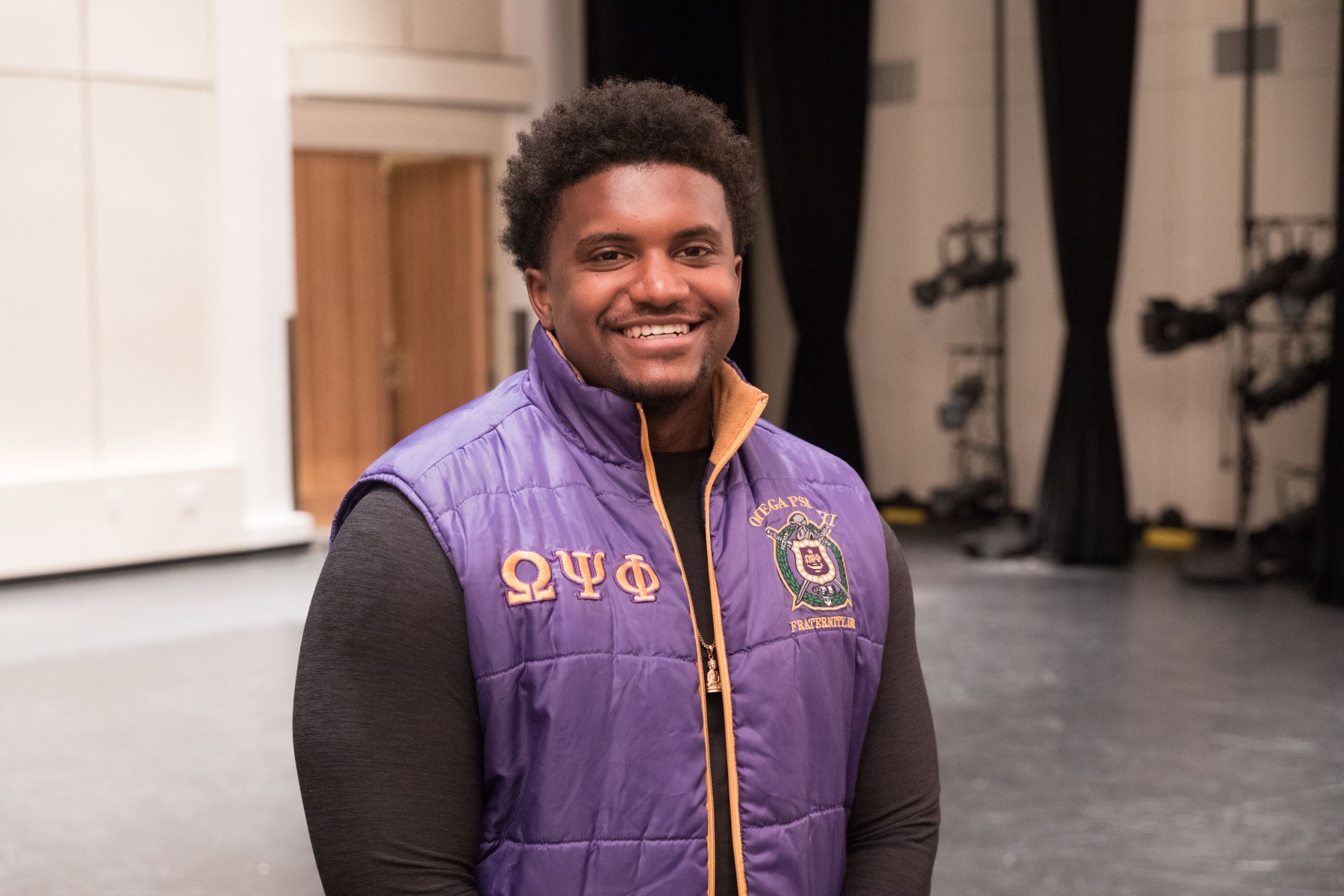 Dwaine Collier wasn’t supposed to be at Cal State San Marcos' commencement ceremony on May 18. Not after being born to a mother addicted to drugs. Not after bouncing between family members and foster families for most of his childhood. Not after attending 17 different schools before he reached high school.

He was supposed to fall through the cracks. College, and the opportunities it provides, seemed like an impossible goal.

But Dwaine will be at graduation on May 18, the proud holder of a degree in visual performing arts and armed with a plan to go to graduate school for fine arts on the road to becoming an actor.

Dwaine is one of the success stories of this graduating class, but he’s far from the only one. CSUSM creates them every year through ACE Scholars Services, a program that’s designed to open doors to higher education for former foster youth.

“When I applied for colleges my junior year, I applied to four schools and was denied by all of them except for Cal State San Marcos,” Dwaine said. “That was because of ACE Scholars Services. That’s really the only reason I was able to get into college. I was never thinking of college until then. But once I was here, I definitely seized the opportunity I was given.”

Studying in ACE
Dwaine Collier studying at the home for ACE.
Dwaine Collier in Seussical, The Musical as "Cat in the Hat."
Photo by Jessamyn Trout
Building a network at CSUSM
Louis Adamsel and Dwaine Collier practice dance routine.

That he did. Dwaine had started performing on stage as a senior at Olympian High School in Chula Vista, after he was forced to give up football because of torn labrum in his shoulder suffered during the final practice before the first game of the season.

He took it to another level at Cal State San Marcos, though. As a freshman, he earned the role of the Cat in the Hat in “Seussical” (he originally was disappointed that he couldn’t play Horton the elephant), and he went on to star in six other shows, including “A Midsummer Night’s Dream.” Last summer, his first professional theater production was in “The Ballad of Emmett Till” at Ion Theatre in San Diego.

“I’m a Leo, and Leos love to be the center of attention,” said Dwaine, who also competed in the shot put and discus on the track team for two years and was part of the CSUSM student improv team. “Being on stage, there’s an energy I get, a goose-bumps feeling. The stage is one of the realest places you can ever be because you have one shot at everything. There’s a certain level of risk and adrenaline involved.”

Dwaine was so moved by what ACE Scholars did for him that, in the summer after his freshman year, he participated in a program in which current ACE Scholars on campus would mentor the next class of former foster youth.

“I have known Dwaine since the first day he stepped on campus,” said Jim Mickelson, the founder and director of ACE Scholars Services. “It was exciting to see him find his passion. The first time I saw him perform, I knew that was the career for him."

Dwaine was born in San Diego to a father who was a Crip and a mother who was a Blood, who somehow got together. He was removed from his parents at birth because of their drug addiction. After he had an unpleasant experience with two foster families, his life began to turn for the better when an aunt, Kim Collier, adopted him and his two younger siblings when he was in sixth grade. She emphasized the importance of education and put Dwaine on the straight and narrow.

Now he’s not only a first-generation college graduate, but he has a master’s degree in his sights.

“It’s been a long, five-year journey,” Dwaine said. “I pretty much had all the odds stacked against me when it comes to getting into college and actually completing it.”

More than 3,000 graduates and about 30,000 people are expected to be in attendance as Cal State San Marcos holds its first full-capacity commencement in three years.  A total of 4,406 students will …
Read more

It was an action-packed weekend of celebration at Cal State San Marcos.More than 3,000 graduates were in attendance last Saturday and Sunday as CSUSM welcomed back in-person commencement for the …
Read more

In the first commencement ceremony for Cal State San Marcos’ College of Humanities, Arts, Behavioral and Social Sciences on Friday morning, there will be 212 graduates receiving a bachelor’s degree …
Read more
NewsCenter