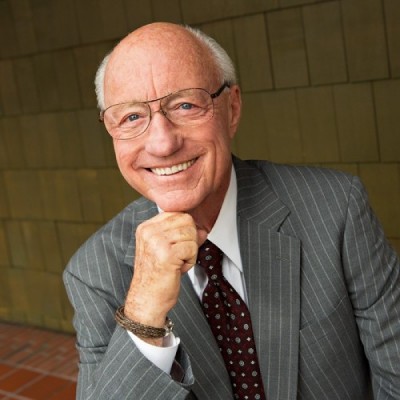 Edgar M. Gillenwaters has been retained as the new senior director of principal gifts in the Division of University Advancement at California State University San Marcos (CSUSM). Gillenwaters, who joined the campus on July 1, has enjoyed a notable leadership career that has spanned many sectors including government, finance, defense, higher education, life science innovation and research.

“Ed has enjoyed a distinguished and visionary career as a catalytic leader and public servant,” said CSUSM Vice President of University Advancement Neal Hoss. “We are thrilled and honored to have him on our team and look forward to working with him as a first-class fundraiser and strategist.”

Since 2005 Gillenwaters served as vice president/consultant of philanthropy at Sanford-Burnham Medical Research Institute where he developed donor relationships and strategies that yielded major and principal gifts, including the largest-ever donation to a San Diego organization.

Since 2012 he has also served as the founding Chairman and Treasurer of the Board of Directors for Integra Center, a first-of-its-kind facility that strives to provide the U.S. military’s wounded warriors and their family members with care and support vital to rebuilding their lives and reintegrating into society.

Earlier on Gillenwaters was administrative assistant for San Diego Congressman Bob Wilson and served as director of commerce for California Governor Ronald Reagan. Under Governor Reagan, he created California’s first Economic Development Commission. In the private sector, he held leadership roles at Bank of America, Coldwell Banker and other corporations. As a volunteer co-chairman, he helped Ernest W. Hahn lead the University of Southern California’s campaign to build a new Health Sciences Campus. Later, he became senior director of external relations at the University of California, San Diego, where he raised major and principal gifts to build The Preuss School, to establish The Rady School of Management, and to support other initiatives and goals.

At CSUSM Gillenwaters joins a diverse team of professional fundraisers who are passionate about the University and the impact that it has on the San Diego region and beyond. Private donations are critical for Cal State San Marcos to continue to provide a quality, affordable education, to develop and apply new research, and to serve the broad communities of Southern California.

“I am enthused about joining CSUSM in this new role,” said Gillenwaters. “The entrepreneurial spirit of this institution and its commitment to the success and growth of North San Diego and Riverside Counties are admirable. In addition, the vision President Karen Haynes has established for the University is exciting and transformative. I am happy to be a part of its forward momentum.”