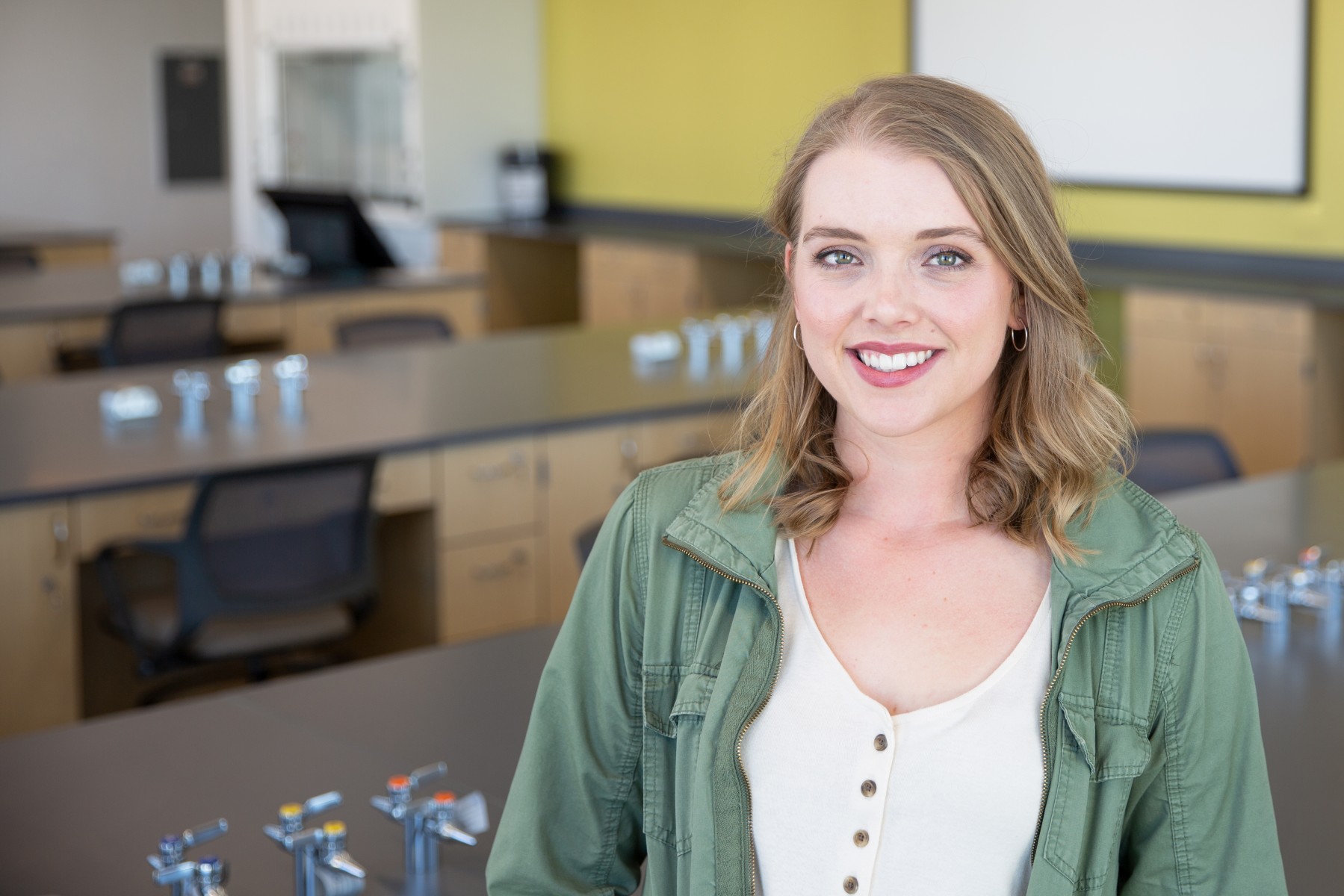 Many students who dream of medical school envision the white lab coat, sterile exam rooms and the latest high-tech medical equipment. As an undergraduate in Santa Barbara, Amanda McKenna instead rolled up her sleeves, set up a rope and some tables in the middle of a downtown Santa Barbara park, and helped the Doctor Without Walls (DWW) medical team provide much-needed health care onsite to people experiencing homelessness.

“I always had health coverage,” said McKenna, who began volunteering with DWW in 2015 as a scribe in the pop-up clinics. “I never had to worry about it. Living in Santa Barbara, I saw the large population of homeless people who don’t have the support they need.”

McKenna's introduction to street medicine – delivering health care to the homeless where they take shelter – confirmed her desire to work in medicine. But she had one hurdle.

“When I was about to graduate, my GPA wasn’t as good as I wanted to it be to apply to medical school,” she said.

In fact, she was encouraged to pick another path.

The intensive five-semester/two-year program comprises 13 biology, chemistry, math and physics courses, including eight labs. It serves two groups: those who have nonscience bachelor’s degrees and those who have science degrees but want to boost their skills.

“The average person thinks, ‘I have to have been a scientist and I have to have a perfect GPA,’ ” said Everforest, adding that successful medical school applicants have included students with degrees in music, journalism, philosophy and other diverse academic backgrounds.

Dean Bull was well into a career using his degree in television, film and new media when he reassessed his goals.

“I had the opportunity to travel broadly in my previous career in marketing and I found myself becoming more and more aware of how health issues faced by individuals in rural areas domestically and abroad could derail someone’s life. At a certain point, it became clear that I wanted to help people navigate those waters,” said Bull, now a medical student at Kansas City University of Medicine and Biosciences. “I have a romantic image of myself as a small-town doctor who splits his time between a clinic in remote America and a province in the Philippines.”

David Karjala, a first-year osteopathic medical student at the Western University of Health Sciences, had a similar awakening after earning a bachelor’s degree in the classics and a master’s degree in Semitic philology.

“I saw a gap between my potential and the overall good I could do during the rest of my working life,” he said. “I addressed that gap by asking myself what I find the most interesting, inspiring and ‘real,’ and medicine was the answer.”

A program of second chances, the Pre-Health Professions Certificate produces first-rate results. More than 90 percent of students who complete the program and apply to professional health schools are accepted, Everforest says. Students come from across the country to study at CSUSM and have in turn been accepted into medical programs at the University of California in San Diego, Los Angeles, Riverside and Davis as well as Baylor University, St. George’s University, Yale (Physician Assistant Program), Case Western Reserve University and more.

“It is all-consuming for two years,” Everforest said. “The program needs to be rigorous because the students need to show the admissions committee that they can handle the rigor of a medical school program. We have them practice being in an environment where they have to give it their all.

“Every successful applicant to medical school will tell you that it’s absolutely worth it. I’m proud of the fact that we have been so successful in helping these students reach their dreams.”

For Carina Bell – now a medical student at UC Riverside – the course load was a trial she sought.

“I was worried that it would be too hard for me,” said Bell, who has a bachelor’s degree in mathematics and a California single-subject teaching credential. “I worked really hard to learn the material and get good grades, to prove to myself that I could really do this. The challenge itself, and learning that I could meet that challenge, was critical to knowing and believing that I can do this.”

Lance Tippit was inspired to switch careers after seeing the care his dad received during a long month in the intensive care unit. His experience in CSUSM’s Pre-Health Professions program served as a model for his medical school search.

“My positive experience in the post-bacc program helped redefine my understanding of what success in pursuit of a medical degree looked like and landed me in an incredibly tight-knit, collaborative, team-centered institution,” said Tippit, a medical student at the Uniformed Services University of the Health Sciences.

Moving closer to the dream

After completing her BA in physical and biological anthropology at UC Santa Barbara, McKenna took a year off to work as the coordinator of the homeless women’s clinic for DWW in Santa Barbara. It was valuable time spent learning not only about the clinical care needed by the homeless population but also the social services they need and the difficulties they face in accessing both.

Now at CSUSM, Amanda is deep into the studies that are moving her closer to her dream of being a doctor. In addition, she works as the lead scribe/ophthalmic technician for a retina surgeon and she is a member of the student coalition leadership team for the Street Medicine Institute, a global organization based in Pennsylvania that supports the development of street medicine programs in 15 countries.

No matter which path she pursues, Amanda is elated to have so many options.