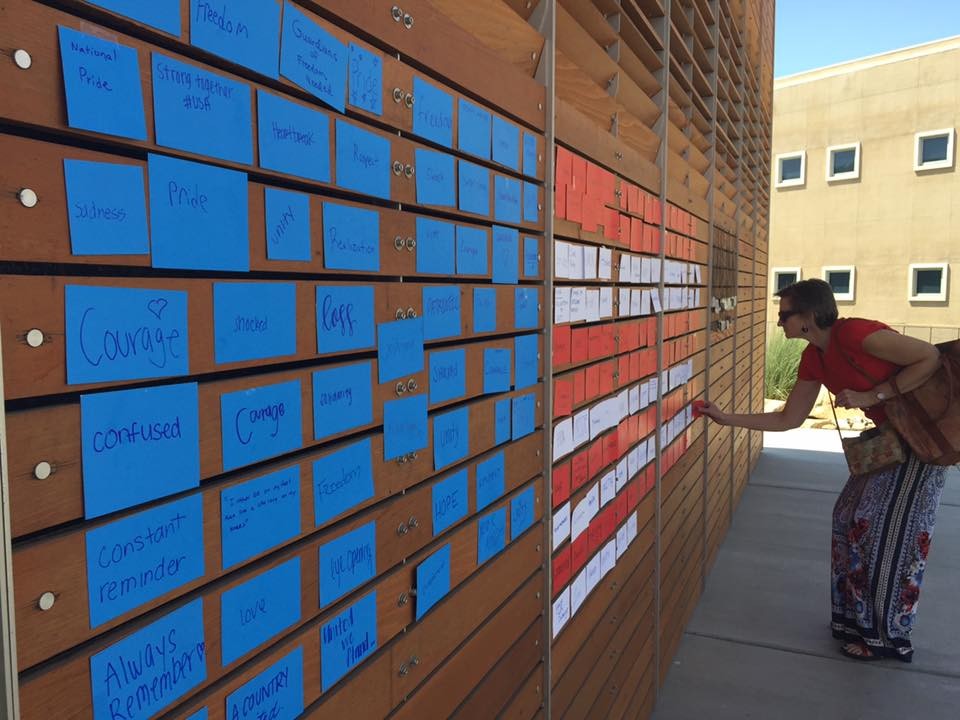 It was not an altogether negative or sobering event for me... I loved my country and I now felt more a part of it than ever before, and I think everyone else I knew did too. 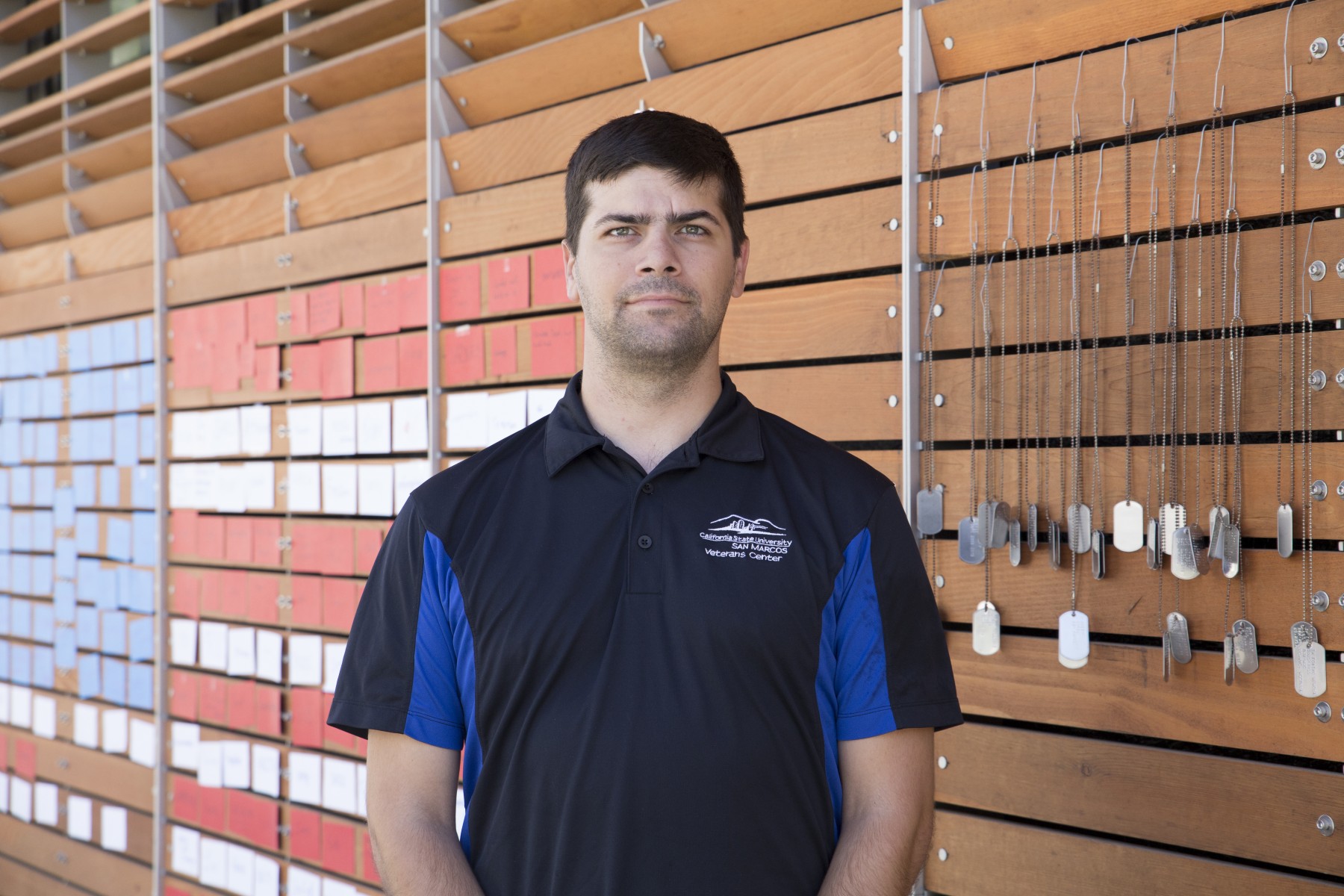 Sept. 11 is a pivotal moment in my life. I would describe it as a life-defining event. I was 15 years old at the time and had just started high school in Indianapolis. That day was like most other days. My first class was a shop class. I arrived on time and I began working on my project. Approximately 20 minutes in, my teacher called the class to the lecture area. It was strange because we already had our instruction for our project. When I walked in, the TV was on and the teacher had us watch the events as they unfolded.

The scene on the TV was the tower just after the first plane had collided with it. My first thoughts were similar to those of my peers - that this had to be some terrible accident. As I continued to watch the coverage and listen to the reporters, I thought about all the confusion. It was a very different time in America. We did not automatically assume every tragedy was terrorism until proven otherwise. It was sort of a gilded time for my generation. News was sort of bland at the time, covering mostly local stories about high school football games and occasionally an exciting car chase. The confusion and the speculation of the reporters seemed to align when we all, as class and as a nation, watched the second plane hit live on TV. At that moment, everything changed. It was clear this was no accident and we were obviously under attack.

Classes were frozen. I didn't go to another class when shop was supposed to be over. We all stayed stuck glued to what was happening. One by one students were being called to the office for pick up by their parents. I sat intently watching the scenes as they were being broadcasted. I saw intense fires, people running with fear in their faces and I can vividly remember the people jumping from the towers and it being shown live. I thought to myself, 'Why they would do such a thing? Surely the fire department was going to come and rescue them.' I was so young and idealistic. Later I would learn about the conditions in which these jumpers had been in. School ended up being canceled, and as soon as the school could recall the bus drivers we were all loaded up and sent home to be with our families.

I could not be pulled away from the coverage of 9/11. I remember watching all day. The tone of the news reports had changed, though it was clear that we were attacked. The news seemed intent on defining the event as a terrorist attack against civilians. The news would trickle down throughout the day of the number of dead and missing. The more I heard from the news, the more questions I had. I had never heard of al-Qaeda or why they would attack us. I had difficulties understanding why they would fly planes full of people into buildings full of people. My understanding of warfare up to this point has taught me that one state fights another through the strategic targeting of military and key infrastructure targets. That day changed my outlook on a lot of things.

It was not an altogether negative or sobering event for me, though. One of the best things I learned from 9/11 and the days and weeks that would follow is a whole new love for my country and the American people. I wasn't really fearful, after all the whole country was saying “Stand United.” As communities came together all across America to help I began to realize that I am a very small part in something a lot greater than myself. Up until this time I think I took the privileges of being born a free American in a safe country for granted. Weeks later, as I saw the Army Rangers and the U.S. Marines, my future became more clear to me. I loved my country and I now felt more a part of it than ever before. I think everyone I knew did, too. I understood for the first time that in order to maintain our freedoms here, the country needs brave men and women to go forward for the rest of us. My only concern at this time was how I could contribute - what could I do to help the country rebuild from this attack? These events changed my path greatly. Up until this point I sort of saw myself following the path of my parents. My family members were immigrants from Italy and worked blue collar manufacturing jobs. Many did not even graduate from high school. At 15 years old I began to see a future in military service. I left for Marine Corps recruit training in 2005 and achieved my goals of serving not just my country, but an idea greater than myself.

Fifteen years later I look back at that day and how far I have come from my gilded childhood. I served multiple tours in Iraq and abroad as an infantryman in the U.S. Marine Corps. I'm proud of my country and proud to be an American. The reaction of Americans after 9/11 made me see the promise of America and the value of our liberty like my great grandparents did when they left their lives in Italy for the “American Dream.” I think my life has had a great influence on the people around me. For example, my brother, who coincidentally who has a birthday of 9/11, also followed me into the Marines Corps five years later. It changed all of our lives. I tried to take something positive from the experience, but I cannot deny the negative effects that it has had on my way life. Today we live at heightened sense of alertness, and terrorism is covered almost daily on the news. It’s a hot topic in our political discourse. This causes me to pause and think introspectively about my fight for liberty and America.

I remember looking up and seeing the twin towers burning on the TV screen, and noticed that people were jumping out of the windows. 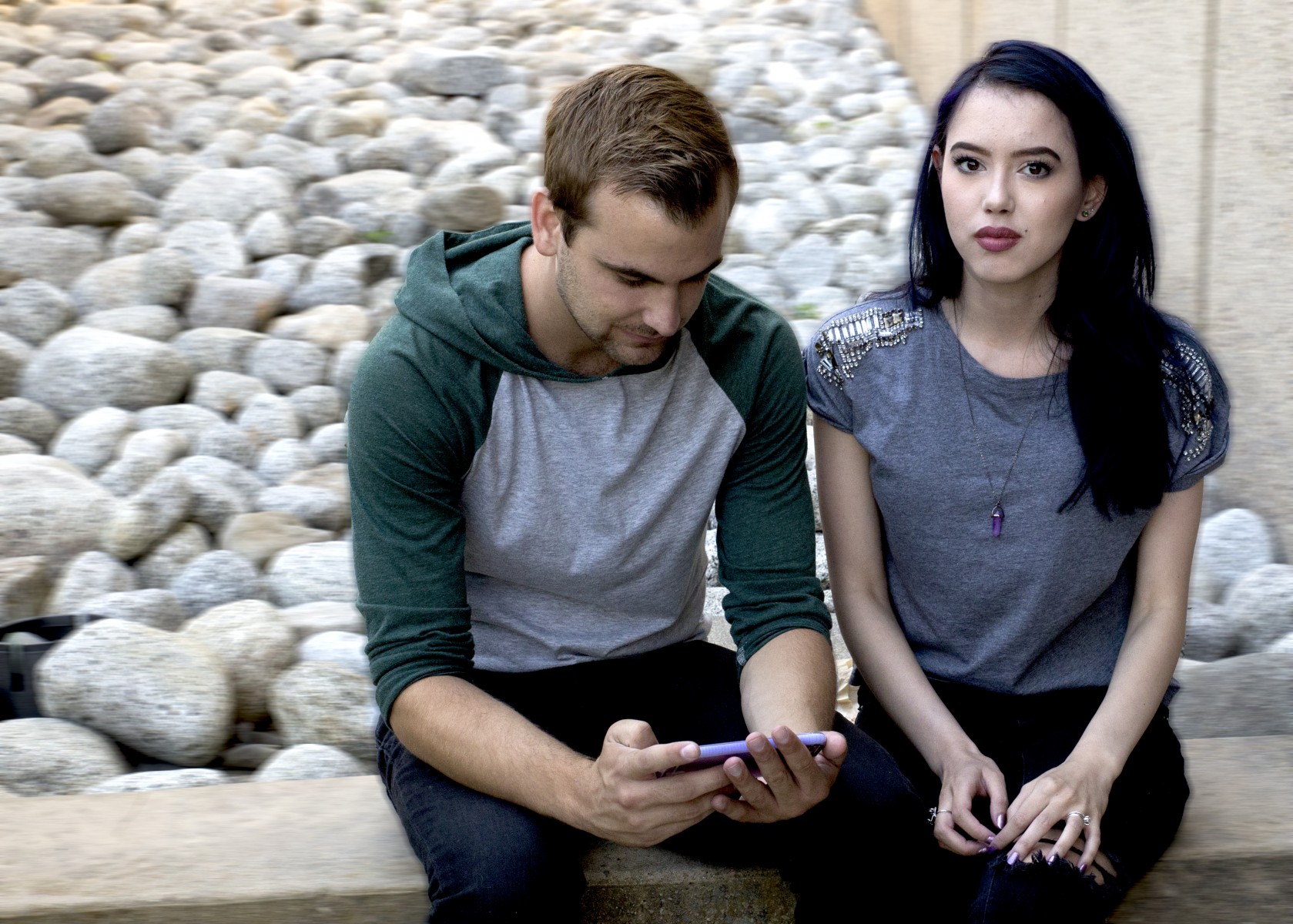 I was only 6 years old at the time of the event, and although I was aware that there was some sort of danger going on, my parents did not want to scare me so I was told to go read a book while they watched the news. At the time, I was not fearful, I was just confused as to what was going on. My parents never really explained it to me and I learned about the details through school when I was older.

I remember looking up and seeing the Twin Towers burning on the TV screen, and noticed that people were jumping out of the windows. It wasn’t until fifth grade when I learned about the actual events. It was strange to learn about this event from a textbook because even though I knew it happened during my lifetime, my age is almost at a cutoff of being desensitized to the event completely.

My family and I lived in Chicago at the time, but when 9/11 occurred we were visiting my aunt in San Francisco. I remember that we couldn't go back to the airport since flights were canceled, so we had to drive back to the Midwest. Hardly anyone was on the road and it was strange to me to be on the freeway only accompanied by one or two cars.

Since I was very young at the time, I didn't really have an opinion or reaction to the tragedy until later in life when I finally learned about the specifics of the event. It made me feel scared to know that there are people in the world who believe that in order to be "rewarded in the afterlife" they must hurt and kill others.

My parents were naturally worried, but at the time, we did not know anyone who lived in New York so they were not as emotionally affected as those who have friends or family in New York. They were concerned about our safety, since popular cities were being targeted. My dad was worried that an attack could occur in Chicago since many people visit during Thanksgiving vacation.

I never really had any concerns about reoccurring attacks until high school, when I had a complete grasp on the horror of this event. I was concerned about this event triggering school shootings or other attacks on highly populated areas. You never know when tragedy can strike and your life will change forever.

I thought it was a commercial for a movie, like something from Hollywood. Then I realized it was real and it was scary, even from Japan because we weren't sure who they would target next. 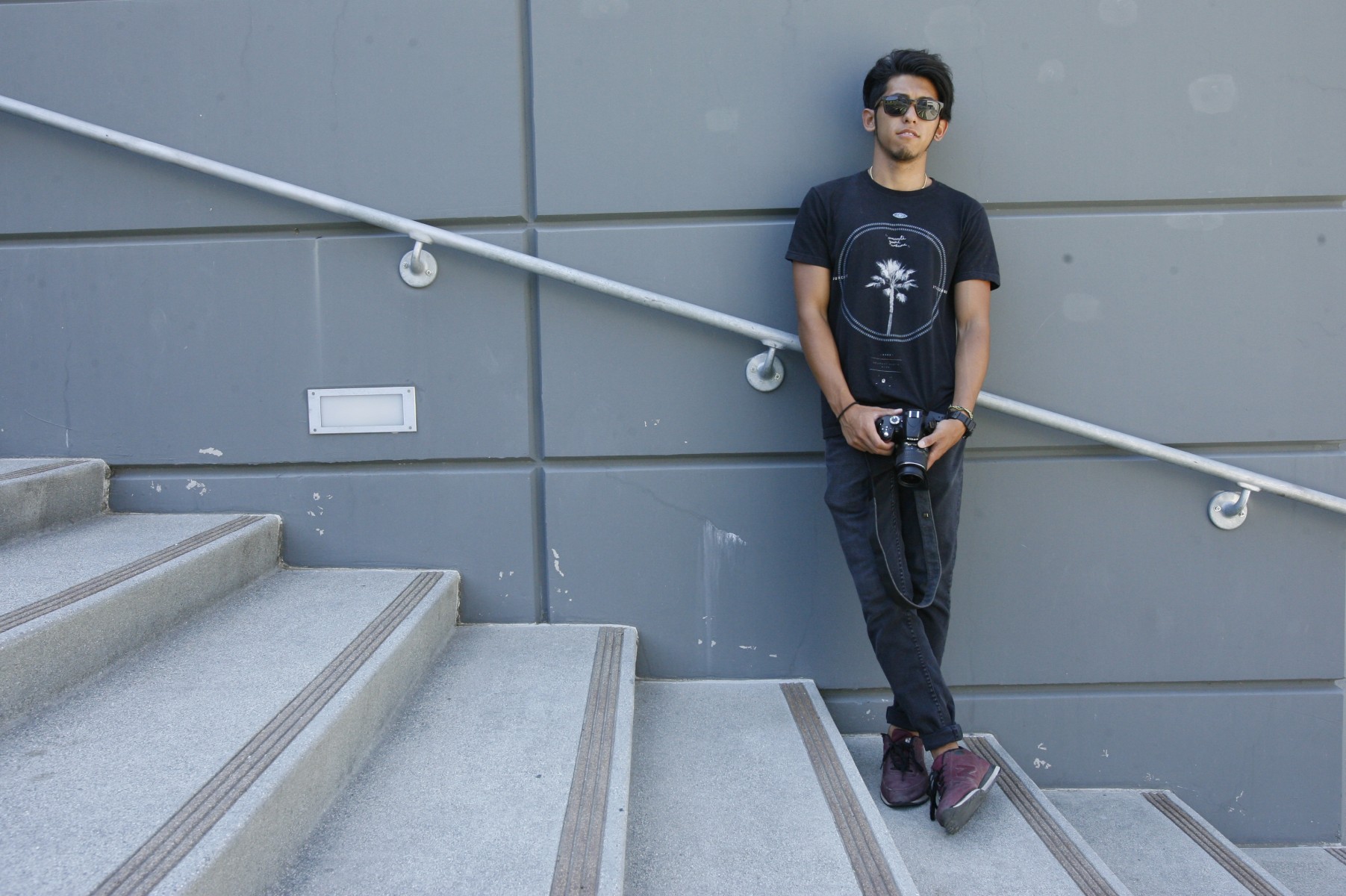 I was just 8 years old when Sept. 11 took place. I was still living in Japan with my parents. Honestly, when it took place I was really too young to understand what was going on, especially because it wasn’t even on Japanese soil, but that doesn’t mean I didn’t learn about it some years later.

There is a significant time difference between Japan and the United States, so when the attack actually occurred it was at night for us. The next morning I was watching the news and I thought it was a commercial for a movie, like something from Hollywood. Then I realized it was real and it was scary, even from Japan because we weren't sure who they would target next.

That incident was unbelievable – it still is – but I went to elementary school that day as normal. Everyone was talking about what happened. Then I realized that it wasn’t just an accident, it was an unprecedented attack.

I think I was in middle school before I actually started learning about what had happened. A memorial service happening in the U.S. was being televised. It wasn’t until then that I became really curious about what exactly happened that day.

The more information I found out, things were not only surprising, but also scary because I realized you never know when a terrorist group might make an attack on Japan.

In the moments of 9/11, my friends and I were young to realize how serious the situation was, but if I remember correctly, people were terrified about it and felt sorrow for Americans, as well as concern for their safety as well as our own.

I learned about 9/11 in my middle school history class. It was surreal knowing I was alive when such a tragic, historic day happened. 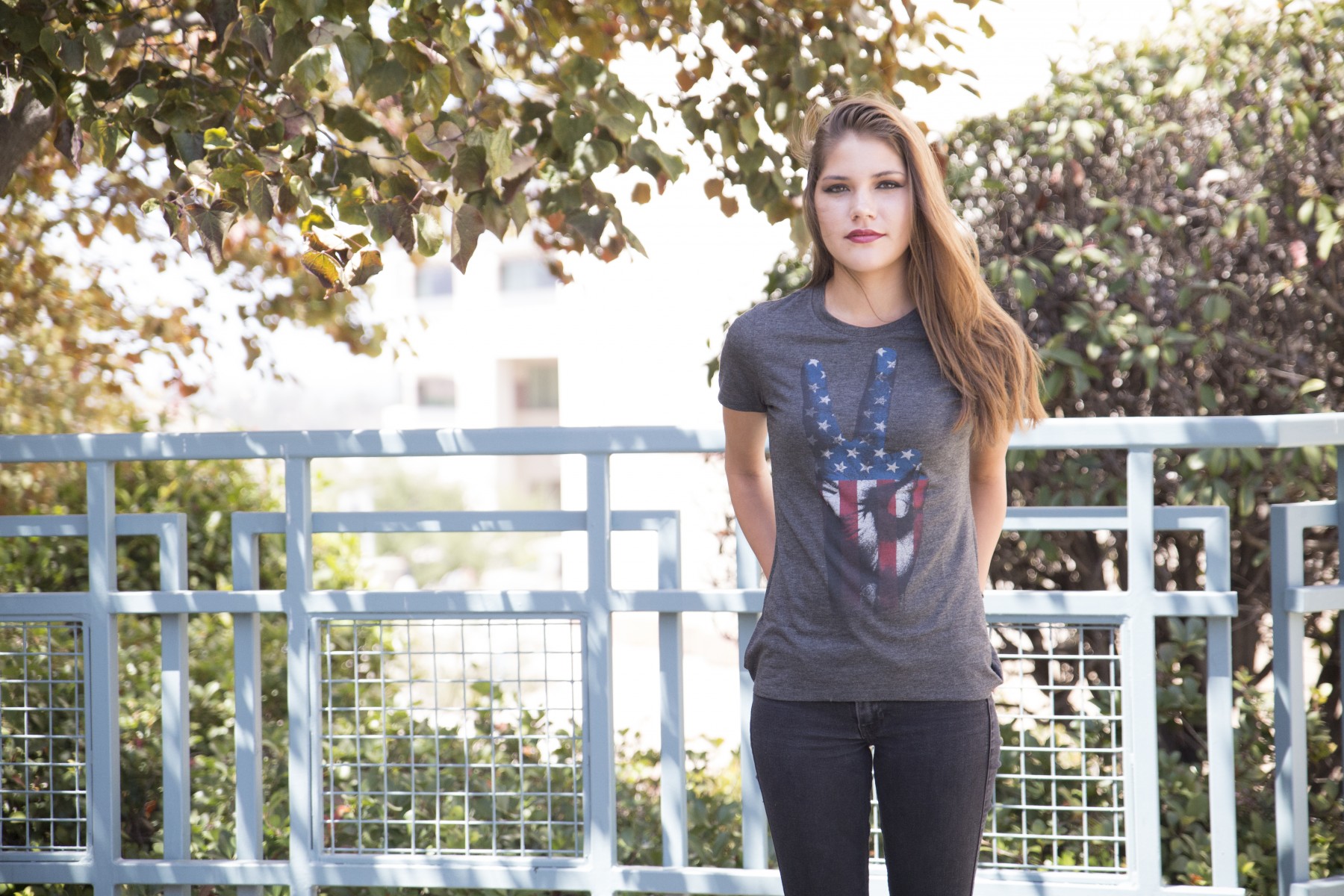 I remember a lot of people crying and the world around us just seemed to come to a halt.

I was 4 years old when 9/11 occurred. I have vague bits and pieces of that day. I remember getting ready to go to preschool just as any other day.

My teachers were watching the news and I remember watching the planes crash into the towers on the newscast. The school day came to a pause.

I remember my mom was supposed to be getting on a plane the very next day, but she never did given the events. She must have been too terrified with everything that was happening.

Middle school history class, that’s when I really learned about that day. Seeing the number of people that lost their lives was really eye-opening and shocking. It is surreal knowing I was alive when such a tragic, historic day happened.