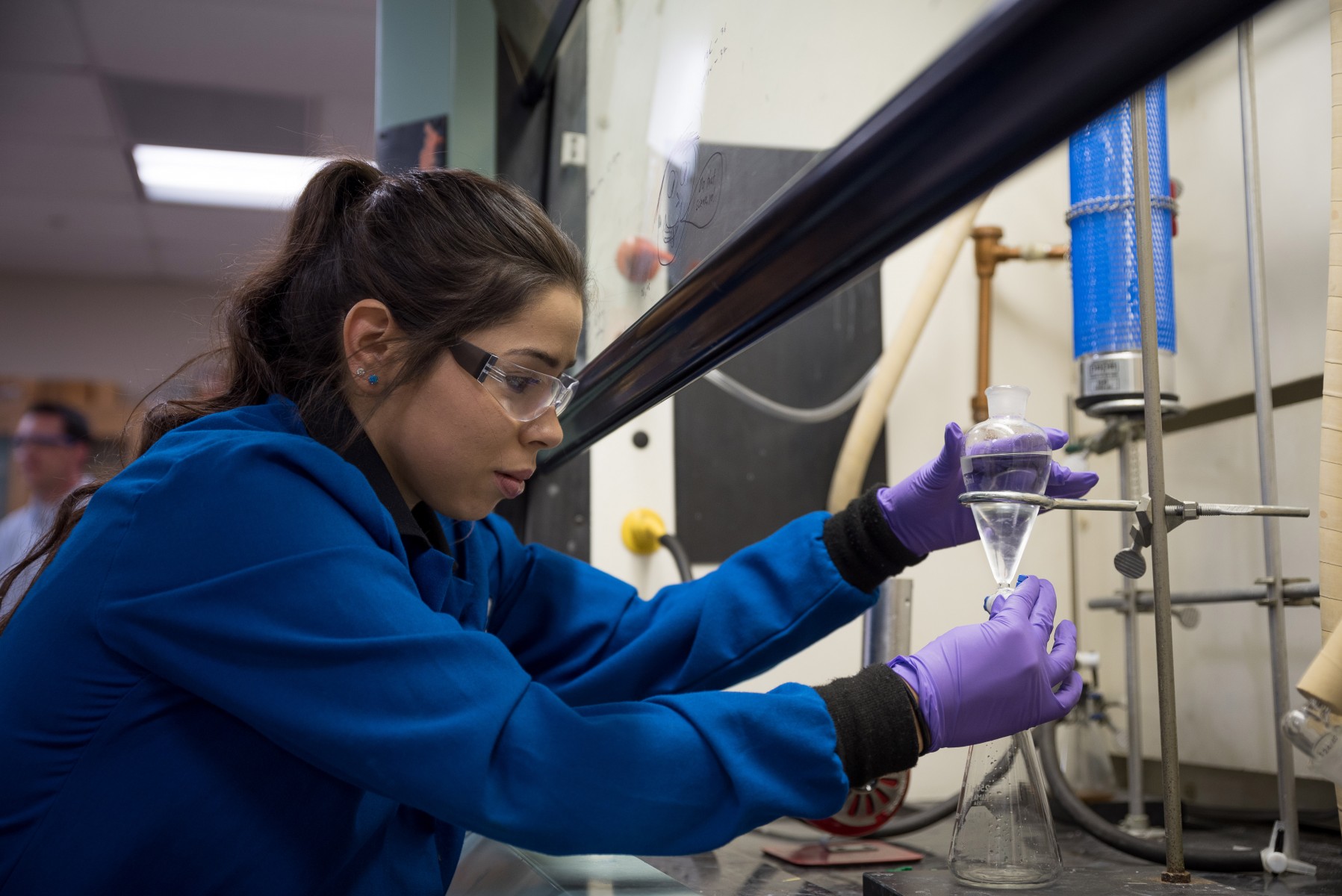 Jenny Veyna is justifiably proud of her many achievements at Cal State San Marcos. A senior biochemistry major, Veyna will become a first-generation college graduate later this month, and she even tried out to speak at commencement on May 18 (she was picked as a first alternate).

But when Jenny visits the families of her parents in their native Mexico, she doesn’t exactly shout out what she has done from the rooftops. She knows that an American university student who happens to know her way around a chemistry lab might be of keen interest to Mexican drug cartels.

“I’ve never heard of anyone being kidnapped for being a biochem major,” she said, “but I wouldn’t want to put myself in that position.”

Jenny grew up in Ventura, one of four daughters of Juan and Esperanza Veyna, who both immigrated to the United States and met while working for the same agricultural company in Ventura. Every summer, the girls would pile into their dad’s truck for a road trip to Mexico, where the family would spend several weeks each at a ranch in Jalisco owned by Esperanza’s father and with Juan’s relatives in the city of Zacatecas, more than 200 miles to the north.

“I loved it,” Jenny said. “On my mom’s ranch, we would milk cows in the morning, jump in the manmade lakes, help my grandpa farm. You felt liberated. And on my dad’s side, I had all my cousins there, so I enjoyed all of it. We would find our own fun.”

As Jenny got older, though, the cartel violence grew worse. When she was in high school, Jenny remembers, the family had to cancel a planned trip to Zacatecas because of a string of grisly murders in the city. And then the scourge of the cartels hit disturbingly close to home when two individuals she closely grew up with were kidnapped, both at least four years ago. Reasons for their kidnapping or why they were targeted still remain unknown. Neither has been heard from since, she says, adding, “We don’t know if they’re alive or not.” 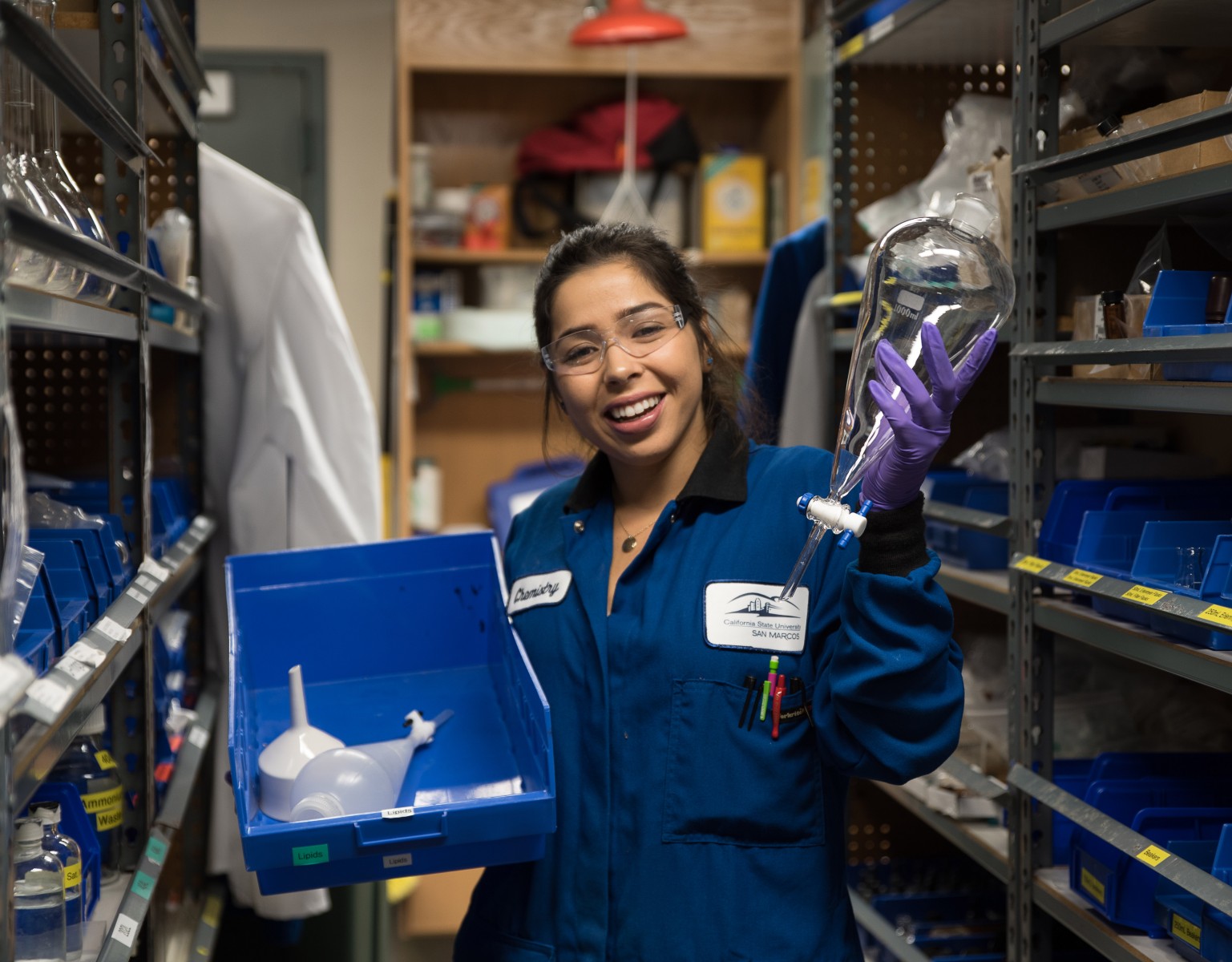 Jenny and her twin sister, Jocelyn, both ran cross country and track at Foothill Technology High in Ventura, and their high school coach’s connection to Cougars coach Steve Scott led to them being recruited by Cal State San Marcos. Jenny competed for two years before deciding to concentrate on academics, and during her sophomore year she switched her major from biology to biochemistry because she enjoyed the challenge.

This year, as a senior, she worked in the research laboratory of chemistry professor Robert Iafe on two projects, including a chemical education project in which her goal was to develop an alkene reduction procedure that could be accomplished in a second-semester undergrad organic chemistry lab. The challenge was that the procedure had to be safe, reproducible and limited to only five hours.

“Jenny has really impressed me as a research student,” Iafe said. “Through her experience in reaction planning and troubleshooting, she is learning to become an independent researcher. It is also great to watch her confidence grow in the research setting.”

Jenny liked her time in the lab, but she discovered that the work is too solitary in nature. A people person, she plans to go to physician’s assistant school after graduation.

And at the commencement ceremony, far removed from her parents’ native land, she will feel no compulsion to conceal her area of study.

As she wrote in her speech, “Here at CSUSM, I don’t need to hide from anyone or anything, and I can proudly say: Mom and Dad, I am almost officially a biochemistry graduate, and I hope you are as proud of me as I am of myself.” 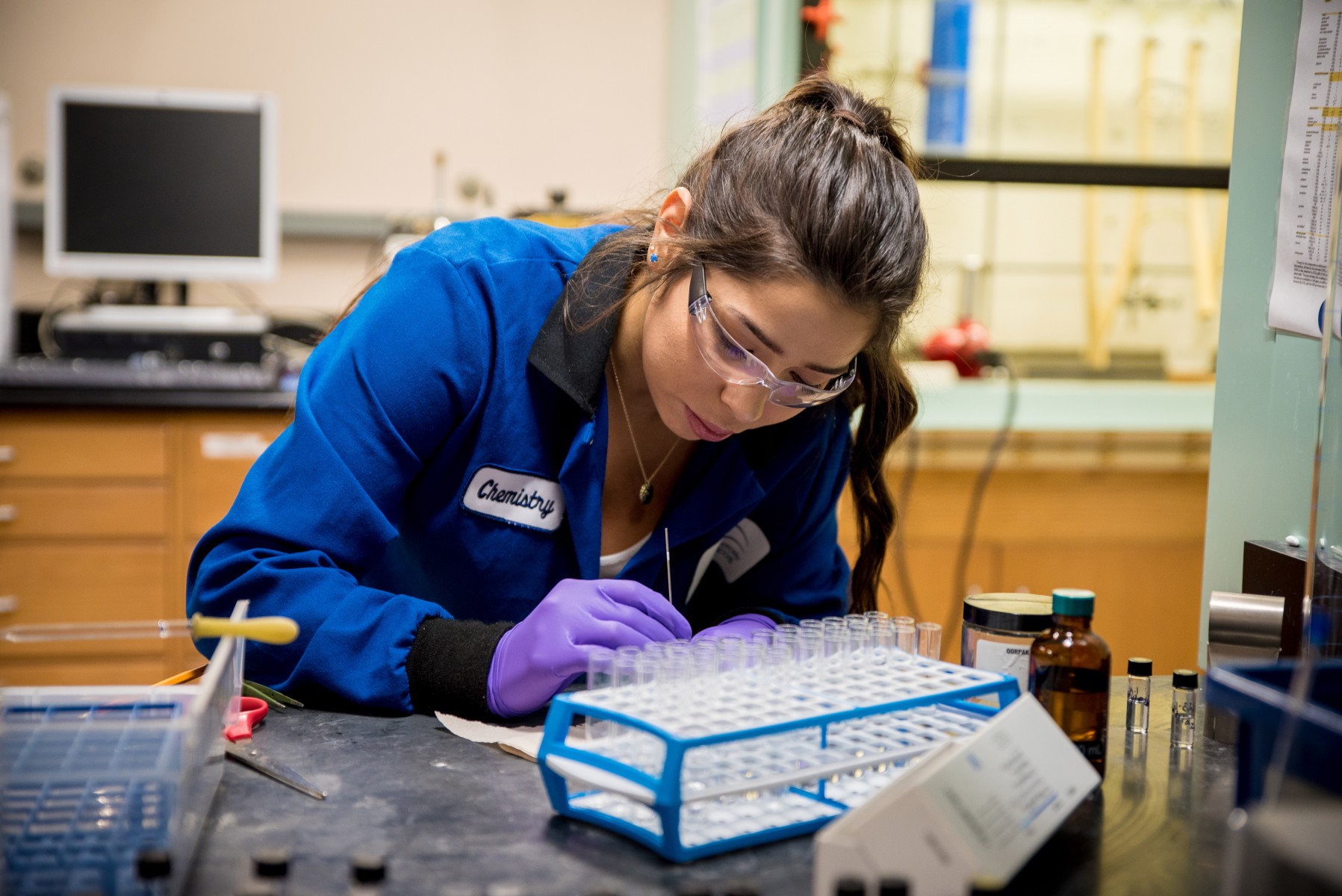