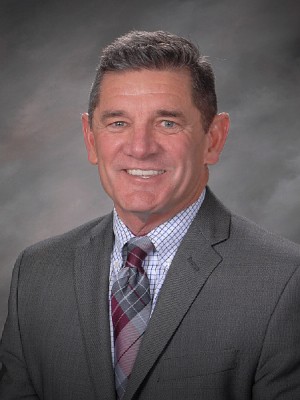 Holt is a 2011 graduate of Leadership North County, a program of California State University San Marcos (CSUSM) that seeks to cultivate leaders who will address issues unique to the North County region, while also developing harmonious relationships within the cities. In its nearly two decade history, Leadership North County has graduated approximately 400 individuals. Once a month session topics cover a wide variety of topics related to the region including government, business, healthcare and education.

Each year the Leadership North County Alumni Network presents the Fran Aleshire Award to a graduate of the program who, in the spirit of community leader Fran Aleshire, exhibits the characteristics of great leadership. Individuals are nominated by their peers.

During the award presentation, Holt was recognized for leading positive change throughout the region with a distinct commitment to student welfare. His program Just Pick One was created to encourage every educator and staff in his district and region to support and mentor a student. While leading by example, Holt continues to mentor students and has made substantial progress toward closing the achievement gap in San Diego County.

“As proud as I was to receive the 2015 Fran Aleshire Award, I am the one who has been honored to be a part of Leadership North County, an organization whose diverse and talented members have helped me to understand the nuances of our region and how we benefit from each other’s knowledge,” said Holt. “To be recognized by my peers as someone who exhibits the spirit of Fran Aleshire is beyond rewarding, and I am humbled to be part of this outstanding community – a community that has strengthened my belief that, collaboratively, we can ensure equal opportunity for our students to graduate having the greatest number of postsecondary choices from the widest array of options.”

Past recipients of the Fran Aleshire Award include:

For more information about Leadership North County, contact 760-750-4003 or www.csusm.edu/LNC.