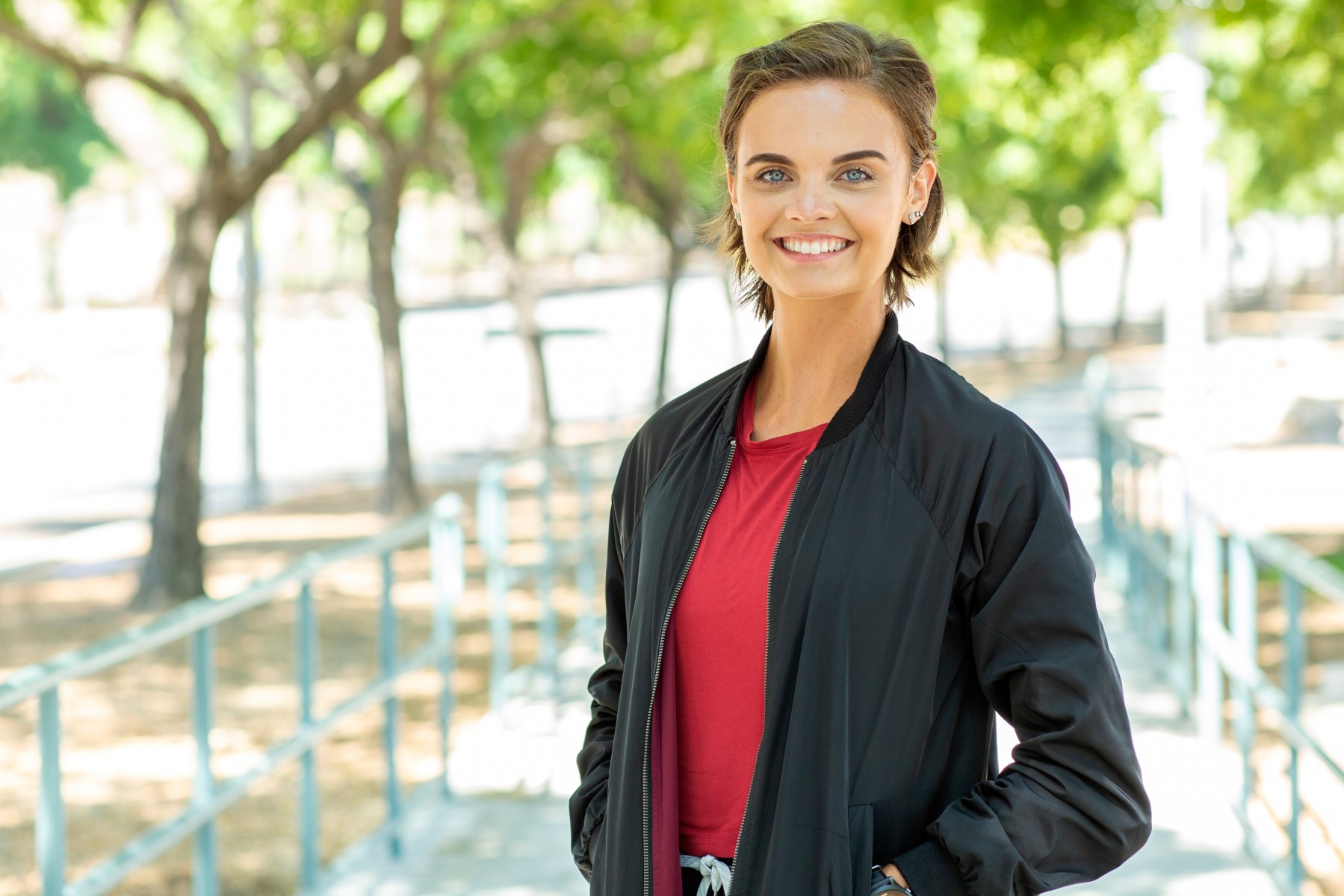 Megan Hansen is less than a year away from earning her bachelor's degree in kinesiology from CSUSM Temecula.

Megan Hansen began envisioning life as a physical therapist very early. At a martial arts class one morning a dozen years ago, she watched her mom spar with the instructor and, in throwing a roundhouse kick, her mom tore her ACL, a major ligament in the knee.

“It was really bad,” said Hansen, who adds that the injury required three surgeries. “She also messed up her meniscus (cartilage between the shinbone and the thighbone). We’ve been in and out of physical therapy clinics for years. It’s something that bothers her every day.”

Hansen’s family does not simply aspire to an active life. Rather, it is their way of life. The family lives and homeschools in Menifee, where Megan, her two sisters, Natalie and Tara, and parents, Celoa and Kevin, have all trained and competed for years in martial arts, tennis and running. Kevin — a tennis and cross country/track athlete in high school and college — is their tennis and running coach.

Without an organized team, the sisters started competing in community races like the Mission Inn Run in downtown Riverside. Megan has taken first place for females overall in the half marathon for each of the three years she has run that distance.

As a third-degree black belt in taekwondo and a second-degree black belt in both karate and kobudo, Hansen not only competed in tournaments but also taught classes, which she loved. Ultimately, though, she realized that her passion is in working with athletes as a physical therapist. That made undergraduate studies in kinesiology at CSUSM Temecula Campus a natural fit for her.

“I wanted to study kinesiology to help athletes like myself,” she said. “One of the worst things to deal with is an injury and then to have something you’re passionate about taken away from you.”

Hansen and her sister, Natalie, have had some short-term experience with recuperation from stress fractures, but have healed and continued competing. Turns out, the kinesiology coursework is benefiting the entire family.

“It’s a universal thing we can all talk about,” Hansen said, explaining that her nutrition, anatomy and physiology lessons have informed the family’s prevention, training and recovery routines. “I love learning the mechanics behind everything in the body. Movement anatomy was one of my favorite classes ever. It was amazing.”

With the Temecula campus less than 30 minutes from home, it’s an easy commute, and Hansen is able to save on rent while she continues to train with her family. The guaranteed classes and time to graduation are the perfect complement for this natural planner, who also trains an average of two hours a day and was working most nights as a restaurant hostess until COVID-19 affected operations.

Less than a year to earning her bachelor’s degree, Hansen is considering a master’s degree or a Ph.D. program as her next step, still with the ultimate goal of becoming a physical therapist.

“It’s something I’ve wanted to do since I was 10,” she says. “This degree is a huge steppingstone to be able to get into the field I’ve aspired to my entire life. It will be such a reward. All of that hard work truly pays off.”