Kiya Pasley is grateful for the support she has received during the COVID-19 pandemic – both financial and from her professors at Cal State San Marcos.

In fact, Pasley may not have learned about some of the financial assistance available were it not for her women’s, gender and sexuality studies professor, Kit-Bacon Gressitt.

“She has been amazing,” Pasley said. “She kept us updated the entire time. In class, she said, ‘I'll send you emails, and I'll just keep you updated on what I know.’ She's the one who sent most of the resources, just different links you could check out for things like mental health resources, all kinds of stuff. And it really helped.” 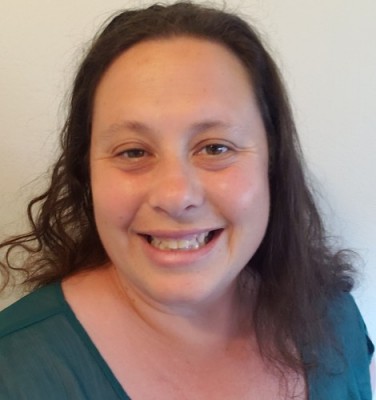 The money provided some much-needed financial relief for Pasley, who lost her job working at the child development center at MiraCosta, which temporarily had to close because of the pandemic. Although the center is reopening, regulations from the state and the Centers for Disease Control and Prevention mean fewer children allowed in classes, eliminating the need for Pasley’s position at this time.

Though Pasley’s husband has been able to continue his job as a security guard, it has been difficult relying on one income. The extra money Pasley received through the CARES Act and Student Emergency Fund has been used to pay bills, but she said it remains a challenge to buy groceries and keep up with new incoming bills.

“I am hoping when my financial aid kicks in in August that we can make it stretch until January of next year,” she said.

Pasley has been searching for a new job using Handshake, which is available through CSUSM’s Career Center to assist students, in addition to checking other job websites.

“I like Handshake because it doesn't just tell you a grocery story is hiring a cashier,” she said. “It’s jobs that are more in your field of study.”

For Pasley, that means something related to her child and adolescent development major. After earning her bachelor’s, she plans to pursue a master’s in social work with a goal of becoming an art therapist for middle school children.

As she continues her job search, Pasley is keeping busy by starting a podcast with two close friends. Called “Mmk,” the podcast will soon be available on PodBean (they’re in the process of editing episodes) and features the trio discussing topics related to being a millennial in your early 30s.

Pasley is also gearing up for her second year at CSUSM this fall. She said her professors made the transition to virtual learning as smooth as possible during the spring. After becoming accustomed to studying in the library, the biggest adjustment was finding a quiet place at home to study because she and her husband live with his 92-year-old grandmother, who is battling dementia.

But Pasley remains upbeat despite the challenges.

“I'm sure other people have way more hardships than that,” she said. “So I can deal.”