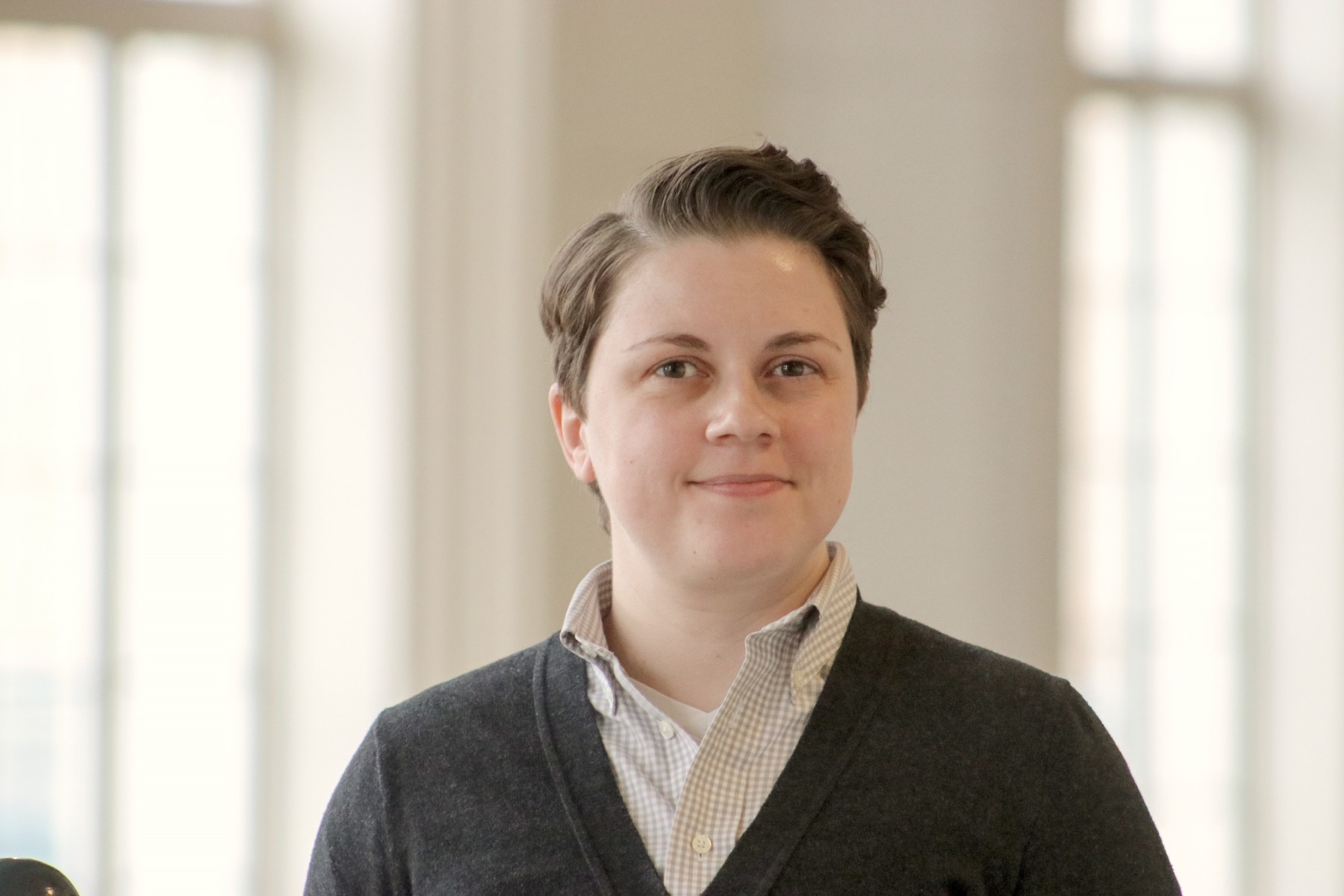 In only her first year at CSUSM, history professor Suzanna Krivulskaya has won the LGBTQ Religious History Award.

Cal State San Marcos history professor Suzanna Krivulskaya has received the 2019-20 LGBTQ Religious History Award, the only honor given for outstanding scholarship in this field of study.

Krivulskaya received the award on Feb. 5 from the LGBTQ Religious Archives Network, a project of the Center for LGBTQ & Gender Studies in Religion at Pacific School of Religion in Berkeley. The network is a groundbreaking venture to preserve the history of LGBTQ religious movements around the world.

Krivulskaya is the 11th recipient of the award, which was initiated in 2005. Her paper, “ ‘Queer’ Rumors: Protestant Pastors, Unnatural Deeds, and Church Censure in the Twentieth-Century United States,” was selected from among eight entries submitted for the award this year.

“The LGBTQ Religious Achives Network is a great organization. They catalog, collect, preserve and disseminate information about archival materials related to the history of sexuality and religion,” Krivulskaya said. “Over the past 15 years, the LGBTQ Religious History Award has recognized the work of some outstanding historians working in this field, and I am truly honored to be counted among them.”

Krivulskaya’s award-winning paper is the product of an ongoing investigation into the complex and uneven histories of queerness among conservative Protestant ministers. She is preparing the paper for publication in a major U.S. history journal.

The award for Krivulskaya is particularly noteworthy in that she is in her first academic year as a history professor at CSUSM. She earned a Ph.D. from the University of Notre Dame just last year after previously receiving a master’s degree from Yale Divinity School. Before that, she studied theology at a small liberal arts college in Klaipeda, Lithuania.