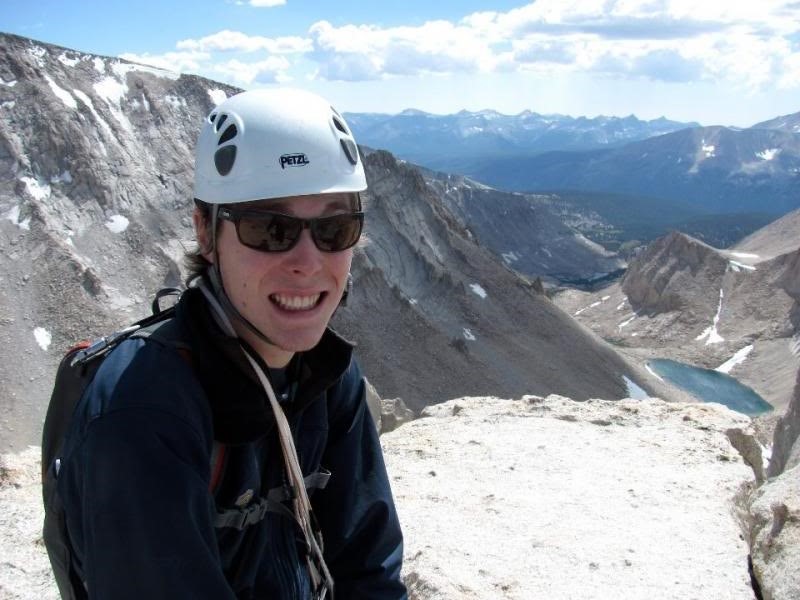 A rock-climbing trip that turned tragic for Cal State San Marcos student Lucas Dunn led Veronica Anover, CSUSM professor of French and Spanish, on a three-year long journey to keep his memory alive while supporting other students at the same time.

In May 2013 while rappelling on the west face of Taquitz Rock in Idylwild, Calif., Lucas fell 150 feet to the ground. The fatal accident was likely caused by loose rock and he died almost instantly.

"I was so perplexed and so devastated by Lucas’ death that I had to make sense of that loss—somehow I had to," said Anover. "I also had to make sense of Lucas not getting to go to France after all his hard work and his excitement. The only way I could make a little sense of his loss was to honor his memory with a scholarship."

To Anover, endowing the Lucas Dunn Memorial Scholarship gave her the ability to ensure that his memory would be permanently honored and remembered, allowing his peers to accomplish the dream of travelling abroad that Lucas could not.

"I decided with this scholarship that Lucas was going to help his peers go to Aix-en-Provence," said Anover, referring to the city-commune in the south of France. "He could not go to Aix, but he was going to help others go and live out his dream." 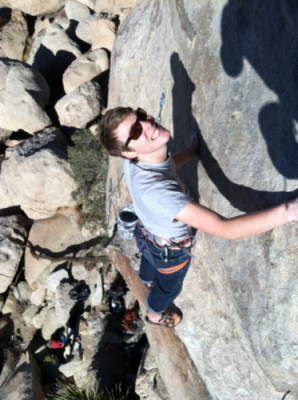 Anover worked endlessly to find donors in order to reach the $25,000 needed to endow the scholarship. She met that goal last May, describing it as being one of the best days of her life.

"I was so determined and focused that I did not encounter any struggles to start the scholarship," said Anover. "I wrote massive amounts of emails and sent numerous letters soliciting donations. I told Lucas’ story and what he would accomplish with his scholarship, that I received many gifts right away."

She raised money from friends, family and companies, such as Hewlett-Packard, which matched her donations.

"It gives me some solace to know that Lucas’ energy is still with us through his scholarship," Said Anover.

The scholarship, which will be awarded as early as next year, will offer financial aid to one CSUSM French student per year who wishes to study abroad in Aix-en-Provence. All French students are eligible if minimum academic standards are met.

"I hope that students that study abroad thanks to this scholarship will embrace the French culture and language as much as Lucas did in his ‘virtual French life’ while he was in my class," said Anover. "I hope that they will be thankful to Lucas for giving them the opportunity to open up their horizons, to live the present fully, and to come back fluent in French and wanting to go back."

Lucas is described as a kind and warm person with a 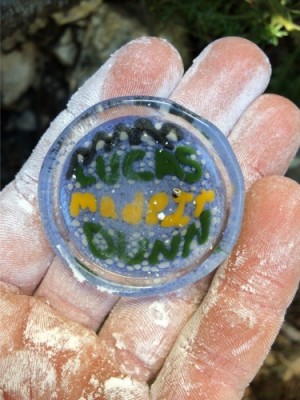 magnetic personality and sense of humor.

His peers have also found other ways to live out his legacy and cope with the emptiness he left behind. Samuel Taylor, another CSUSM French student inspired by his story, made a coin out of glass with the inscription: Lucas Dunn: I made it. Taylor took the coin to the top of Mont Sainte Victoire - the mountain that Lucas planned to climb while in Aix - and left it at the top of the peak.

"Lucas continues to inspire and to touch his peers even in his death," said Anover. "That is how wonderful Lucas was and continues to be."