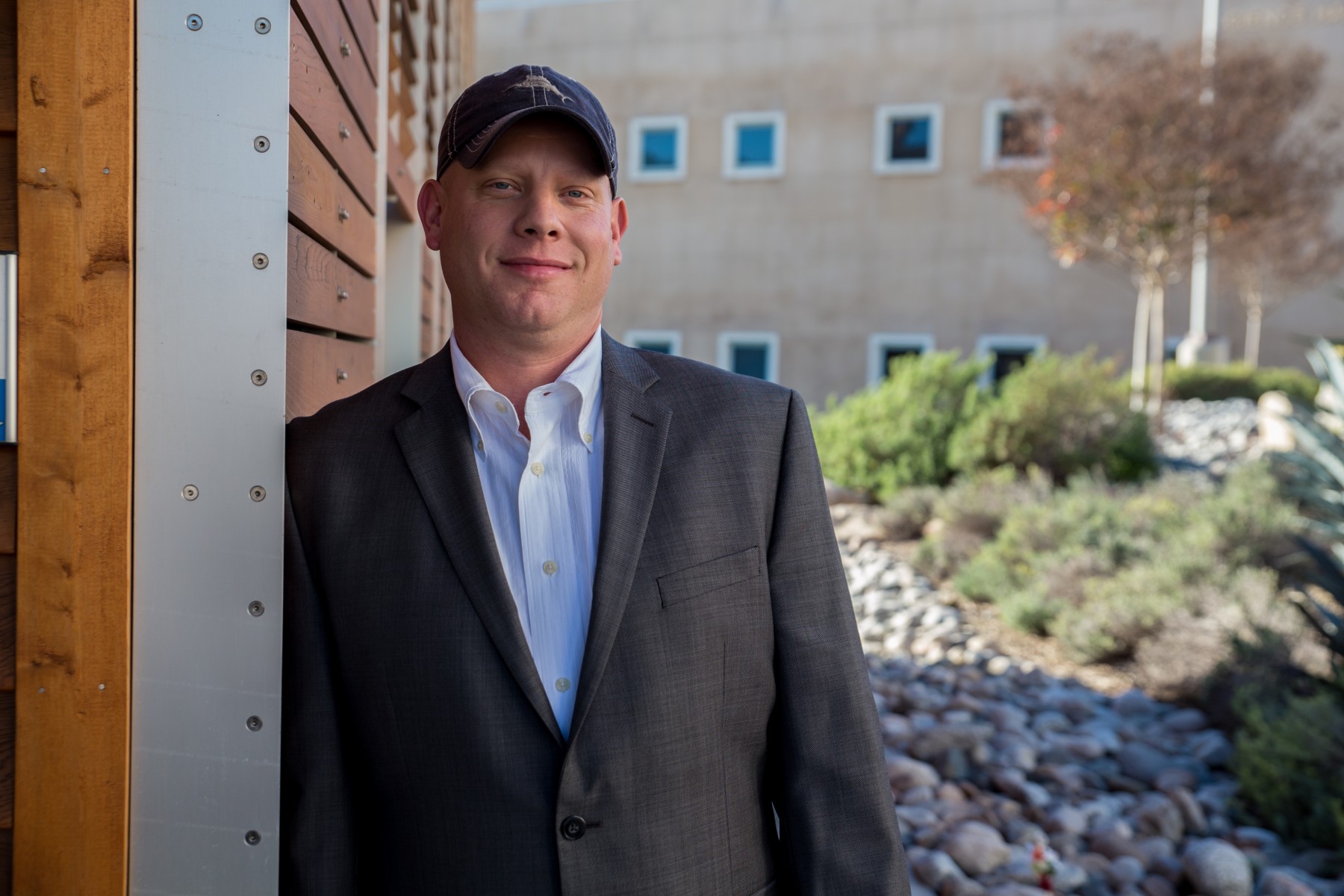 Michael Wood
Michael Wood, who served 12 years of active duty in the Marines, will graduate from from CSUSM with a bachelor's in communication in May. Photo by Christine Vaughan

Michael Wood always encouraged Marines under his command to pursue an education.

Michael, who was on active duty for 12 years, did everything from offer to let them go home early to rearranging schedules.

But Michael never took classes himself during that time.

“I look back on it now and see that I justified it because I was always busy taking care of Marine Corps responsibilities,” Michael said. “But there were plenty of people in the Marines who were able to work on their degrees and education even while they were out in the field.”

Not only did Michael take steps to remedy that, he will cross the Cal State San Marcos commencement stage in May with a bachelor’s in communication.

“Michael has surmounted barriers that would likely seem insurmountable to most people,” said Patricia Reily, director of CSUSM’s Veterans Services. “From childhood setbacks that resulted from family instability to leading Marines in some of the most challenging combat situations our military has faced in the past 50 years, Michael has proven time and again to be indomitable.”

School was always a challenge, Michael said, as far back as elementary school when he prepared for spelling tests by writing each word up to 100 times just to get a C.

After high school, Michael worked in manufacturing factories for a few years before joining the Marines. The practical experience he gained in the military proved a far easier learning experience than the time he spent in a classroom.

“Anything that I was able to do with my hands or creating things, it was like, ‘OK, this makes sense,’ ” he said. “I was able to take on things that I didn’t fully understand yet and then actually teach them. That’s how I learned better – by teaching.

“But you can’t teach your way to a bachelor’s.”

When Michael left active duty to take care of his two sons, he remained connected to the military by joining the Marine Corps Reserve. He presented at Transition Assistance Program classes to help Marines who were leaving active duty. When he was done with the program he found that his competition for jobs on base had a decided advantage – they had a degree.

Michael enrolled at MiraCosta College with plans to study business, but his college career got off to a rocky start.

“That first semester was a nightmare,” he said, noting that he failed his first class.

Michael persevered to earn his associate’s in social and behavioral science. While at MiraCosta he met Vicki Hernandez, CSUSM’s assistant director of Veterans Services, who recommended that he speak with John Segoria, director of CSUSM’s Disability Support Services. Michael credits Segoria for helping to guide him toward the communication major, which proved a better fit for his career goals than business administration.

“Michael returned to school after his military service was completed and had to really learn how to function in an academic environment with a multitude of service-connected disabilities,” Segoria said. “Michael worked very hard to compensate for the impact of his newly acquired disabilities and is on track to finish his degree this semester.

“Michael’s academic success is a testament to his never-quit attitude and his strong desire to reach his goal of completing his bachelor’s degree.” 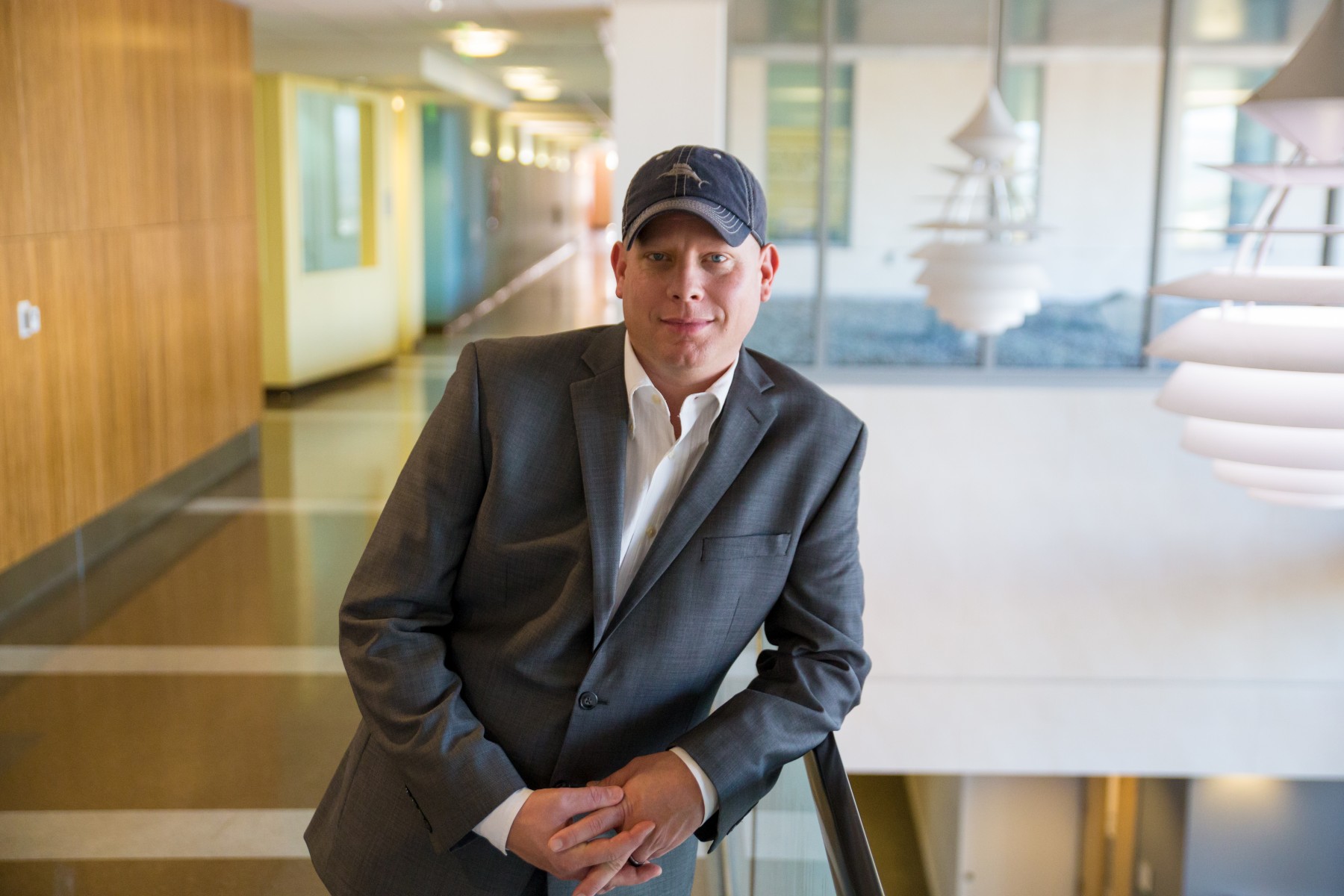 Michael Wood
Michael Wood, who served 12 years of active duty in the Marines, will graduate from from CSUSM with a bachelor's in communication in May. Photo by Christine Vaughan
“

“I see value in being able to help veterans by telling them about my experience and saying, ‘I know you can do it, because I did it.’ ”

Michael has a long list of accomplishments on the way to earning his degree.

In November, he helped organize the inaugural TEDxCSUSM event, which featured eight guest speakers tackling some of today’s leading issues. The event sold out and one presentation has had more than 62,000 views online.

Michael also started his own film production company, Never Forgotten Media, which focuses on creating videos for businesses and nonprofits.

At 42 years old, he knows how important it is that he pursued higher education. A father of five, Michael’s oldest son is now 15. It was just a few years ago that he told his dad that he was going to attend college right after high school.

“I sort of grabbed ahold of that and knew that I wasn’t only doing this for me,” Michael said, “but for my kids and the people I want to help.

“I see value in being able to help veterans by telling them about my experience and saying, ‘I know you can do it, because I did it.’ ”