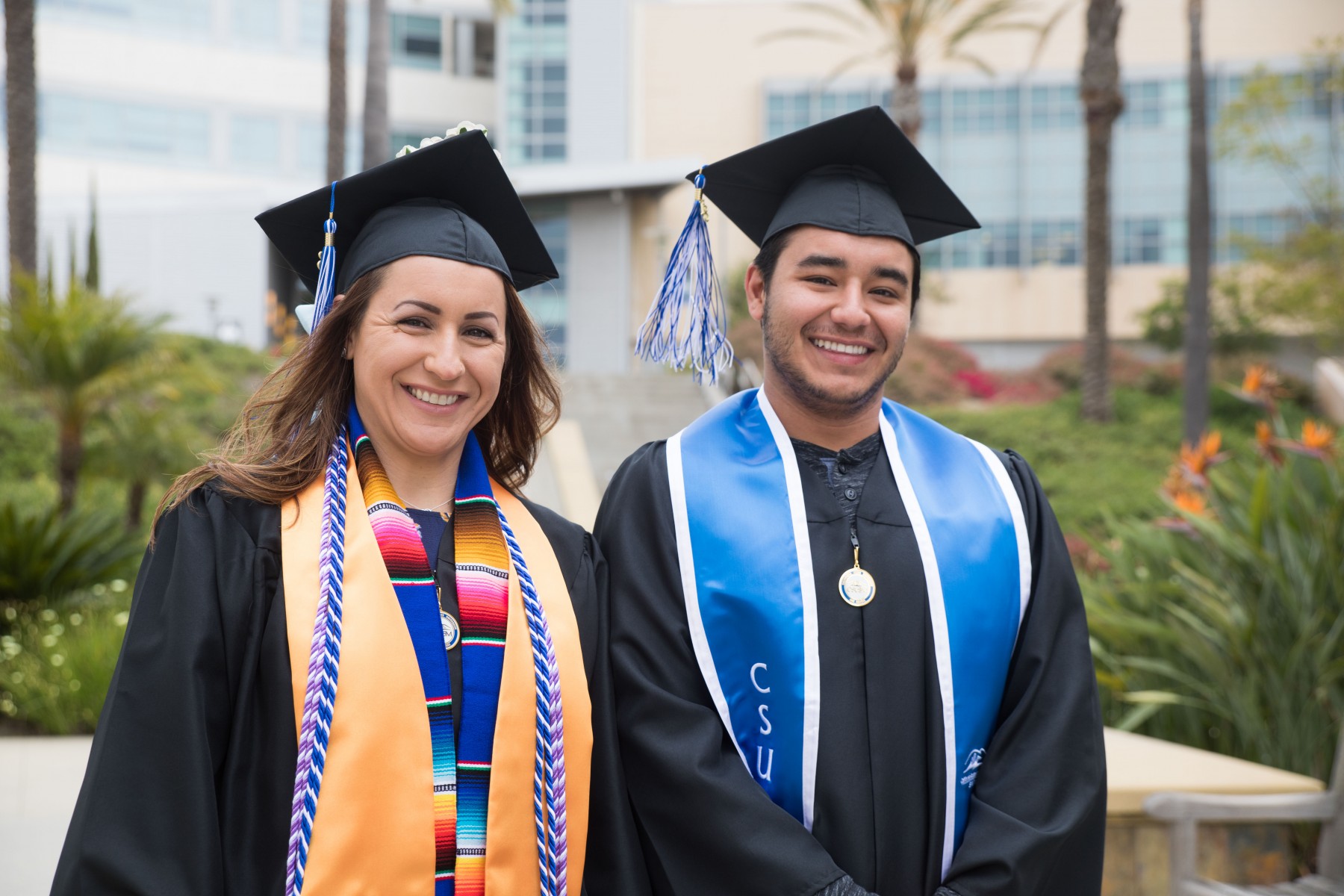 Mother and Son Graduate
Mariana Arevalo and her son, Angel Vidrio, are both graduating from Cal State San Marcos this month. Photo by Andrew Reed

The epiphany came when Mariana Arevalo was imparting a bit of parental advice to her oldest son as he was readying to enter high school. Education, she said, was of paramount importance. College, she emphasized, was the key to a better future.

“After that conversation, I started thinking, and it was like, ‘Why don’t I just show him instead of telling him?’ ” Arevalo recalled. “You know, walk the walk, not talk the talk. So I went back to school determined to pursue my lifelong dream of becoming a nurse.”

“It’s pretty cool to graduate with your son,” said Arevalo, 39. 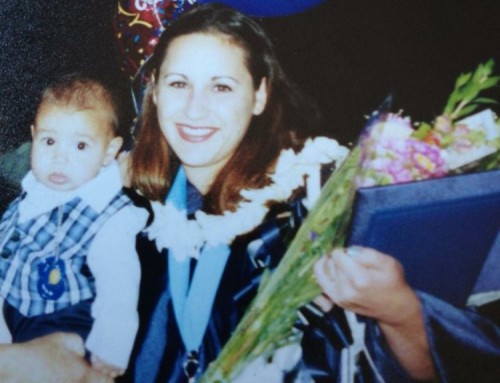 Both grew up in San Diego’s North County, Arevalo graduating from San Marcos High School in 1996 and Angel graduating from Vista High School in 2014. Arevalo had planned to go to nursing school after high school, but those plans were put on hold when she became a mom at age 17. Instead, she enrolled at a technical school and secured the training needed to work as a medical assistant for the past 20 years, including 16 at Rady Children’s Hospital in San Diego.

“Going to college wasn’t something I could do at that point,” she said.

That changed when her son entered high school. She enrolled at MiraCosta College as a returning student in 2011. Raising three children (Angel has two younger brothers) and working full time, it wasn’t easy. Initially, one class per semester was all she could handle. But Arevalo persisted and earned her associate degree in liberal arts in May 2015.

She began the nursing program at CSUSM that fall. By that time, Angel was a CSUSM sophomore.

Said Arevalo: “At first, he was like, ‘Great mom. You had to go to the same college I’m going to? You couldn’t pick another one?’ But it’s worked out well. Our schedules are very different. We’ve crossed paths a few times and he’ll say ‘Hi.’ He doesn’t totally ignore me.”

It’s not that bad, Angel said. In fact, Angel, his brothers, his mom and stepdad, and his grandmother all live together just a mile or so from campus. “It’s not as though we don’t see each other.”

But there have been some comical moments.

“The first time we both went to school, my grandma dropped us off and we both got out with our backpacks and I looked at her and said, ‘All right. Have fun. I guess,’ ” Angel said.

The two occasionally run into each other on campus, but not often. Arevalo’s clinical work for her nursing program included assignments at Tri-City Medical Center in Oceanside, Palomar Medical Center in Escondido, the VA Healthcare System in La Jolla, and Balboa Naval Medical Center in San Diego, in addition to an externship at the UCSD Medical Center and an internship at Sharp Grossmont Hospital in La Mesa. Her pediatric rotation was at Rady Children’s Hospital. Between the clinical assignments, studying, and taking care of her family, she had to cut back her hours at work.

“It was brutal, I’m not going to lie,” Arevalo said. “At the beginning of every semester I kept asking myself, ‘Why am I doing this?’ But when you set a goal for yourself and you have the support of your friends and family, you do what you have to do.”

Once she passes the National Council Licensure Examination needed to start working as a registered nurse, Arevalo has a job waiting for her at Rady Children’s Hospital.

“It’s going to be beyond awesome to be able to stay at Rady Children’s Hospital and work with the nurses who have been my mentors over the years,” she said.

Angel will spend the next year at Palomar College preparing for his master’s program in genetic counseling. He’s hoping to enroll at UC Irvine in the fall of 2019.

“It was a great decision to come here,” he said of CSUSM. “I’m glad I was able to share this with my mom.”