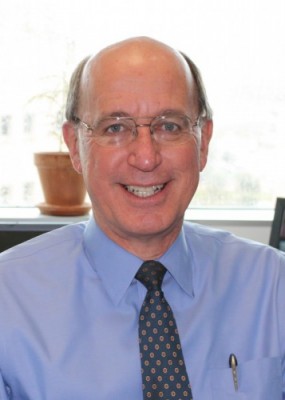 “Dr. Hamerly has acquired a cadre of stellar experience in academia as well as private and corporate business that has prepared him well to lead and guide the College from a unique, dual perspective,” said CSUSM Provost and Vice President for Academic Affairs Graham Oberem. “In addition to his exceptional teaching abilities, his leadership efforts have focused on supporting student success academically and professionally.”

Over the course of his three decade career in business, Hamerly developed a record of distinguished leadership, serving six years as corporate vice president of AOL Time-Warner, Netscape Communications Corporation and Pages Software, and as the founder, president and CEO of numerous companies. Hamerly also has ten years of corporate research experience at Xerox Webster Research Center and Palo Alto Research Center.

“I am humbled and honored to serve as dean,” said Hamerly. “I am excited about our college’s future and look forward to working with faculty, staff, students, alumni and community partners to advance our programs, while exploring new opportunities to maintain the college’s leadership position on-campus and in the region. I’ve enjoyed teaching and interacting with thousands of students in my ten years at CSUSM, as well as working with over 500 community partners, and look forward to this new challenge.”

Hamerly holds a Bachelor of Science from MIT, a Master of Science from UC Berkeley and a Ph.D. from Carnegie Mellon University in Electrical Engineering and Computer Science. He has had over 50 professional peer reviewed papers and presentations published in various journals, including the Journal of the Optical Society of America, Journal of Applied Photographic Engineering, Journal of Photographic Scientists and Engineers, Physics Today and Vision Research.