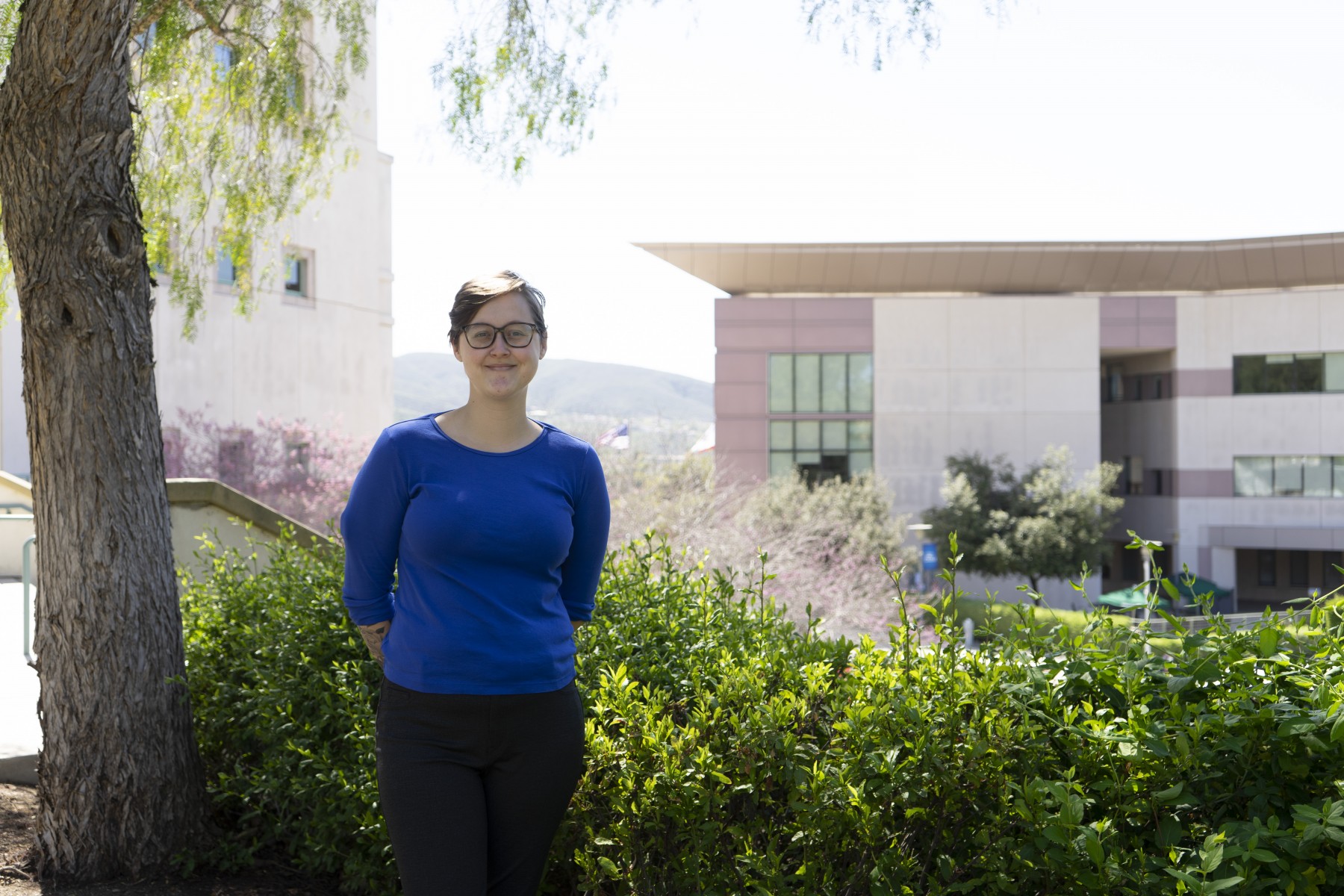 MJ Teater is a master's history student who's working an internship through the library on oral histories. Photo by Jamie Higgins

A love of history is in the genes for MJ Teater. Both of her grandfathers studied the subject in college, and her mother devours dense texts about such arcane topics as medieval English royalty.

“History has always made me the happiest,” said Teater, who’s partial to the modern civil rights era herself.

Teater earned a bachelor’s degree in history from Cal State San Marcos in 2018 and is now in her second year of the university’s master’s program, with plans to graduate in December. When an opportunity arose to do a paid internship through CSUSM’s library focused on oral history projects, she leaped at it.

Teater is one of four history graduate students working for the library this semester as oral history interns. The pilot program is intended to give the students a real-world taste of a vital public history activity of documenting the experiences and stories of the local community.

“While the learning component is an awesome part of this internship, we are doing actual work, and it will be encapsulated in the archives at CSUSM long after we all graduate,” Teater said. “Being paid makes my work feel valuable, and it gives me some footing for the future. I hope this is a trend that continues, especially at CSUSM.” 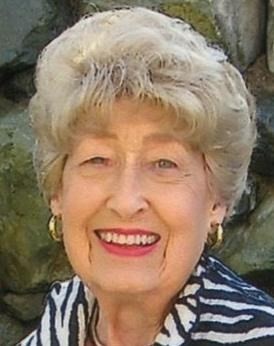 Teater and the other interns can be paid for their work thanks to the generosity of a Rancho Santa Fe woman with a deep and abiding love of history and libraries. Before she died last year, Ellie Johns set up a gift fund to support internships exposing students to the field of library science and archives.

The internships are funded by an agreement between CSUSM, the Rancho Santa Fe Foundation and the Library Guild of Rancho Santa Fe, Johns’ longtime former organization.

“Ellie was very passionate about the field of library science, and she wanted her legacy to reflect that,” said Jennifer Fabbi, dean of the library. “From the time I was first introduced to Ellie’s work in 2015, she was very clear about her desire to impact the futures of those interested in library work.”

Eleanor Rix Johns was born in California in 1924. Attending UC Berkeley as an English major, she met her future husband, Cecil “Seese” Johns, in 1943 and accompanied him as an officer’s wife in his assignments in Asia and Europe. She joined the occupation forces in Japan and served as a writer for Stars and Stripes.

After her husband retired from the military, the couple settled in Rancho Santa Fe. A lifelong lover of books, Johns became a member of the city’s library guild and served on the board as president and membership chair, personally recruiting more than 200 new members. As an early organizer of the Book Cellar, the guild’s used bookstore, she sought to create an ongoing income stream to support the guild. The result is a store staffed by volunteers that operates to this day and grows annually.

Following her time serving on the guild board, Johns moved on to become a librarian at the Rancho Santa Fe branch of the San Diego County library and worked for many more years, finally deciding to retire in her late 80s.

“Ellie was committed to education, the power of literacy and lifelong learning,” said Chris Sichel, president and CEO of the Rancho Santa Fe Foundation, which administers the endowment funding the initiative. “At RSF Foundation, we work with donors to establish ways they can support the causes closest to their hearts, even after they are gone, and this scholarship fund is one such example of the power of legacy giving.

“Ellie knew the value of being a lifelong learner, and her legacy will be carried out by people who visit the CSUSM library and find answers to their questions or are inspired to delve deeper and learn even more about how we better the future.”

Teater is now one of those people carrying out Johns’ legacy. She and the other library interns are working on an oral history project focused on Black, Indigenous and People of Color (BIPOC) who have created change in North County. Under the guidance of Sean Visintainer (head of Special Collections) and Jennifer Ho (Special Collections archivist), the interns are learning the ins and outs of the craft, and after spring break they will begin interviewing sources for the oral history.

Teater is also an intern for the Lambda Archives of San Diego, and she’s working with that organization on her master’s thesis about queer people of color during the rise and height of the AIDS crisis in San Diego. She plans to pursue a career in archives or library science and might enroll in a Master of Library and Information Science program as soon as the fall semester.

Johns, no doubt, would have been proud.