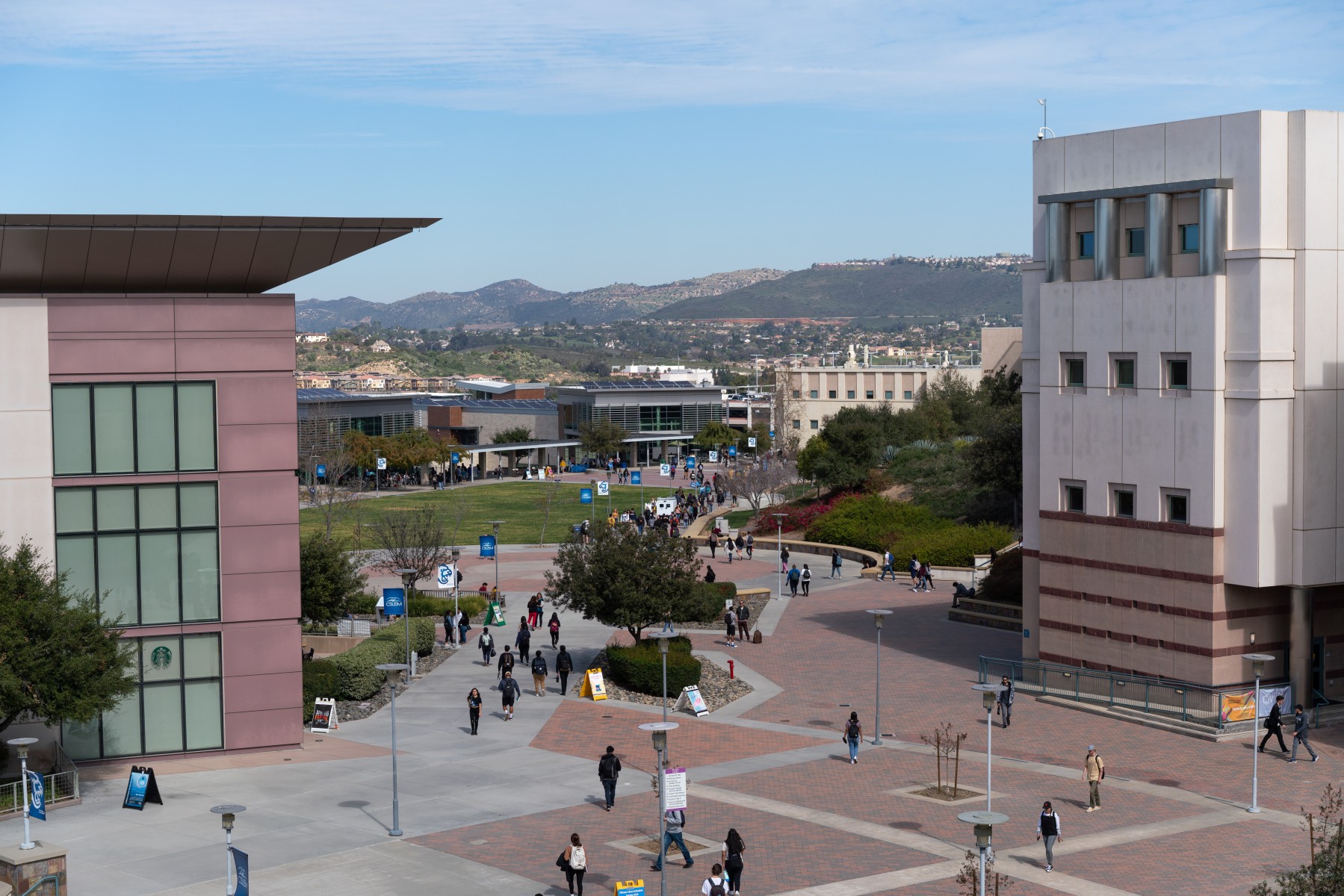 CSUSM, pictured last year before the pandemic, has a significant annual statewide economic impact, according to a new study by the CSU. Photo by Chandler Oriente

A new economic impact study commissioned by the California State University illustrates its significant and varied economic contributions to the state’s economy, including a return of nearly seven dollars for every dollar invested in the university by California.

At Cal State San Marcos, that return is even more striking. For every dollar invested by the state in the campus, $8.45 in statewide industry activity is generated. When the impact of the enhanced earnings of CSUSM alumni is factored in, the figure is even greater – $24.78 in total economic activity for every dollar invested – demonstrating the ripple effect that each dollar of spending by CSUSM and its students has on the state.

Some of the other notable examples of CSUSM’s annual statewide economic impact include:

“One of our missions at CSUSM is to be the economic engine of our region, to help solve our most pressing issues and prepare our students to be the leaders of a changing future,” CSUSM President Ellen Neufeldt said. “Higher education serves as a launching pad toward higher economic status, and CSUSM is proud to be a vehicle of lower- and middle-class social mobility that richly rewards the state’s investment in our students.”

The economic impact study utilizes data from 2018-19 and was conducted by global advisory and digital services provider ICF. As a state-supported institution, the CSU is reliant on the state’s General Fund allocation to fund the university’s operating budget. California’s increased investment in the CSU over the past several years has resulted in growth in student success, with annual increases in graduation rates that have reached all-time highs under the university’s Graduation Initiative 2025.

The CSU’s annual statewide economic impact also includes $26.9 billion in industry activity throughout the state, $10.2 billion in labor income, $1.6 billion in state and local tax revenue, and the creation of over 209,000 jobs

“The California State University has long been recognized for the quality of its educational offerings and as an economic engine powering California, and this new report helps to further illustrate and quantify the consequential impact of the CSU on the Golden State,” CSU Chancellor Joseph I. Castro said. “A return of nearly seven dollars for every dollar invested in the university demonstrates the wisdom of continued bold investment in the university.”

The report also examines the CSU’s impact on several of California’s most essential industries as well as those positioned for growth, including agriculture, water research, biotechnology and health care, and energy and environment, among others.