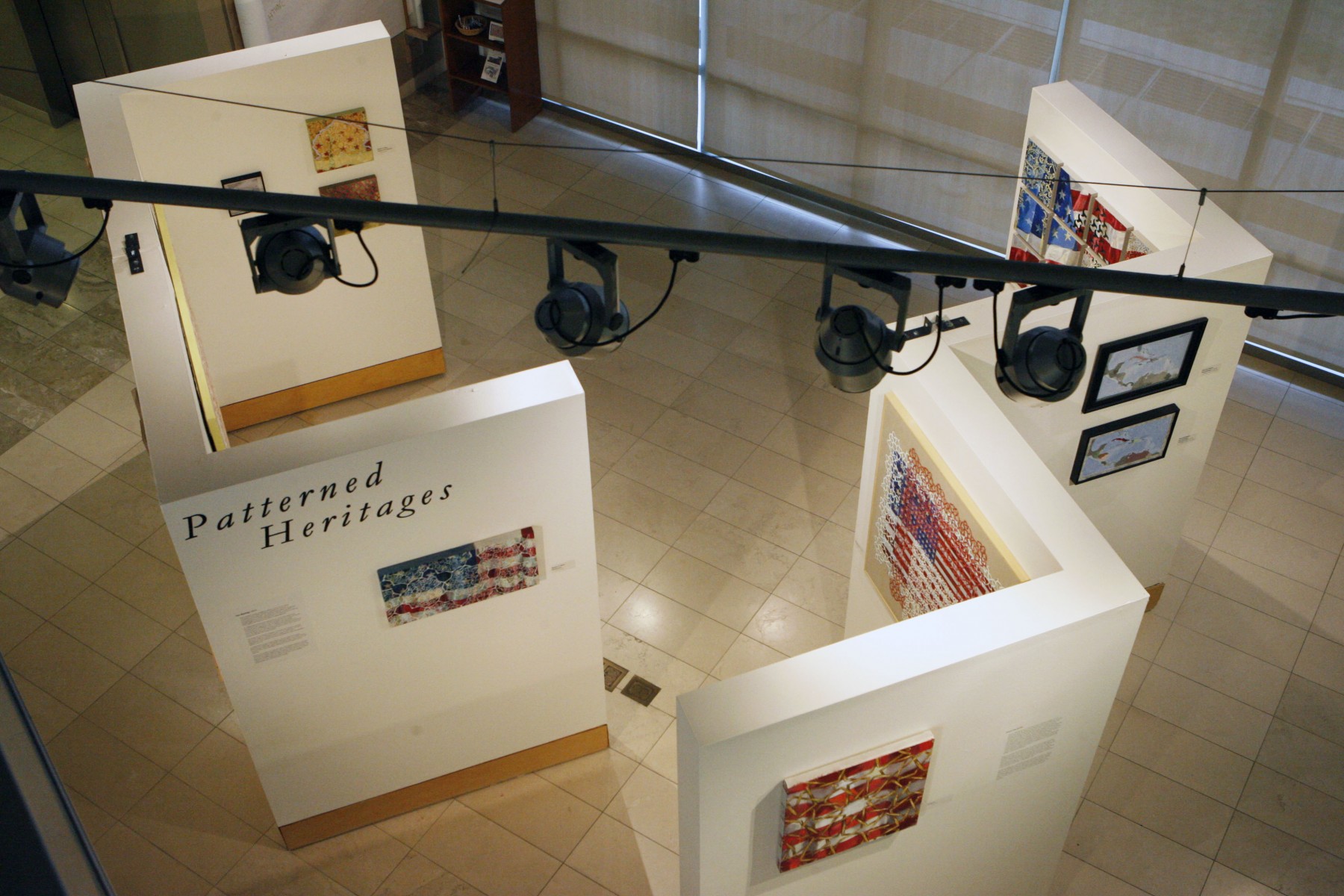 A collection of work by artist Doris Bittar titled Patterned Heritages will be on display now through Monday, Dec. 14, 2015 at the Kellogg Library at California State University San Marcos (CSUSM). The exhibit area is on the third floor and is free and open to the public during all library hours.

“In regard to the paintings, I hope the viewer wonders about their own assumptions regarding the immigrant or migrant experience in the United States, and how it dovetails with being American in general,” said Bittar. “Much of my work is about straddling two cultures that seem to be at odds with each other: the American culture—whatever that is—and the Middle Eastern or Arabic culture, which I may define differently than others.”

There are more than 10 pieces on display for participants to explore. For more information contact the Kellogg Library at context@csusm.edu or visit the artist’s website at www.dorisbittar.com.

Where: Kellogg Library at California State University San Marcos, located at 333 S. Twin Oaks Valley Road. The exhibit area is on the third floor and is free and open during all library hours. Visitors may purchase a daily or timed permit in any general parking lot utilizing the daily permit machines.