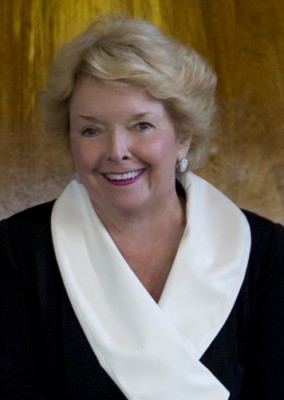 The Social Work Pioneer Program was created to honor members of the social work profession who have contributed to the evolution and enrichment of the profession. The Pioneer Program identifies and recognizes individuals whose unique dedication, commitment and determination have improved social and human conditions.

NASW Pioneers are considered role models for future generations of social workers. Their contributions are reflected in every aspect of the profession, as well as in the establishment of social policies and human services programs.

Haynes will be honored at the NASW Social Work Pioneers 13th Annual Program & Luncheon on Oct. 28 in Washington, D.C. The NASW is the largest membership organization of professional social workers in the world with 132,000 members.

Haynes is CSUSM’s longest-serving president and the senior president in the 23-campus California State University system, the first woman to hold that position. She has served for over 30 years as an academic administrator and is in her 23rd year as a university president, including 8½ years as president of the University of Houston-Victoria.

Drawing upon her experience as a social worker, Haynes has long championed higher education as an engine of social mobility and regional prosperity. Fifty-four percent of CSUSM’s 2017 graduating class were the first in their families to earn a four-year degree and 38 percent were from historically underrepresented backgrounds.

Under her leadership, CSUSM has become a first-choice campus for the region, with a particular focus on serving educationally at-risk student populations such as:

Haynes leads CSUSM with her eye continually trained on social transformation through access and education; increasing the educational attainment rate of students in the region; developing relevant degree programs that make CSUSM students in demand; and engaging with the community in unique and meaningful ways. She has overseen tremendous growth at CSUSM, including the construction of 10 new facilities, the addition of a Temecula campus, and the doubling of relevant new academic programs and career certificates.

Haynes has received numerous awards and honors for her work, including: