Mathematician to Speak About 'Reputation as a Gambler' at CSUSM 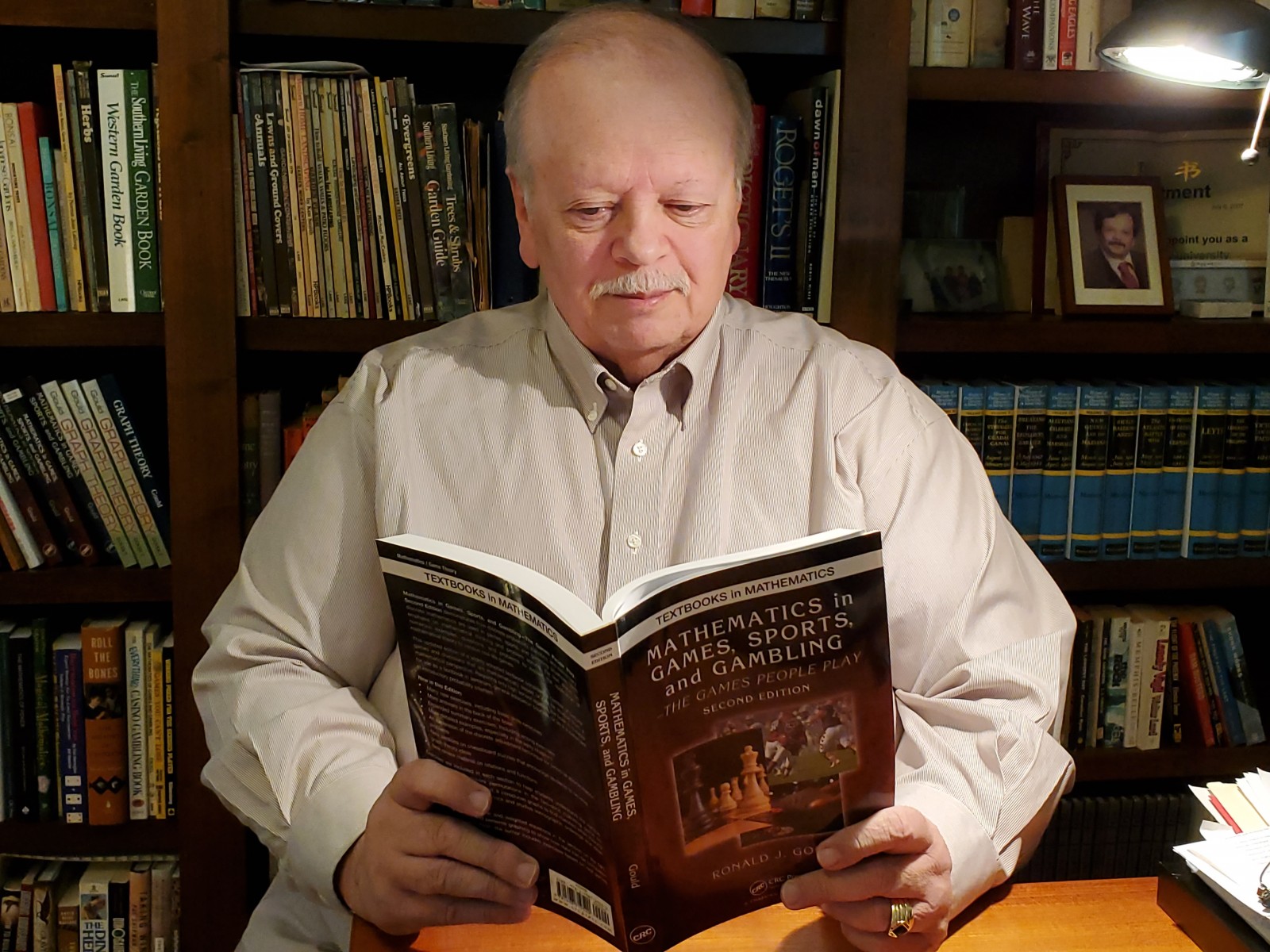 Ron Gould, a professor of mathematics at Emory University, will be the featured speaker at Cal State San Marcos’ Reid Lecture Series event on Thursday, Nov. 7.

Gould will talk about how developing and teaching a freshman seminar titled “Mathematics in Games, Sports and Gambling” at Emory in Atlanta has, over time, allowed him to acquire an international reputation as a gambler. He will show a few of the problems that he poses in the seminar, with a goal of illustrating to students that math is fun and has many uses, which are “simple” in that they require only high school algebra.

Sponsored by Librarian Emerita Marion Reid and Professor Emeritus K. Brooks Reid and hosted by CSUSM’s Department of Mathematics, the event is free and open to the public. The lecture will have broad appeal to the general public, including mathematically engaged high school students.

Gould is Goodrich C. White Professor Emeritus of Mathematics and Heilbrun Distinguished Emeritus Fellow at Emory. He has written two books – “Graph Theory” (1988, re-released 2012) and “Mathematics in Games, Sports, and Gambling” (2010) – and authored more than 180 papers and several book chapters. He earned his Ph.D. from Western Michigan University in 1979.

Doors for the event open at 5:30 p.m., with the presentation from 6-7 p.m. Gould will be available to sign copies of his books, which will be on sale at the event.

What: CSUSM’s Reid Lecture Series presents “How I Gained an International Reputation as a Gambler,” featuring professor Ron Gould of Emory University

Cost: Free, but tickets are required.

The university enrolls more than 16,000 students. With approximately 2,000 employees, the institution is a Great College to Work For® (The Chronicle of Higher Education). As a recipient of the annual HEED Award since 2014—a national honor recognizing U.S. colleges and universities that demonstrate an outstanding commitment to diversity and inclusion—CSUSM is committed to creating a diverse and inclusive environment.

Mathematician to Speak About 'Reputation as a Gambler' at CSUSM