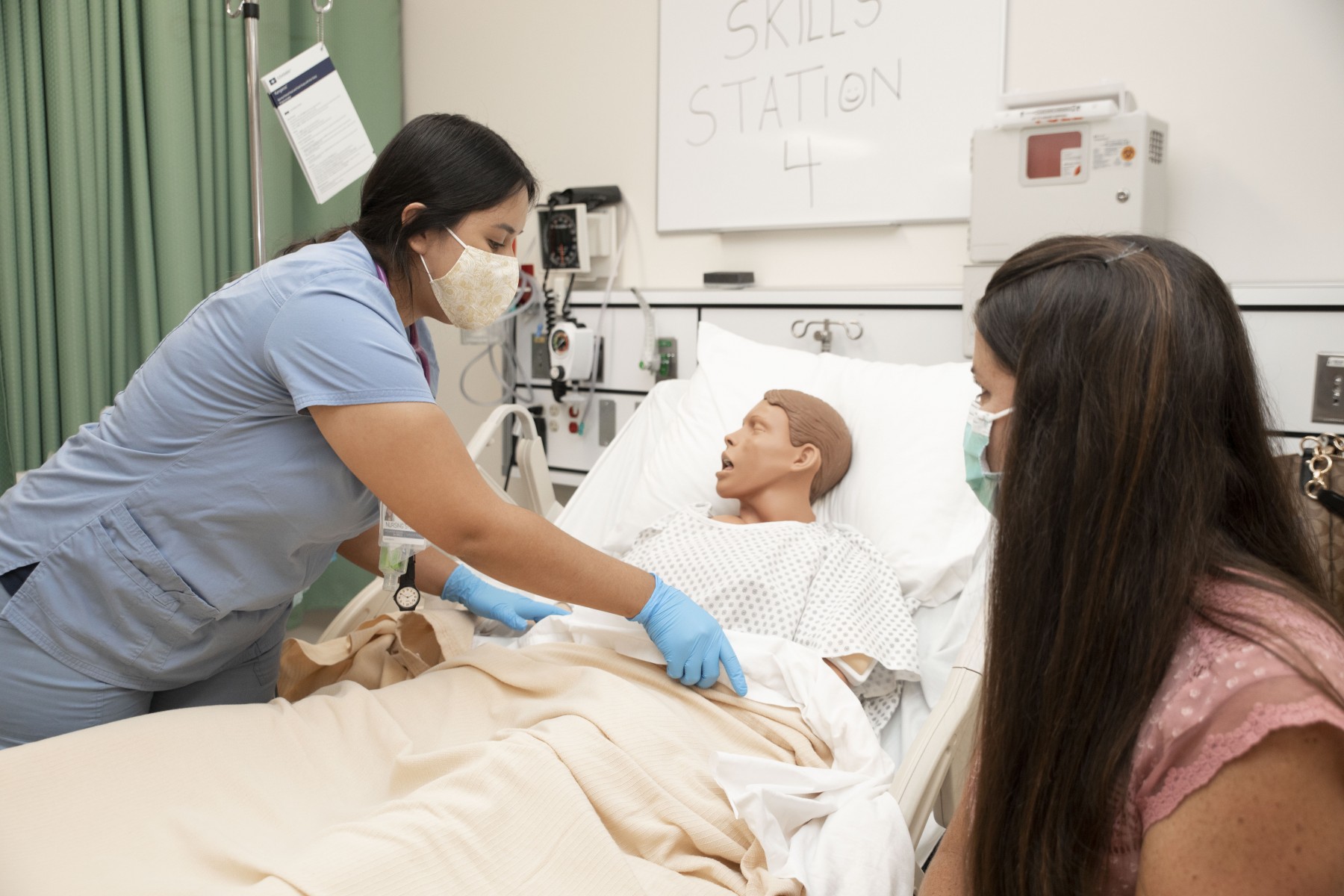 CSUSM nursing students work with a manikin in the simulation lab. The university has received a $200,000 gift to improve its existing nursing technology and equipment. Photo by Andrew Reed

Cal State San Marcos has received a gift of $200,000 from a Southern California foundation to further develop the existing nursing simulation and skills labs located in San Marcos and Temecula.

The donation is the first one that CSUSM has received from the Henry L. Guenther Foundation, a nonprofit charitable organization based in Seal Beach.

Funding will be used to equip three lab complexes with advanced technology and equipment, including virtual reality, simulation manikins and industry-standard instruments that will mirror real health care settings. The new immersive training labs will build a highly qualified and diverse nursing workforce to advance the health of residents in the region.

“Thanks to the generosity of the Guenther Foundation, the School of Nursing at CSUSM is able to advance its simulation capacity with the purchase of state-of-the-art technology that offers nursing students an opportunity to participate in faculty-guided, simulated experiences that prepare students for the real-world scenarios they will face during their clinical rotations and as practicing nurses after they graduate,” said Jennifer Ostergren, dean of CSUSM’s College of Education, Health and Human Services.

The funding from the Guenther Foundation will allow CSUSM to build upon its on-campus nursing facility that was renovated in 2014. That remake resulted in a 12,000-square-foot space featuring a larger nursing skills lab with 11 beds, a state-of-the art simulation theater and four mock exam rooms. CSUSM also has added several body-accurate manikins that allow students to engage in realistic patient-care scenarios.

With the new funding, CSUSM will supplement its current offerings with the following technologies:

Susanne Sundberg, chairman of the Guenther Foundation Board of Directors, said not only did CSUSM’s grant request fall within the foundation’s mission and areas of focus for funding, but that she was personally interested in it because her granddaughter is in nursing school.

“We know there’s a critical need for nurses in California,” Sundberg said. “The Board of Directors is confident that the simulation and skills lab as funded by the Henry L. Guenther Foundation will help increase a qualified nursing workforce in the state.”