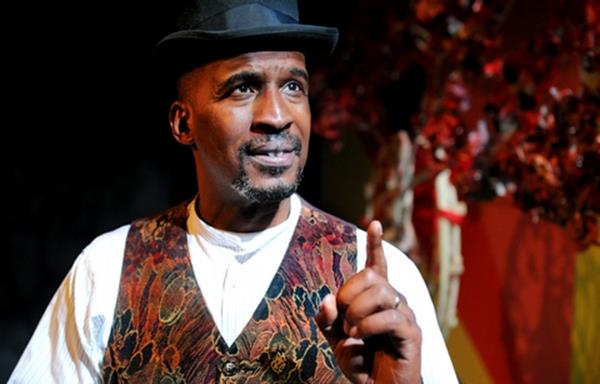 Self Made Man
Phil Darius Wallace as he appears in Self-Made Man: The Frederick Douglass Story. (Photo credit: Aaron Fedor)

On Thursday, April 9, California State University San Marcos (CSUSM) will host Self-Made Man: The Frederick Douglass Story, a new play written and performed by Phil Darius Wallace and directed by Melania Levitsky. A reception will begin in the University Student Union ballroom at 6 p.m. prior to the performance with a question and answer session following it. This event is free and open to the public.

According to the play’s website (www.frederickdouglassplay.com), Self-Made Man takes the audience on a journey with this American legend, the father of our civil rights movement. Frederick Douglass was born a slave and ultimately found his true freedom in forgiveness. Actor Phil Darius Wallace portrays 14 characters who influenced Douglass’ life, reconstructing the complexity and radiance of Douglass’ spirit on his path to becoming the leader who inspired President Lincoln and thousands of others who thronged to hear him speak. Wallace’s Douglass captures Douglass’ essence, his humor, outrage and charisma, bringing this self-made man alive like never before.

Self-Made Man is sponsored by several CSUSM organizations including the College of Humanities, Arts, Behavioral and Social Sciences; the Departments of Communication, Sociology, History, Literature and Writing Studies; the Global Studies and Ethnic Studies programs; the Office of Diversity, Educational Equity and Inclusion; Student Life and Leadership; Associated Students, Inc.; and the Engaging Diverse Dialogues Initiative.