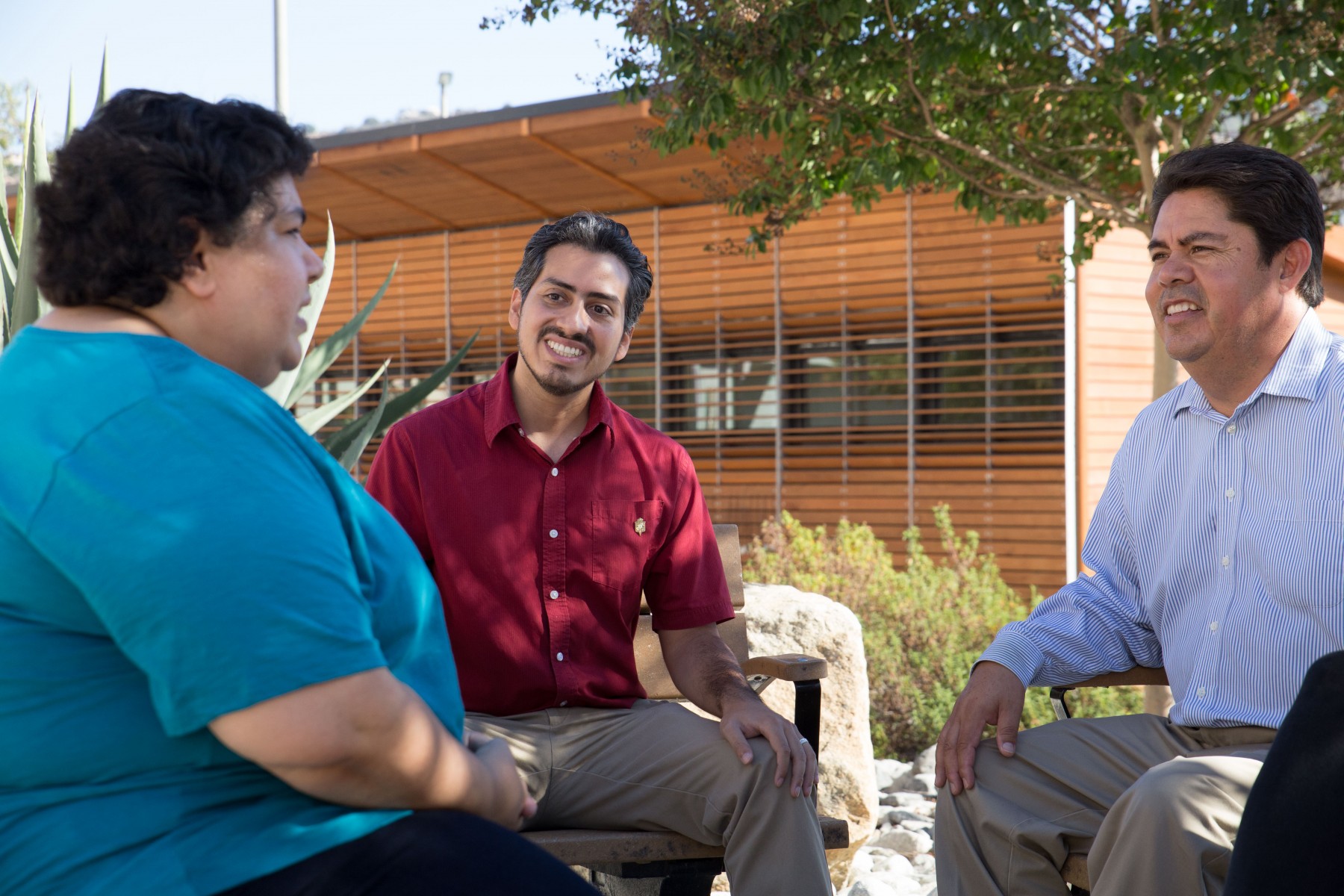 The Cal State San Marcos chapter of Sigma Delta Pi, the National Collegiate Hispanic Honor Society devoted to building appreciation for the Spanish language and Hispanic culture, has been recognized as the most outstanding chapter in the nation, and CSUSM Assistant Professor Cynthia Meléndrez has been selected as the national society’s chapter adviser of the year.

“It feels good to be honored and it speaks to the effort everybody put in to an organization that is really having an impact,” said Gisella Garay, who served as president of Sigma Delta Pi in 2016-17 before graduating with a master’s degree in Spanish last May.

Sigma Delta Pi was founded at UC Berkeley in 1919 and is the only honor society devoted exclusively to students studying Spanish in four-year colleges and universities. It offers scholarship programs for undergraduates, yearly research grants for graduate students, and lifelong networking opportunities for all. CSUSM’s Psi Epsilon was honored with the Ignacio and Sophie Galbis Award, presented each year to a chapter excelling in programming and activities that further the group’s purposes.

During the 2016-17 academic year, Psi Epsilon organized a Spanish poetry recital that attracted scores of students to hear professors and teaching associates present their works, a Día de los Muertos (Day of the Dead) celebration and workshop, an International Women’s Day exhibition honoring Latinas who influenced the Latino-American world with their achievements, a tutoring marathon to help students prepare for their finals, an end-of-the-semester bash, and more.

Psi Epsilon members visited virtually every Spanish classroom at CSUSM seeking new recruits. The result: a chapter that had a little more than a dozen members just two years ago now has more than 50.

“It’s important to maintain a presence and let the campus community know that we’re here,” said Diego Lecca, a native of Peru who is earning his master’s degree in Spanish literature and who took over as Psi Epsilon president after Garay graduated. “We’re hoping to build on the momentum and have an even stronger presence this year.” 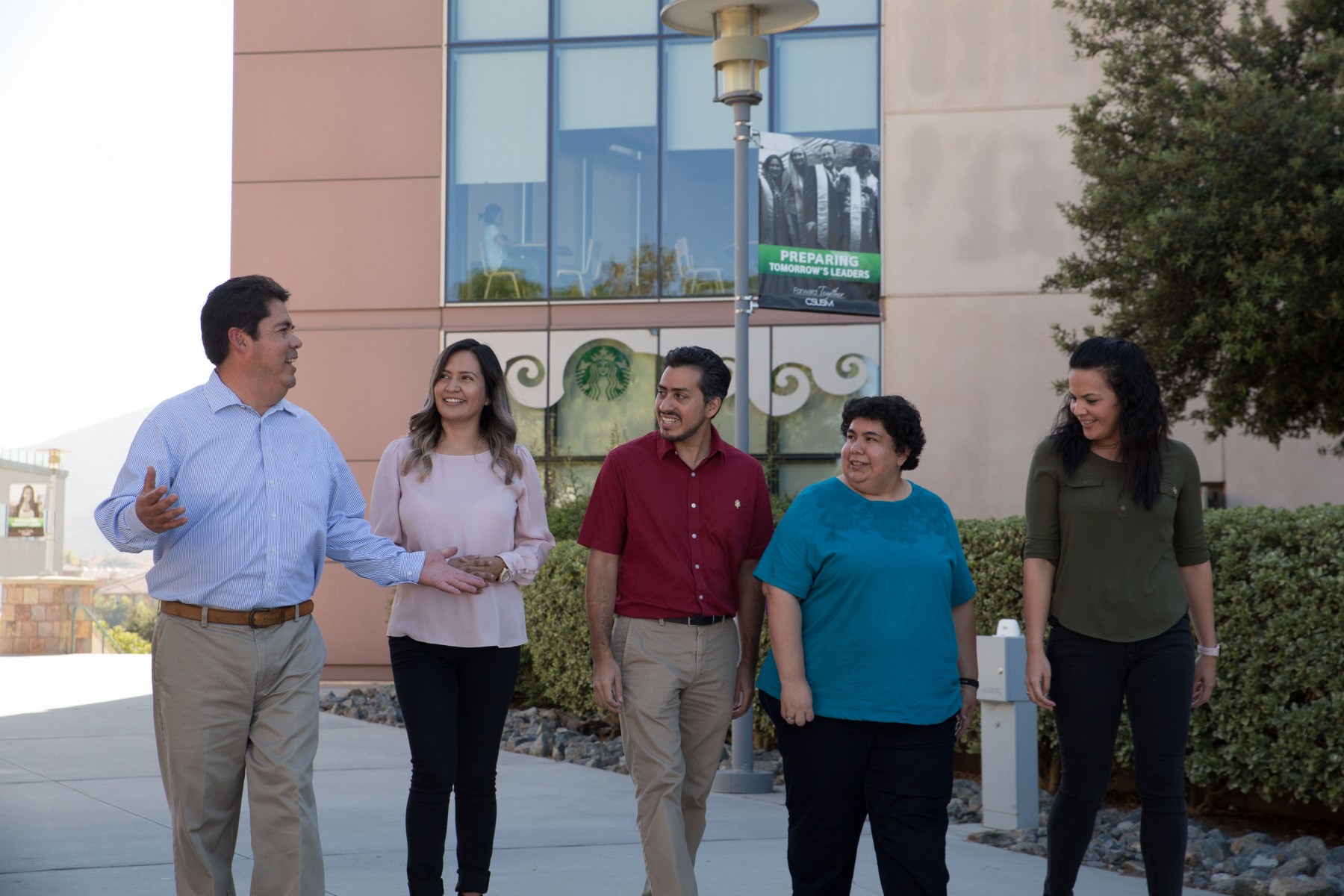 Meléndrez, honored with the Minaya Álvar Fáñez Award recognizing a chapter adviser for exemplary initiative in encouraging and assisting with chapter activities, said her recognition is a byproduct of what Psi Epsilon accomplished.

“This is about a group of hard-working, dedicated students who are developing outstanding leadership and public speaking skills, about being proud of your language and your culture,” Meléndrez said. “It is not about me. I tell them, ‘If you are willing to work hard, I will help you, but it’s up to you. You are the ones who have to put in the work.’ And they are the ones who did the work, not me.”

Lecca said Psi Epsilon already is on track to expand upon the advancements the honor society made last year, and the results have been positive. Nearly a dozen new members have pledged to join the CSUSM chapter, which is receiving an abundance of support from faculty and staff, and Psi Epsilon leadership is planning at least five events – including another Día de los Muertos – in the coming months. In addition, Meléndrez said the group is aiming to send a pair of CSUSM students to a Sigma Delta Pi conference in Spain next year to hone strategies at developing innovative programs.

“We’re working hard to be as active as we can,” Meléndrez said.