Two Honorary Doctoral Degrees to be Awarded at CSUSM Commencement

California State University San Marcos (CSUSM) will bestow two honorary degrees at its 2015 commencement ceremonies. An Honorary Doctorate of Humane Letters will be awarded to retired business and civic leader Joseph E. Bear at the 1 p.m. ceremony on Friday, May 15, and an Honorary Doctorate of Fine Arts will be awarded to influential jazz alto saxophonist Charles McPherson at the 1:30 p.m. ceremony on Saturday, May 16.

Honorary degrees recipients are selected by a campus committee of faculty and staff from recommendations made from CSUSM students, faculty, staff, alumni and the greater community. Suggested recipients of the award are then forwarded by the committee to the president for approval after which they are sent to the chancellor of the California State University (CSU) system. The CSU Board of Trustees makes the final determination and awards the degrees in the categories it considers most appropriate.

The following is biographical information on the recipients: 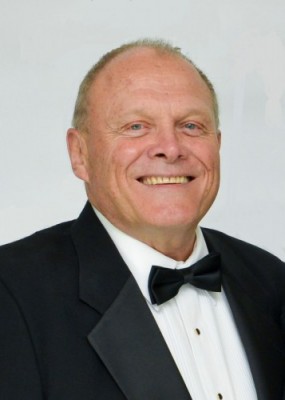 Joseph Bear is an influential business and civic leader whose devotion to California State University San Marcos over the last 25 years has improved the future for countless individuals for generations to come.

A 40-year resident of San Diego County, Bear has enjoyed a highly successful and distinguished professional career. He is the retired president and CEO of Hughes-JCV Technology Corporation, a pioneer in large-screen video and graphics projectors. Over the years he has been active in a variety of philanthropic organizations throughout the region, including serving as president of the Rotary Club of Carlsbad and board member of the Carlsbad Charitable Foundation. In 2011 Bear was named North County Philanthropy Council’s Volunteer of the Year.

Since its earliest beginnings, Bear has been a committed partner to California State University San Marcos. A trusted advisor to each CSUSM president, he volunteered to help launch the Office of University Advancement in the 1990s. He was a founding member of the President’s University Council, serving as chair from 2006 to 2010. He brought to the role a rich history of local involvement and detailed familiarity with the issues and concerns of the region. As a founding donor, Bear's passion continues as he currently serves not only on the University Council but the College of Science and Mathematics Advisory Council and the Applied Science and Innovation Hub Task Force as well. In addition, Bear has helped countless students achieve success at the university level and beyond, embodying his focus on helping others and the community as a whole.

Bear’s passion for higher education has also been evident at the University of California, San Diego in varying capacities such as executive director of the Jacobs School of Engineering and the executive director of the Executive Program for Scientists and Engineers. He is a lifetime member of The Institute of Electrical and Electronics Engineers. 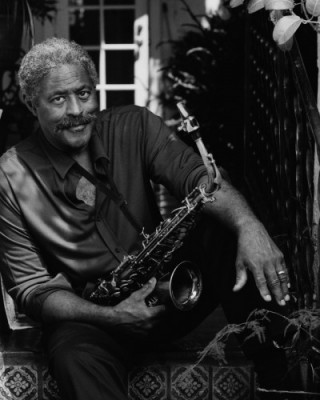 Charles McPherson, a jazz alto saxophonist, has enjoyed the respect and admiration both of his fellow musicians and the general public. An influential figure in modern mainstream jazz for decades, he has provided inspiration to countless musicians of all ages, exemplifying the mission of the California State University to advance and extend knowledge, learning and culture while providing opportunities for individuals to develop intellectually, personally and professionally.

Born in Joplin, Missouri, in 1939, McPherson has taken an eventful journey of musical discovery and sharing that has included formal and informal education with acknowledged masters of jazz such as Barry Harris and Charles Mingus. He has lived and worked in Detroit and New York, and has performed and conducted clinics throughout the United States, Europe, Japan, Africa and South America.

Over the course of his career, Mr. McPherson has recorded over 30 albums as a leader, performed concerts and festivals in such venues as the Lincoln Center and Carnegie Hall and worked with Mingus, Harris, Art Farmer, Toshiko Akiyoshi and Wynton Marsalis, amongst others. His music was featured in Clint Eastwood’s Bird (1988)—a biopic on the life of Charlie Parker—and he also composed significant works for dance, such as his collaboration with the San Diego Ballet, Sweet Synergy Suite.

McPherson has performed at California State University San Marcos through the Arts & Lectures series and has also given performances and clinics for the university’s music classes. In each instance he demonstrated patience and a great capacity to listen and respond to students’ musical inquiries and concerns. In addition to teaching privately, McPherson has fostered numerous mutually beneficial relationships and collaborations with music educators and institutions throughout California and the United States. Through his performances and instruction he has had a direct or de facto influence upon many of San Diego’s musicians and educators. This is truly an extraordinary achievement, given the fact that jazz studies is a relatively fledgling academic discipline.

Two Honorary Doctoral Degrees to be Awarded at CSUSM Commencement