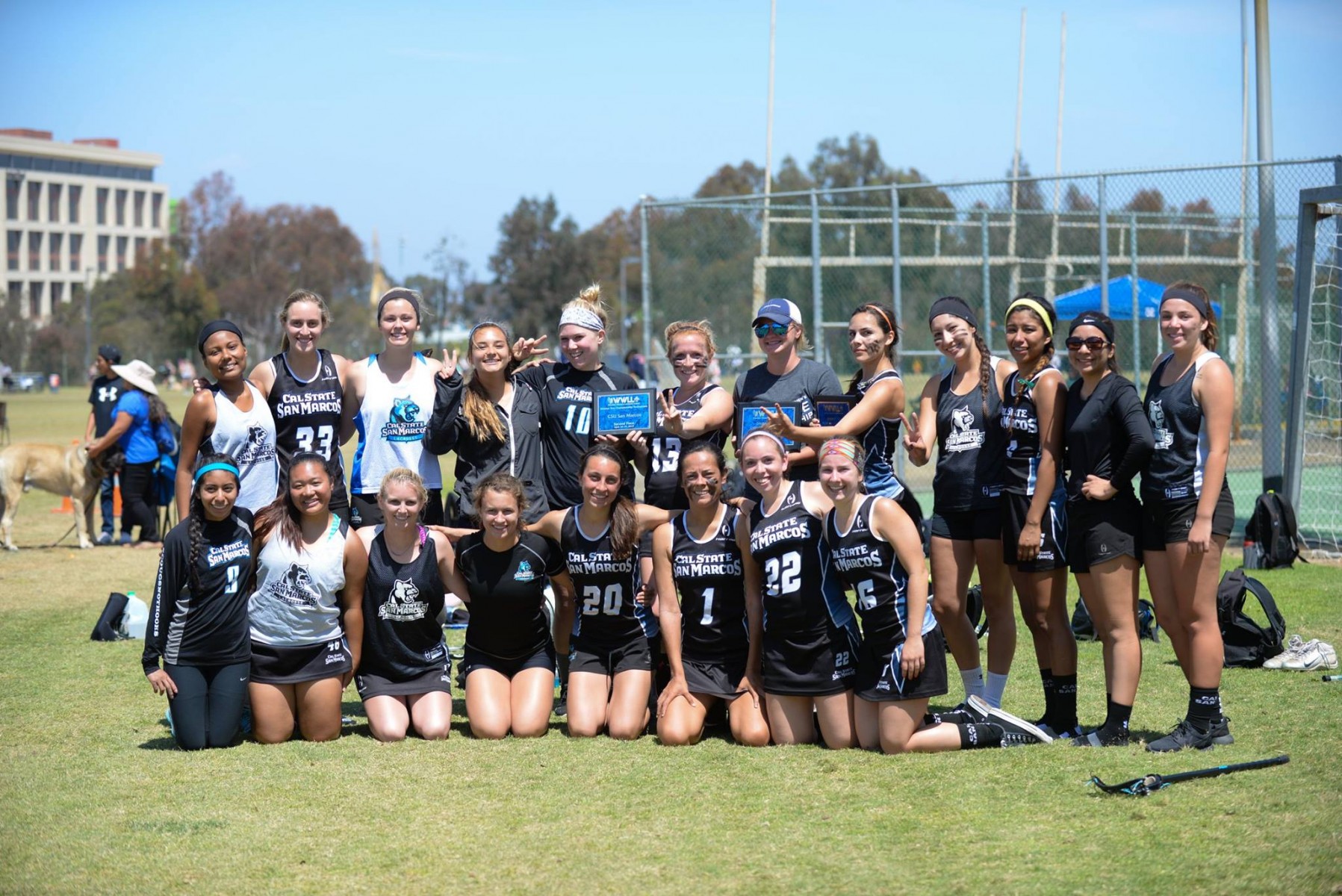 CSUSM brings a 12-3 overall record into the WCLA championship, taking second place in the Western Women’s Lacrosse League with an 18-8 win over CSU Long Beach at the April 18 semifinals.

The team, now in its fifth season, is a sport club managed by the Department of Campus Recreation. Although not a part of the CSUSM intercollegiate athletic program, they practice just like any other sport on campus. In fact, in preparation for national championships, the team is doubling their practice time on the field from four times a week to eight.

One major difference between sport clubs and the athletics program is that the student athletes must manage team operations themselves. This includes hiring a professional coach, fundraising and paying out of pocket through dues for travel expenses and gear. In addition, students are directly responsible for all aspects of the team’s budgeting, planning and scheduling.

“I'm so proud of every member on this team taking ownership and pride of the club’s success, and especially all the dedication they have put into practice and games,” said senior Megan Guilfoyle, the club’s president. “The national tournament is going to be the highlight of this season and is a testament to our hard work. We are prepared to train hard for the next two weeks because our goal is to go out there and show our opponents how talented CSUSM Women's Lacrosse is!”

The team has established a Go Fund Me account to help raise funds for their trip to Virginia Beach. For more information, visit: http://www.gofundme.com/csusmlax